Today we will deal with another analysis, which did not work exactly as we planned. Dogecoin! Last time, we wrote about this crypto-made-for-joke in the beginning of April. We were bearish, as the coin was in a down trend and below the major resistance on the 0.003 USD. Not that we were the only ones to be negative, the whole technical analysis was. Back in that day, we wrote:

„You will not be surprised if we will say that it is extremely bearish. First thing is the sentiment towards all cryptos and the second one is the fact that we are below a major resistance on the 0.003 (red). As long as we stay below that area, the chances to test the black support on the 0.0018 are very high. In my opinion we should get there relatively soon „ 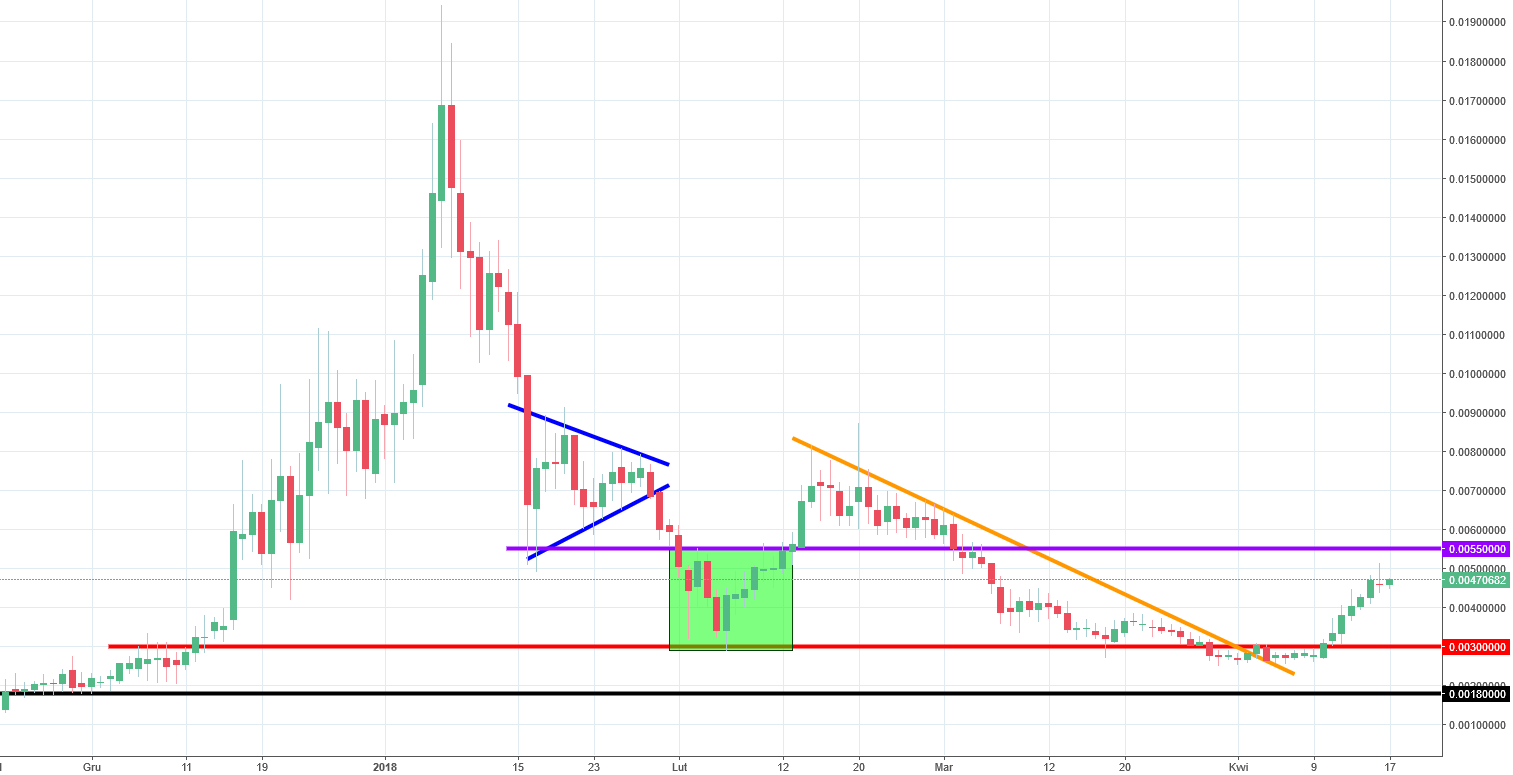 Few days after that piece was written, the price went higher and broke that red horizontal resistance. From 7th till 15th of April, all days were positive! From 0.0027 we went to 0.0051 so we almost doubled. I bow in front of this movement, I did not see that coming. Anyway, now, after such a strong rise, I can see two bearish factors, which are pointing towards the bearish correction. First one is the candle from yesterday, which is a shooting star and the second one is the fact that we did not reach the 0.0055 (violet) resistance. What is more, in the long-term, the price is still making lower lows and highs, so the trend is still negative.

Our current short-term view is rather pessimistic, so in the next few days we should see a decline.