Home - Forex Analysis - Cryptocurrency - Legal framework of Blockchain market is to be created in Switzerland
Cryptocurrency
by Mariami on December 17th, 2018

Legal framework of Blockchain market is to be created in Switzerland 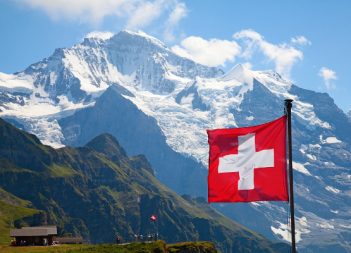 Cryptocurrencies and Blockchain is a relatively new thing and is all about the data privacy and decentralization, therefore many of the countries struggle to have a clear position and a framework for it, also they do not know how to incorporate it for their own good. As the blockchain industry is blooming all around the globe, it also gives governments a headache because of the possibilities of money laundering and terrorist financing issues that can be supported by the cryptocurrencies and Blockchain. At the same time, with the money digitalization, some think that countries and governments have to support integrating Blockchain and cryptocurrencies in their own system.

What will the new Blockchain strategy bring

Recently, the new strategy was announced by the government of Switzerland that aims the country to adopt a Blockchain-friendly jurisdiction that will position Switzerland as a major blockchain destination in the world map.
As a first step, the Switzerland government will create a legal environment for the blockchain industry. Introducing decentralized digital tokens across the business sector, especially in the financial one will – be the main focus of the Blockchain strategy. The possible outcome of establishing a new strategy is to give different startups possibility to perform financial activities without having a banking license. The need for acquiring banking license for such activities have been considered as a huge disruption when it comes to Fintech industries.  in addition to that, there is an idea to even get rid of regulatory “burdens” when different financial securities such as bonds and shares are traded through blockchain platforms, which of course will make trading a lot easier.

Major issues of introducing blockchain into the legal environment

As the Federal Council of Switzerland reports the distributed ledger technology and blockchain truly are the most promising developments when we are talking about digitalization. But at the same time, in their report, they also underline the major issues that comes with the blockchain industry and can be the matter of the dispute.  First and foremost it is a fact that most of the digital tokens are not supported by any tangible assets, such as government money. According to the reports, the law for this needs to be changed and only be applied to digital assets.

The second major issue is as mentioned above the possibility for the blockchain and cryptocurrencies to be used in money laundering and terrorist financing schemes.

Summing up, the report shows that the Switzerland government is slowly taking steps for future digitalization and with its new strategy supports cryptocurrencies and blockchain. At the same time, the Swiss government understands the issues that might arise while introducing a legal framework for the blockchain market and remains cautious with its way to becoming Blockchain destination.