Euro performance analysis and forecast for 2017 and 2018 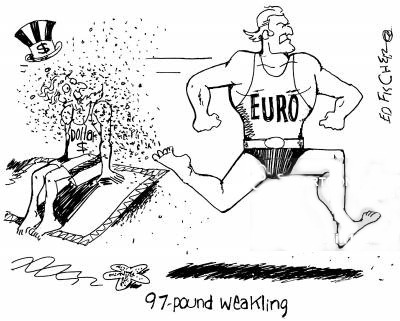 We are almost through with the third quarter of the year, and what a ride it has been so far. Now is as good a time as any to do a euro performance analysis for the year so far and make some predictions about the final quarter of the year and the next.

Euro performance analysis so far in 2017

At the start of the year, there were genuine fears that the euro would hit parity with the US dollar. US assets were in high demand from the excellent performance seen after the US general elections. Besides, the Federal Reserve had just raised interest rates from 0.5% to 0.75% toward the end of 2016, with three more rate hikes expected to come in 2017. Experts including Goldman Sachs’ chief economist had predicted a strong likelihood for the parity, but now we know it never happened.

In fact, the opposite has been happening all through the year, as the US dollar kept growing weaker all along. At the beginning of the year, the euro was at a low of 1.03 against the dollar, but euro performance rose to 1.20 by September, a growth rate of more than 16%. This had even broke the previous high seen in 2015. By April this year, Goldman Sachs had revised its recommendation to short the euro, and the company’s top currency market strategist even left.

Indeed, the expected rate hikes did occur, raising interest rates to 1% in March and further to 1.125% in June. The US economy did also grow, but it did so at a slower rate than that of the Eurozone. Inflation rates had been dropping in the US during the first half of the year mainly due to falling gas prices, nor did trouble with the US administration help the US dollar. Rising tension between the US and North Korea further put pressure on US assets, and that may have just been the catalyst to euro strength.

Meanwhile, inflation kept rising in the Eurozone especially in the third quarter of the year as oil prices rose. Furthermore, the various elections being held within Europe had a stabilizing effect on euro performance. Elections in France and Netherlands all strengthened the euro as they generated confidence in a united EU. Besides, Europeans are building better trade relations with other countries even though the US is either amending or scrapping existing ones.

From a technical analysis perspective, the euro is tending in overbought territory, following yearlong gains, but the fundamentals still favour further growth. Positive economic across Europe is a sign that policy normalization may just be around the corner. Back in June, Mario Draghi appeared hawkish, hinting at a possible stop to the quantitative easing measures currently in place. Since then, Europe’s economy has maintained steady growth and the inflation rates remain just under the 2% target level for the ECB.

Currently, though, there has been a massive correction on the back of Germany’s elections held on Sunday. The euro opened the week 50 points lower at 1.1902, and has since then continued dropping to 1.1772 at the time of publishing. Although the CDU party won the majority, it was only a narrow win, putting pressure on the anticipated unified Eurozone.

However, according to experts, the correction was due since the markets had just been pricing in the growth of the euro. They further explain that the correction is merely a bump in the road toward further growth propelled by a strong Eurozone.

Looking at both the fundamental and technical analysis, we expect further positive euro performance toward the end of the year, and perhaps even more in 2018.