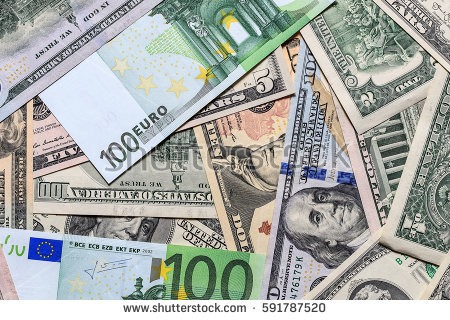 According to the latest Swiss Investment Bank UBS forecasts, the Euro will rise, the Dollar will trade mixed while the Pound and the Yen will fall in 2018. This might seem stark but a seasoned trader will do some comparison of forex brokers before investing. This means that an investor can buy the pound or Yen even though they are losing ground and still make a profit.

Forex trading relies on of pairing and picking the right broker. Despite the predictions made by the big boys in the industry, 2018 might behave completely differently from their expectations. It is, therefore, wise to go with the flow. Here are the major currency pairs to check out this in 2018;

Eurozone growth was on a low momentum in 2017 and this has brought about low EUR yields. The scenario is likely to continue in 2018. The European Central Bank (ECB) on its part is likely to enjoy more space under which it can introduce normalizing monetary policy measures. The expected result is that the EUR yields will be higher. The EUR curve is quite steep now. On the other hand, the USD curve has been persistently flat. Eventually, a convergence of the EUR/USD in the long-term fair value is likely to happen. By end of the year, this pair is likely to trade at 1.25.

The UK economy is decelerating and the Brexit negotiations are making the situation even more complex. The GBP will continue to be bearish in 2018. Even though the Bank of England is taking measures aimed at reasserting the GBP’s position globally, these moves are coming only after weaker rather than stronger macro fundamentals. Many are hoping the Brexit issues will be resolved without causing too much damage to the British economy. However, to be realistic, the talks might deteriorate further. By end of the year the GBP/USD to be trading at 1.32.

Currently, the Prime Minister has a super-majority and this means that the BoJ may continue with its accommodative stance. In return, this means that the USD/JPY will be higher in 2018. The inflation will rise and the yield curve will most likely be adjusted upwards. This will then make the Yen more stable and finally, this will lead to it being stronger and the economy performing better. There will be an increased demand for the Japanese bonds as a safe haven asset. However, the lack of a crisis to drive a rally in refugee currencies will work against the yen. By end of the year the USD/JPY to be trading at 122.

Currently, the AUD is being supported by a positive global backdrop. Low inflation, solid global growth plus back-end yields have played an important supportive role in 2017. This trend should continue into 2018. Moreover, Australia continues to run a positive balance of trade. On the negative side, the Chinese economy is likely to decelerate even more this year. This will then reduce Australian export outputs and this will definitely put a strain on the AUD. By end of the year the AUD/USD to be trading at 0.81.

The oil prices which are currently bullish will continue to be so in 2018. This will in return help the CAD become stronger. On the other hand, the BOC which has a hawkish stance on the currency will maintain the same stand. In return, the currency might go down and the USD/CAD may reach 1.33 by the end of 2018.

Rising political uncertainty after the formation of a new government has held the NZD back. The rising inflation may sway the Reserve Bank of New Zealand’s hawkish stance to make a few rate hikes in 2018. There is the risk of the Chinese economy slowing hence cutting demand for a wide range of New Zealand’s exports. By end of the year the NZD/USD to be trading at 0.73.