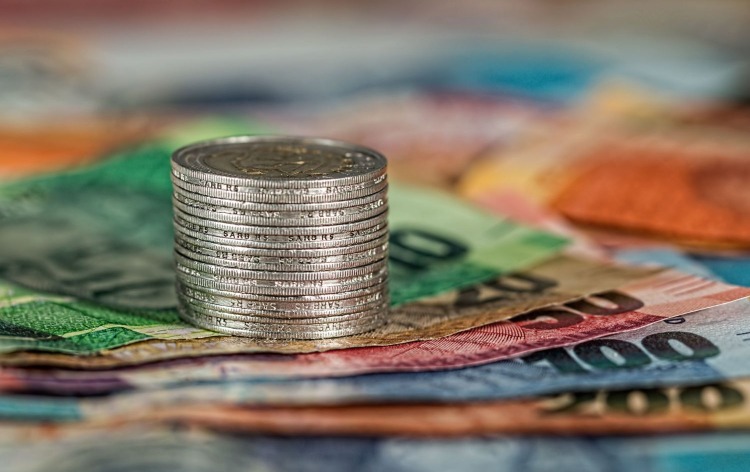 Recently, the increase in the price of JPY was mainly influenced by the situation in the US. Because USD is regarded to be another safe haven currency, just like JPY, because of the ongoing events in the USA, most of the people decided to invest in JPY just to stay safe.

USD has seen some problems in the recent weeks, one of the reasons for it was the first presidential debate of the year between Joe Biden and Donald Trump, after which, President Trump got tested positive for Covid-19. Because of this, many people decided to invest in JPY rather than USD. This has to give JPY the time to grow and increase in price, however, this trend has changed a little bit in the recent few days.

Thanks to the recent movements, not the market, NZD/JPY has managed to retrace its steps and is returning to a very similar level that was last seen before the start of the Covid-19 pandemic. However, the real implied yield for the NZD/JPY has worsened in 2020, which is putting downside pressure on the currency pair.

Also, as winter approaches and countries around the world continue talking about the second wave of Covid-19, the situation is getting very hard to predict. Although NZD/JPY has increased today, many experts are saying that because of the weaker real yield, the upside is very much limited.

Prices of NZD/JPY Over the Last Few Months 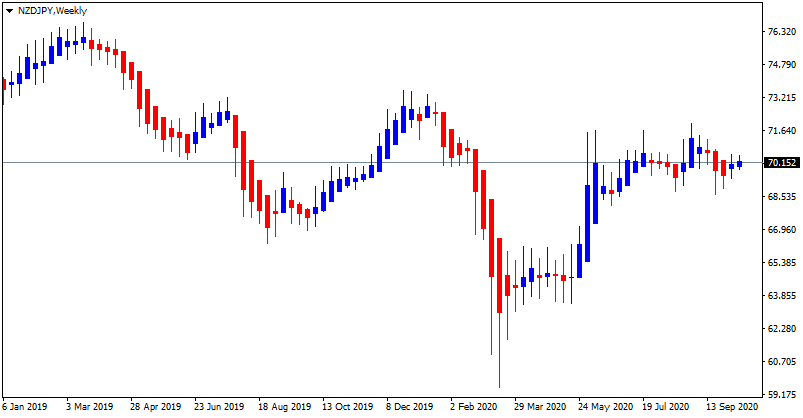 The Heiken Ashi chart shown above indicates the changing prices of the currency pair for the last several months. As it can be seen, the prices started dropping in early 2020, at the beginning of the Covid-19 pandemic. As with anything else, the pandemic had a huge effect on the price movements of this currency pair. Recently, the prices have been very stable, and one of the main reasons for it is the steps taken by the Reserve Bank of New Zealand, which is the national bank of the country.

The table above shows that the price of the currency pair was not stable for the whole year, however, it has started becoming a lot more stable. One of the main reasons for this change is that New Zealand proved to be very successful in the fight against the Covid-19 pandemic, which has given it a lot of chances to strive. This happened while the whole world struggled to fight against the virus, and because New Zealand was very fast to react, it managed to save its economy from huge damage.

Recently, the country has announced that it has won over the second wave of the virus as well, with only several dozens of active cases in the country, it stands to be one of the only ones that have managed to do so. However, experts are claiming that it is very hard to predict the price of the currency pair in the near future and coming days, because it could be very unstable, just like in the previous days.

Because of this, investors should not make decisions based on one indicator only. It is a good idea to watch out for the changes in the market, to make sure that they are staying safe and they are taking the right steps.

What can happen next?

The price of JPY is mostly influenced by both local events in Japan and events around the world as well, and since the US elections are coming, it has a chance of gaining up-trend in the recent weeks. Because of this, the NZD/JPY price has a chance of going down again.

Many experts on the market are saying that JPY in many cases is influenced by the uncertainty a lot, and because of the broader USD weakness, anything could happen, so it is very important that investors pay more attention to changes in the market.