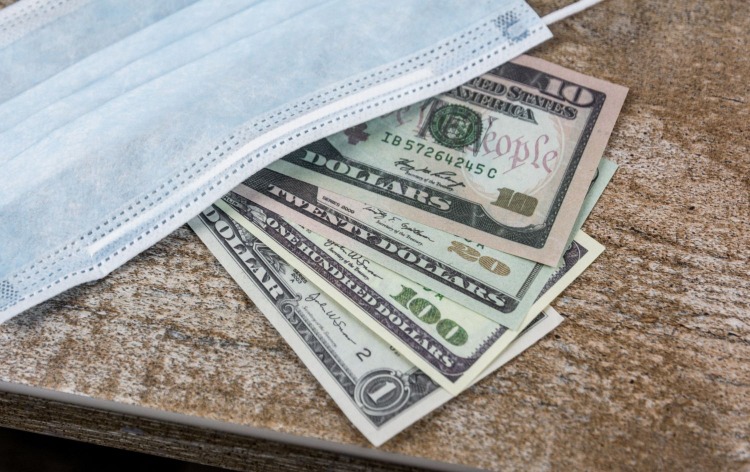 Recent developments on the market indicate the increasing price of NZD/USD. According to recent movements, NZD/USD is up 1.15%, experts claim there are many reasons for it. One of the major reasons seems to be the fact that New Zealand announced recently that it has once again won over the Covid-19 pandemic. As of now, there are only 41 active cases in the country and all of them are under quarantine.

After closing the previous few days lower, NZD/USD gained traction very quickly and successfully. The upbeat data from China is claimed to be one of the reasons why NZD managed to gather strength. On the other hand, the US Dollar Index continues falling for the third straight day on Friday.

The previous three days were negative for NZD as it has touched its lowest point in ten days and stood at 0.6546, but it staged a rebound of this Friday, at the time of writing, the pair is up 1.15% and stands at 0.6650, the news comes as New Zealand has not reported any new cases inside the country for a very long time now, giving the leadership of the country the ability to say that they have once again won against the virus that is spreading very fast around the world. 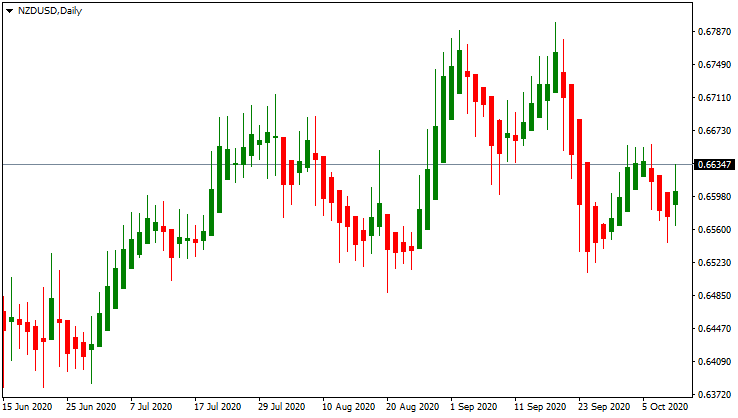 As the chart shown above shows, the price of the national currency of New Zealand has seen some movements over the last few months. From late June to late July it was increasing steadily, however, it went down pretty soon and had some unstable time during the summer. In September, the price went down significantly, and as this Heiken Ashi Chart shows, NZD/USD has remained on the downtrend for some time. It once again increased at the end of September, but went was down several days in October.

After a downtrend of several days, on Friday, the currency has increased. There are many reasons for it and as the experts are claiming, that it has the power to continue the increase in the next few weeks. As the elections in the United States are approaching, industry experts are claiming that the currency pair will increase again. However, as the outcome of the elections is still very unclear, Forex traders around the world having a very hard time deciding what to do.

The Reserve Bank of New Zealand is also working very hard to ensure the stability of the national currency, and as the current movements on the market show, the steps taken by the bank are working very well.

In total, there have been 1866 cases reported in the country, out of which 1800 have recovered and 25 have passed away. As of now, there are 41 infected people in New Zealand.

As the data from China shows, the business activity in the services sector in September has increased a lot faster pace than expected. This data from China provided a boost to China-proxy kiwi and helped NZD/USD increase, but in addition to this, the US dollar index, which continues to go down, allowed the currency pair to have huge momentum. As of now, the Dollar Index is down 0.25%, which has a huge impact on the price of the currency pair.

Also, as the elections in the country are coming up, it is affecting its price a lot. Some experts are claiming that the currency pair has the ability to use this situation for the future as well and it might be able to increase for the next several days. Also, there is another Presidential Debate that should take place on October 15, which can also influence further changes.