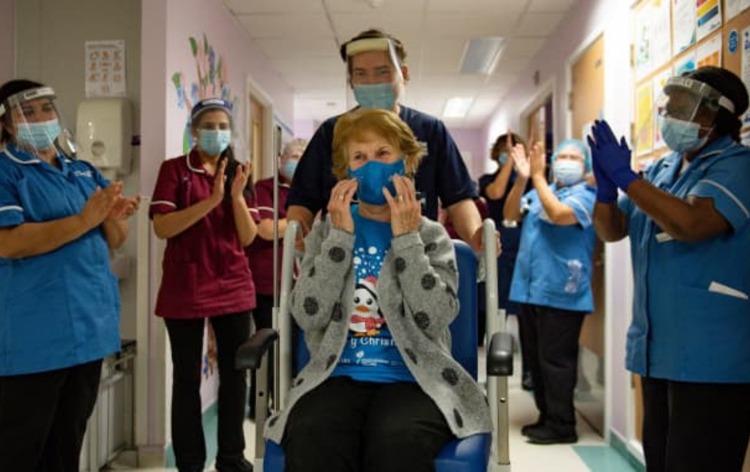 The Prime Minister of the United Kingdom, Boris Johnson has unveiled a plan to ease the lockdown in the UK. The four-step plan envisages that the country could see all restrictions being lifted by June 21. The country will start lifting its restrictions on April 12 by opening shops, hairdressers, gyms, and outdoor hospitality.

Starting from May 17, two households should be able to mix in homes, while the rule of six could still be applied in pubs. The PM presented its plan as a cautious yet irreversible act and noted that at any stage, the decisions would be made according to the data, and not the dates.

The previous market movements show that the steps take by the UK government are helping the pound. However, traders are advised to keep an eye on the developments in the market, including the statements of the Bank of England.

He also noted that the coming spring and summer are going to be a season of hope. Johnson called the plan a ‘one-way road to freedom’. The decision to ease the restrictions in the country comes after the ‘spectacular’ impact of the Covid-19 vaccine.

The first step of the plan envisages the opening of schools in the country, with outdoor after-school sports and such activities allowed. Starting from March 29, a gathering of six people or two households will also be allowed. However, the PM also noted that secondary school pupils will be required to wear face coverings and access tests. Between each step, there will be a five-week gap so that the government can analyze the impact of the changes.

Yesterday I set out our four-step roadmap to ease restrictions across England and provide a route back to a more normal way of life.

On Monday 8th March, schools and colleges across England will reopen, and teaching in classrooms can start again.

The state of GBP and vaccine’s impact

Thanks to the rapid vaccine rollout in the country, leading Forex brokers in the market are claiming that the demand for GBP is increasing. The market data show that the sterling should be able to extend its rally beyond $1.40. The country is doing much better in terms of vaccine rollout compared to the EU and the US.

This has helped the pound to become the best performing G10 currency in 2021, with as much as a 3% gain in pairs with the US dollar. The currency has managed to hit the three-year-high, which is a huge turnaround from the September/October lows.

The year-to-date gains of the currency are even more impressive against other currencies. The pound is up more than 5 percent to the Swiss Franc and Japanese yen. The country does not have the Brexit risk anymore, and the country is doing one of the best jobs in terms of vaccination, and many say that the country has the ability to recover much earlier than the US and EU.

The reopening of the economy of Britain matters a lot, maybe much more than for other developed economies. The government of the country also pledged that it will offer all adults the first Covid-19 shot by July 31, which has further prompted a rash of forecast upgrades on the pound.