Home - Forex Analysis - Currency - USD/MXN Up After a Few Days of Downtrend
Currency
by Charlie Roberts on October 12th, 2020

USD/MXN Up After a Few Days of Downtrend 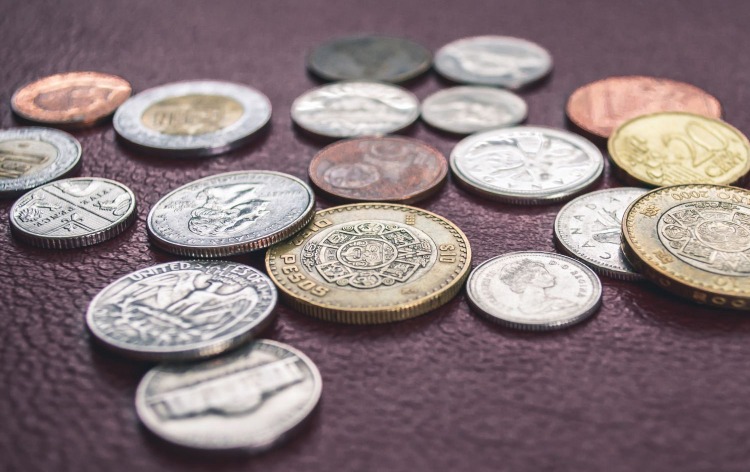 Recent movements on the market indicate that USD/MXN has increased a little bit after a few days of lows. The changes have several reasons behind them, one of them being the fact that the upcoming elections of the USA are very hard to predict at this point. Because of this, last week, the price of USD/MXN was pretty law.

The national currency of Mexico is very much dependent on the situation in the USA, and every little change has an effect on its price. Recently, many things influenced the price of USD/MXN, including the first presidential debate between Donald Trump and Joe Biden, and Trump testing positive for Covid-19.

Because of the above-mentioned reasons, USD went down in other pairs as well. If Biden ends up winning the upcoming elections, Peso could use this opportunity for future success. For several days last week, Peso used not so successful debate between Trump and Biden and Trump’s illness and it has taken only one direction, that of the rise. The current movements on the market, however, indicate USD is on rising.

The outcome of the upcoming presidential elections of the United States will have a significant impact on the price of the Peso, and if Trump continues his fight against illegal immigration, it could affect the price of the Peso a lot in the future. Forex traders in Mexico should look out for the changes and try to make decisions very carefully, keeping in mind the 2020 elections as much as they can. 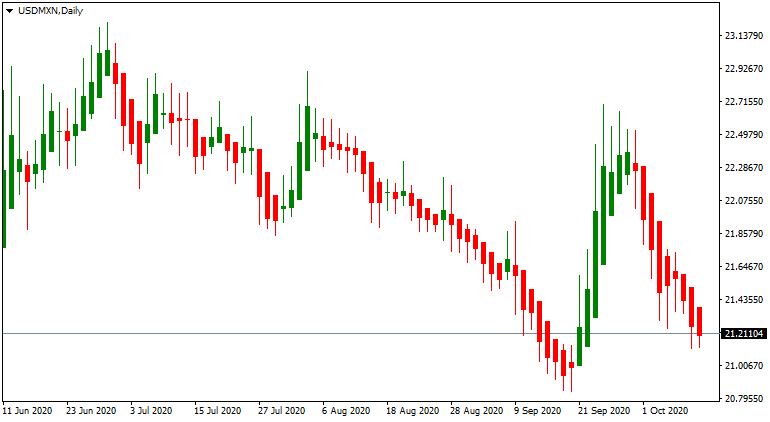 Experts are claiming that the ongoing events in the USA are having a huge effect on the price movements. Mexico is one of those countries that are getting the most affected by the immigration laws changing in the USA. Recently, the first presidential debate of 2020 between Trump and Biden had a very unforeseen outcome. Many people find it hard to tell which one of them actually won the debate, but it clear that the chances of Biden winning this election are increasing.

The price movements on the market are very much influenced by the debate. Shortly after the debate, Trump tested positive for the Covid-19, which further gave Peso the power to increase.

Yesterday, Trump announced that he has already recovered from coronavirus, and today’s little increase of USD could be connected to this announcement. At the time of writing, the price of USD/MXN is up 0.54% and stands at 21.2575.

Covid-19 also had a very serious effect on the price of the USD/MXN. As of now, the United States stands to be the most affected country around the world, having more than 7.9 million confirmed cases, and the numbers are increasing constantly. Compared to the US, Mexico has much fewer reported cases, which stands near 800,000.

Since the beginning of the virus, over 37.8 million people have tested positive for Covid-19, out of which more than 1 million have died. As the scares of the second-wave of the virus are increasing, the prices around the world are very unstable. Many countries have already announced that the second wave of the virus has already begun in their countries, and some jurisdictions are even adopting new restrictions to fight against the spread of the virus.

For the coming weeks, there are many things that could have an influence on the price of the currency pair, which includes the elections in the United States, the upcoming second debate between the candidates, increased Covid-19 cases, and many others. Investors should look out for these changes in order to make sure that they make the right decisions.