USD/RUB down 0.30 percent – reasons and results 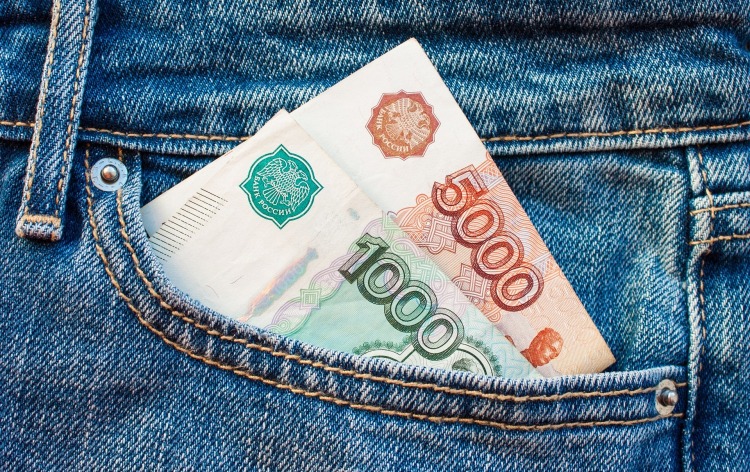 As the recent data on the market shows, USD/RUB is down by 0.30 percent. As of now, the pair USD/RUB stands at 77.3, the experts are talking about many reasons. One of the major reasons for these changes probably is the controversial outcome of the first presidential debate of the US 2020 elections between Joe Biden and Donald Trump.

Although the debates had some positive influence on the price changes, the price of RUB/USD shows that it also caused some trouble. Prior to the debates, the prices fell drastically, and it continues to do so now as well. The US dollar index has dropped a lot, more than 1 percent from the 94.7 points, and stands at 93.6 points now.

The fundamental reason behind the devaluation of the national currency of the United States of America is the return of demand to risky assets based on the expectations of stopping the pandemic and expanding the monetary stimulus of the largest economies.

All-in-all rubles did not disappoint the whole market expectations. The ruble is expected to strengthen further, and as it was said by many experts on the mark, the USD/RUB and EUR/RUB corrected by almost 1.5 percent after a total of two weeks of gains.

The fact that Russian companies are doing very well in the stock market is a great sign that it has a huge probability that the Russian ruble will not be peaking in the near future. As experts are saying, the currency has a huge chance of keeping the situation stable for the near future.

The changes in USD/RUB over the last few months 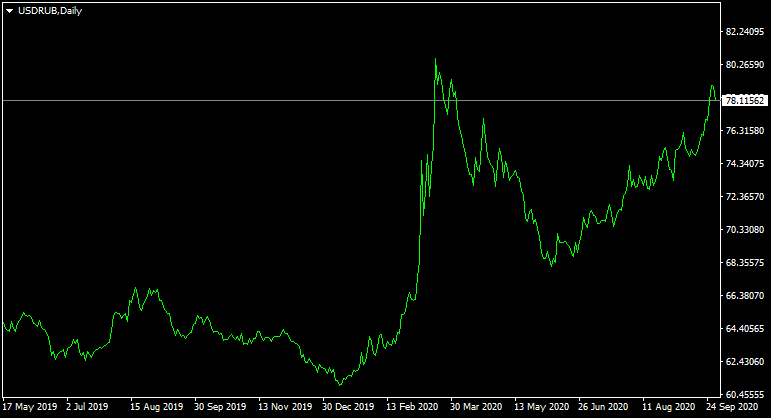 As the chart above shows, the prices of the currency have had a very interesting time over the last few months. Before the Covid-19 pandemic, it was mainly stable, however, as the virus hit, as the chart indicates, in the late February and early-mid March, the price of the USD/RUB has increased a lot.

This was also accompanied by the oil crisis, which was also a result of the Covid-19 pandemic. In March 2020, there was a huge oil crisis, which was a result of Russia’s refusal to reduce the prices of oil production. The so-called Russia-Saudi Arabia oil price war resulted in a huge drop in oil price several months, is the first few weeks of March the prices of oil had gone down a lot, oil wad down 34%, crude oil 26%, Brent oil 24%.

One of the main reasons for this was the stopped discussions between the OPEC and Russia, however, the prices were already down by about 30 percent because of the huge drop in demand, and all of this together affected the global stock-market crash in the same period.

As the situation around the world with the Covid-19 pandemic was somewhat resolved, the RUB/USD started to grow in the middle of August, and although it fell quite a few times, the last few weeks showed a huge increase in the price of RUB/USD, as the chart above indicates.

Experts and some of the biggest names in Russia are claiming that they are expecting mixed dynamics on the market. As the pacers of the second wave of the Covid-19 increase, anything could happen on the market. As we have seen before, the first half of the year, because of the lockdowns and other problems with the coronavirus, resulted in a total stop of the markets around the world. If the same happens, everything could change drastically once again.

There are many things that affect the price of the USD/RUB, one of the main ones being the oil industry. The economy of Russia is hugely influenced by the changes happening in the old industry, and this has a huge effect on the national currency of the country.

Also, USD/RUB is very much influenced by the current political climate in the United States, which was very easy to see during the first presidential debates of the 2020 elections between Joe Biden and Donald Trump. The shocking outcome of the debate had a huge effect on the price of the USD, not only in pair with Rub but generally in other pairs as well.