Home - Features - How you can learn financial trading with memes
Features
by Martin on December 13th, 2018

How you can learn financial trading with memes 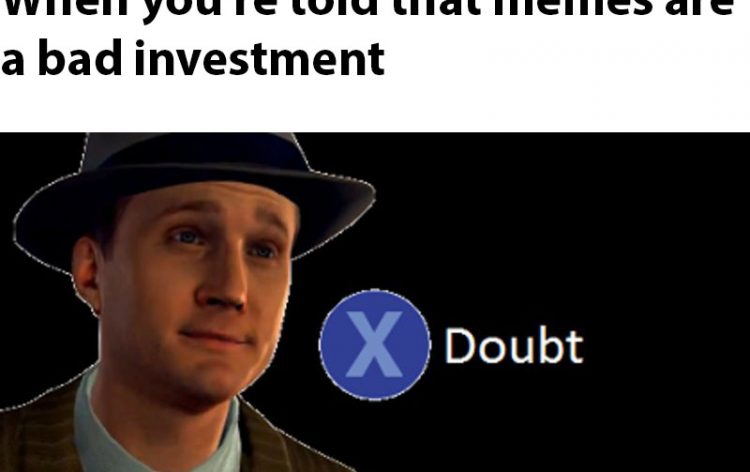 When thinking about a trader, not many people imagine a young person sitting at the computer making good decisions on which currency pair or stock to invest in. However, today’s world of digitalization is a marvel to be cherished, something that allows people of all age groups to participate in different industries.

Young people are sometimes described to be not that interested in the world economy and taking part in the trading aspect of the market. But you may be surprised when you find a whole economy that has been circulating around the internet without you even noticing. Welcome to my explanation of the Meme Economy of the internet and how you can learn real-world trading through it. Let’s begin.

What is a meme?

Depending on your age group you may or may not be familiar with memes as a whole. Essentially a meme can be anything, it can be a video, a gif (but don’t make them as gifs okay?) or just an image. In most cases, we have an image, which is used to show an emotion, an opinion or just crack a nice joke about a topic. Let me try and illustrate. 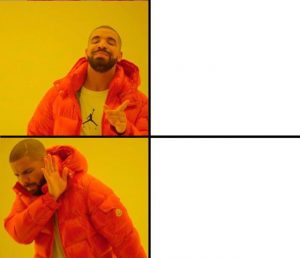 This meme depicts the popular Hip Hop artist Drake, a meme format which people use to show their preference of 1 thing over the other. The white blank space you see is a place where you can write in different things to showcase your opinion. For example, in the panel where he shows his hand to the side, it could say stocks, and the panel where he points with his finger and smiles could say Forex, showcasing your preference of Forex over stocks without you having to write too much. It’s a nice way of cracking a joke while you state your opinion.

Despite all of the “inside jokes of the internet” Memes became a part of the 21st century, they’re now a feature which we have been blessed by from the internet. They make our time on it more enjoyable and ultimately are able to connect various groups of people interested in the same topic. Memes themselves are so utilizable that anyone can participate in it, but be prepared for some harsh criticism coming your way if you make a “Normie meme”.

How you can learn real-world trading with memes

The similarity memes have with the way Forex and stocks work is the fact that they can increase in value. By value, I mean how often they are used, how well their circulation is and how long their lifespan is. The lifespan of a meme is on average a week, within this week you’ll see most people use the meme format to crack jokes, but after that 1 week, a new meme replaces it. So we have a similarity here. You have an “asset” which has value over a given amount of time, which can later decrease because of unpopularity, same like stocks right? The more popular the company the better price for their stocks.

But how do you actually buy and sell memes?

The phenomenon of buying and selling memes is a bit inaccurate. The term itself was created on the popular website called Reddit, which is exactly what it says it is, the front page of the internet. On this website, you can post memes or pretty much anything else and get “upvotes” or “downvotes”. With these upvotes, you get Reddit Karma, which you can later use on several pages of Reddit to make posts. For example, if your karma makes you eligible to post a meme, it may not make you eligible to post some type of promotional material somewhere else on the website.

Because of this Karma system that Reddit has, people were able to turn it into a commodity and called it “fake internet points” because you can’t really convert it into real money, but you can use it for something promotional. The way Meme Economy works is that a person will post a template similar to the Drake format I mentioned earlier and will urge the community to “BUY”, which basically means to “upvote” the meme. If the community believes that the meme will become popular, they will upvote, “invest” and utilize the meme format for the “fake internet points” or karma on various different Subreddit pages. Let me show you a meme I made from the format I actually invested in. 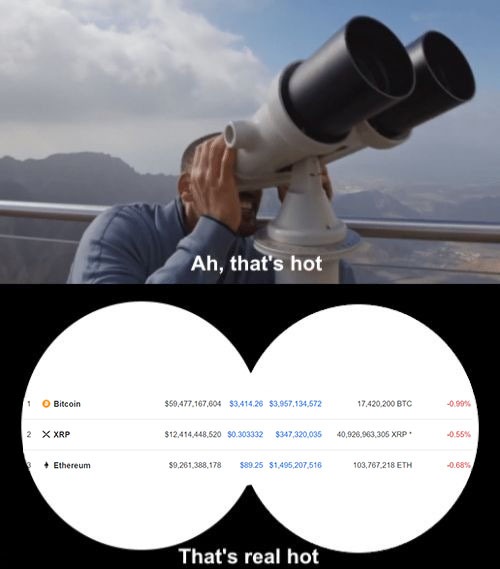 This meme was born from the latest Youtube Rewind video, which gives you an idea of how versatile the internet can be in adopting memes. It’s like every second a potentially billion dollar company is made. Now let’s discuss where you can buy and sell memes.

Where can you “BUY” and “SELL” memes?

The “marketplace” of memes takes place in a subreddit on the Reddit website. It is called Meme Economy. On this subreddit, you will see people post formats for potential memes and urge other members to “invest”. The karma system has already been explained, but this Meme Economy subreddit has a different take on it. You are actually given”Meme Coins” a virtual currency that has no value at all, so basically you’re in a demo account of something resembling a stockbroker. Once the format is posted you can actually invest your “Meme Coins” into the format and depending on how many upvotes it gets, you receive a return. We’re talking about millions of “Meme Coins” here, but still, it’s a really nice way to learn how trading works.

The best part is that you can actually contribute to the meme’s popularity and “upvotes” which will directly work for your benefit. Additional research on different websites can also give you an idea if the meme is going to take off.

When you should “SELL” the meme

Normally every meme dies out in a given time frame. I already mentioned that it is somewhere around 1 week. But the Drake format has been alive for a long long time when looking at meme lifespans, which ultimately turns it into a Legacy meme. The memes you need to avoid are the ones that are very easy to utilize. Once a meme becomes very widespread it is in the danger zone of becoming a “Normie Meme”. A normie meme is something that everybody uses and most of the outcomes are cringy and not very funny. This is where the “Meme Creators” diverge from the format in search of new ones and the meme ultimately starts to lose its value. Normally this happens when you start seeing the meme on social media websites like Facebook.

Let me now demonstrate to you the legacy meme, that once was the embodiment of internet creativity and fell victim to the normies, ultimately making it unusable on Reddit, where the actual value is calculated. 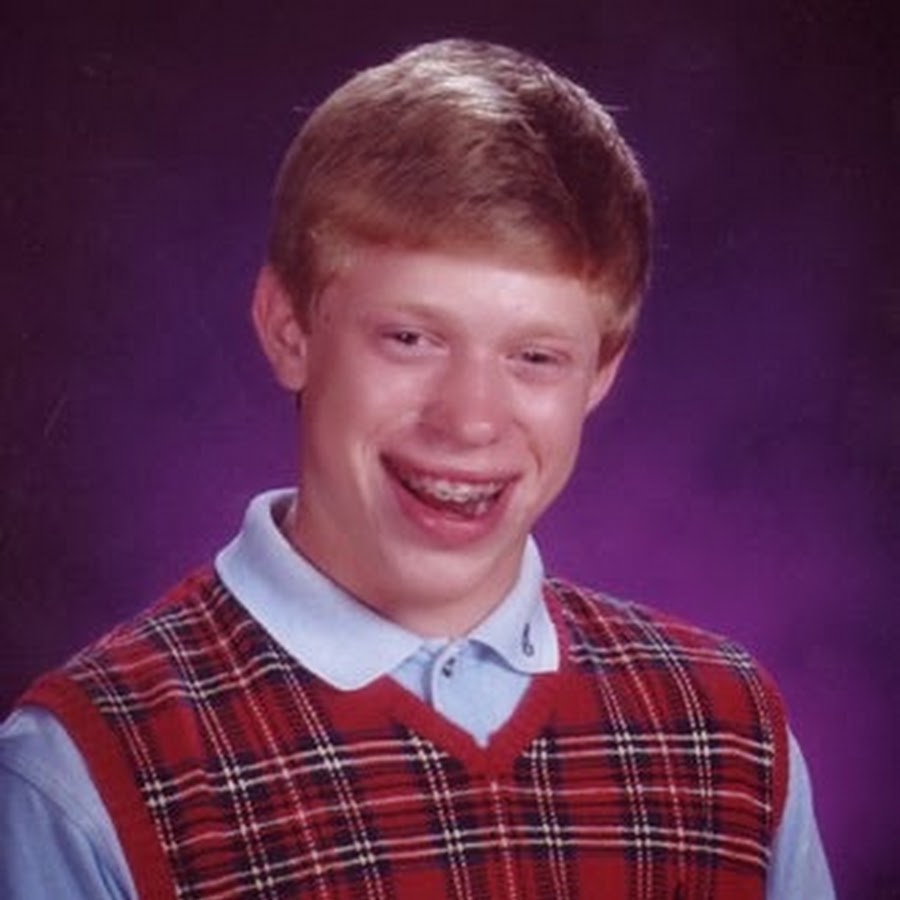 The Bad Luck Brian meme was very popular back in the day (a couple of years ago) when it was widespread for people showcasing their bad luck in various topics. Over time a website called 9GAG adopted the meme format, slaughtered it to a point where Redditors couldn’t possibly see it as valuable. Nowadays if you see it on Reddit, it’s mostly a way to just remember the past and showcase it as a Retro style meme.

If you want to learn to trade and have a bunch of fun in the meantime, I suggest you visit Reddit and go to the Meme Economy subreddit and participate in meme trading. Over time you’ll learn the intricacies of the meme market, which you can later correlate with Forex, stocks and even cryptos. Godspeed my friend! and happy memeing!