Home - Features - Quotes from some of the best traders in the world
Features
by Aleksandre Natchkebia on August 2nd, 2018

Quotes from some of the best traders in the world The aim of most traders, unsurprisingly, is to make a profit. Nevertheless, many find the process of trading to be equally enjoyable. There are traders who have turned this activity into their hobbies and don’t derive a big part of their income from it at all. For them, it is simply a form of entertainment. Furthermore, trading is a very individual experience the success of which depends on many factors. It is hard to pinpoint what is exactly that makes for a good trader. Besides experience, there other contributing circumstances as there are people who spent decades in the business without achieving any success and there are others who have a natural affinity for trading. Some people have been made famous by their success stories in trading. Here, we bring some of the most prominent quotes from such people.

Randy McKay appeared in Jack Schwager’s book series ‘Market Wizards’. There is not a lot of information available on him because of his preferrence to lead a private life. It is known that McKay managed accounts for himself and some of his close friends and family. He found great success in trading as his holdings of few thousand dollars turned into millions. McKay showed an astonishing track record as his accounts were up in 18 out of 20 years. 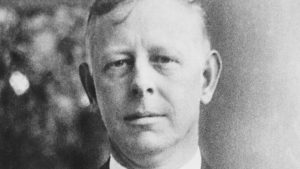 Jesse Lauriston Livermore was a distinguished investor and a security analyst at the beginning of the 20th century. After escaping from his family farm at an early age, he quickly got into trading. His first job was posting stock quotes at the Paine Webber brokerage in Boston. He was already starting to make large profits from betting at the bucket shops, where he would get banned for winning too much money. His trading style was unpredictable, which often led to large wins and equally large losses. He famously shorted Union Pacific before the 1906 earthquake. He also made a lot of money by short selling after 1907 and 1929 market crashes. After the 1929 crash, his net worth stood at $100 million, which is over a billion in today’s terms.

“The desire for constant action irrespective of underlying conditions is responsible for many losses in Wall Street even among the professionals, who feel that they must take home some money every day, as though they were working for regular wages.”

“I learned early that there is nothing new in Wall Street. There can’t be because speculation is as old as the hills. Whatever happens in the stock market today has happened before and will happen again. I’ve never forgotten that.”

Michael Marcus is one of the most prominent traders of all time. He mainly trades in commodities and is famous for turning $30,000 into $80 million in 20 years. He learned trading tactics from Edward Seykota, a famous trader who pioneered Systems trading. He was featured in the book by Thomas A Bass titled ‘The Predictors: How a Band of Maverick Physicists Used Chaos Theory to Trade Their Way to a Fortune on Wall Street’.

“Every trader has strengths and weakness. Some are good holders of winners, but may hold their losers a little too long. Others may cut their winners a little short, but are quick to take their losses. As long as you stick to your own style, you get the good and bad in your own approach.”

Victor Sperandeo is a trader, financial commentator and an index developer. He was born in New York but is currently based in Texas. One of his greatest achievements is predicting Black Monday, the crash on October 19, 1987. During the crash, Sperandeo made a 300% return by shorting Dow.

“The key to trading success is emotional discipline. If intelligence were the key, there would be a lot more people making money trading… I know this will sound like a cliché, but the single most important reason that people lose money in the financial markets is that they don’t cut their losses short.”

“Nial Fuller is a highly regarded trader, author & coach with over 12 years of experience trading financial markets. Today he is recognized by many as ‘The Authority’ on price action trading. […] he has become one of the most widely followed forex trading coaches in the world with a monthly readership of more than 250,000 traders. Nial’s core dedication, passion and focus over the past 2 decades has been to study and master the art of price action trading.” (From nialfuller.com) 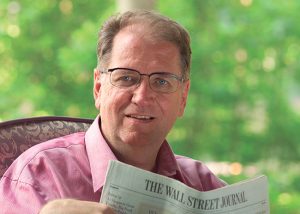 Van K. Tharp is a trader and a coach for traders and investors. He has a degree in Psychology and is a certified Master Practitioner of Neuro-Linguistic Programming. Tharp has authored books like ‘Trading Beyond the Matrix: The Red Pill For Traders’ and ‘Financial Freedom Through Electronic Day Trading’. Furthermore, he has been featured in Jack Schwager’s book ‘The Market Wizard’s: Interviews with Great Traders.’

“A peak performance trader is totally committed to being the best and doing whatever it takes to be the best. He feels totally responsible for whatever happens and thus can learn from mistakes. These people typically have a working business plan for trading because they treat trading as a business.”

Martin Schwartz is a famous Wall Street trader that prefers to be involved with stocks and options. He won the US Investing Championship in 1984 and is the author of the book ‘Pit Bull: Lessons from Wall Street’s Champion Day Trader’. Schwartz also manages a fund which he started in 1985. During the first two years of trading, he made $600,000 and $1.2 million respectively with just a $100,000 worth of investment.

“I have learned through the years that after a good run of profits in the markets, it`s very important to take a few days off as a reward. The natural tendency is to keep pushing until the streak ends. But experience has taught me that a rest in the middle of the streak can often extend it.”

Alex Elder is a trader and a trading coach who has written several acclaimed books. ‘Trading for a Living’ is a bestseller across the world and has been translated in multiple languages. In 2002, Barron named his book ‘Come into My Trading Room: A Complete Guide to Trading’ the book of the year. Elder has a diverse background as he was born in Russia and raised in Estonia. He received medical education and while working on a ship in Africa, he escaped to the United States.

“To be a good trader, you need to trade with your eyes open, recognize real trends and turns, and not waste time or energy on regrets and wishful thinking.” 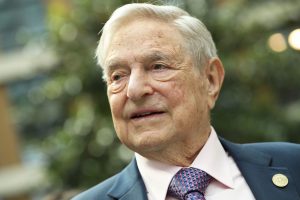 One of the most famous investors in the world, George Soros, was born in Budapest and emigrated to England in 1947. After graduating from the London School of Economics, he worked at various banks before starting to manage a fund. Eventually, the fund accumulated $12 million worth of assets, which for 2011 were turned to $25 billion. One of his biggest successes in trading is a well-known story about Soros shorting $10 billion worth of Pound Sterling and making a $1 billion profit during the 1992 Black Wednesday UK currency crisis. Currently, George Soros has a net worth of $8 billion after donating $18 billion to Open Society Foundations.

“Volatility is greatest at turning points, diminishing as a new trend becomes established.”

Paul Tudor Jones is the founder of the hedge fund Tudor Investment Corporation and Tudor Group, a holding company specializing in fixed income, currencies, equities and commodities. He is also the founder of Robin Hood Foundation, a charity organization that aims to solve poverty problems in New York City. After finishing his studies at the University of Virginia, Jones worked as a clerk and later as a broker at E.F. Hutton & Co. After Hutton, he decided to attend Harvard Business School. It was after Harvard that he founded the asset management firm that was involved in trading and investing as well as active research. His major accomplishment is predicting the 1987 crash and tripling his holding in a matter of a single day.

“If I have positions going against me, I get right out; if they are going for me, I keep them… Risk control is the most important thing in trading. If you have a losing position that is making you uncomfortable, the solution is very simple: Get out, because you can always get back in.”

The third wealthiest man in the world, Warren Buffett had already made $100,000 (in today’s money) by the time he graduated high school. Buffett got interested in trading at a very early age. After receiving his education at the Wharton School of the University of Pennsylvania, and Master’s degree from the University of Columbia, he went on to work as an investment salesman. Soon after, he founded a partnership, which later acquired a textile manufacturing firm Berkshire Hathaway and assumed its name. Berkshire Hathaway is currently the seventh largest company in S&P 500 with a market capitalization of almost $500 billion.

“You don’t need to be a rocket scientist. Investing is not a game where the guy with the 160 IQ beats the guy with 130 IQ.”

“The basic ideas of investing are to look at stocks as business, use the market’s fluctuations to your advantage, and seek a margin of safety. That’s what Ben Graham taught us. A hundred years from now they will still be the cornerstones of investing.”

Bruce Kovner is a Chairman of CAM Capital, a company that manages his investments and trading. He started trading in 1977 when he got involved with soybean futures contracts with a borrowed money. With an investment of $3,000, he quickly made a return of $40,000. Later, he joined Commodities Corporation, which is now a part of Goldman Sachs, where he became famous for making large profits for the company. 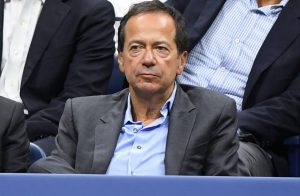 Another prominent trader that became famous after the Great Recession of 2008 is John Paulson. He made over $4 billion personally during the crisis by using credit default swaps. Paulson is a founder of his own hedge fund, Paulson & Co. which grew from managing $2 million worth of assets to having a portfolio worth over $300 million. Nevertheless, he remained an obscure figure in trading until the financial downturn in 2007, which he famously predicted.

“Sometimes it’s difficult to interpret the markets, so we’re not going to play a winning hand every day. Our goal is not to outperform all the time – that’s not possible. We want to outperform over time.”

“Many investors make the mistake of buying high and selling low while the exact opposite is the right strategy to outperform over the long term.”