There are only a few days left until Apple officially announces a new set of products. This announcement which will take place on September 12th has many fans anxious. Apple has managed to turn such presentations into events with millions of people around the world patiently waiting to see what new updates will be added to the products they are already familiar with. Last year it was the FaceID that garnered the most attention. A few years back it was a virtual assistant – Siri that managed to leave many customers drooling over the new iPhones. Some years the updates aren’t as exciting for common people who don’t go as crazy about a higher screen resolution or better battery life. Last year was also different as Apple launched two new iPhones, the iPhone 8 that continued the traditional line of the product along with iPhone X. This makes the announcement next week even more interesting as it is interesting to see how Apple will decide to continue the product line.

As always Apple is putting a lot of effort into keeping the news under the wraps, but there are still reports and leaks here and there that allow us to form certain expectations as to which direction the company is planning to take. This year has not been an exception to this as the majority of the updates to come is still unknown. Nevertheless, we have gathered several details on the new products from several sources, which will be presented product-by-product.

Images have been circulating around the web of what would be an Apple Watch 4. These wearable smartwatches have proven a success which is why Apple is taking the same approach with the product as it did with iPhone X. Namely, according to the leaked images, the size of the display compared to the size of the device will be increased. This means that the new watches will have an edge-to-edge display where the size accorded to the bezels is minimal. It is along the lines of what the company did with iPhone X. Furthermore, there are reports that the new watches will come in two sizes, one with a 1.57-inch screen and another one with a 1.78-inch screen.

In addition to facilitating the use of iPhones, many people find the appeal of Apple Watches in their health-tracking abilities. As it seems the company has recognized this trend as it has reportedly put effort into improving these features of the device. According to certain leaks, the new watches will have enhanced heart-rate detection which is important for many people who wear these devices while exercising or others who have to monitor their heart rate during the day because of certain health issues.

New iPads to have FaceID

iPad is another classic Apple product that has established itself in the tablet market successfully. Some of the biggest changes we have seen in this product line were when Apple introduced iPad mini that was considerably smaller in size and easier to hold and more recently, with the introduction of iPad Pro, a larger version of the tablet with better specifications. Otherwise iPads usually get the same updates as iPhones, sometimes even one release later. Now iPads have Siri and TouchID fingerprint recognition just like most iPhones. Reportedly, the new iPads, which will be unveiled on Wednesday, will feature FaceID. In addition, some experts are expecting that Apple will follow its trend and introduce an edge-to-edge display in iPads as well.

Apple reportedly to continue both iPhone 8 and iPhone X lines

Now we get to the most exciting part that has may loyal customers anxious for the upcoming event. There have been various reports around the web as to what the new iPhones will look like, but usually, these reports turn out to be false when the official announcement is made. We have searched the web for the reports that seem most trustworthy or the ones that have several different sources. There are several reports confirming that the new iPhones will have an OLED screen, which is not a surprising news as the iPhone Xs have an OLED screen as well. To make it more clear for the less tech-savvy readers, the previous iPhones had LCD screens. LCD screens are backlit and emit a white light, so even if the screen is showing a black image, there is still light coming out of it. In the OLED screen, each pixel has its own ability to produce light. This way, the ones that produce a black image will simply not light up, giving a deeper black color and overall better visuals. Furthermore, this will save battery life as not all parts of the screen will have to be lit all the time.

This new iPhone with an OLED screen will come in two sizes. One will have a 5.8-inch screen and another a 6.5-inch one. Based on many reports, this device will be a continuation of the iPhone X line and will be named iPhone XS (pronounce ‘excess’). Allegedly, there will also be a new gold color version added to the line. This is not all for the iPhones. According to the reports, besides continuing the iPhone X line, the iPhone 8 will also be upgraded by the company. It is yet unclear whether this new product will be called an iPhone 8S or iPhone 9, but it will feature an LCD screen. It will have a 6.1-inch screen which puts it between the two versions of iPhone XSs in terms of the screen size.

Another big and arguably the most controversial change that came with the iPhones the last time was the removal of the headphone jack. In this attempt to further simplify the product, Apple removed the jack and instead introduced Bluetooth headphones called the AirPods. Although there’s not much Apple can do to improve these devices, it is reported that the new AirPods will have the ability to activate Siri using the ‘Hey Siri’ voice command. This is convenient as it will allow people to use the iPhones without even getting these devices out of their pockets. One of the biggest challenges to having this feature is the blow to the battery life. It is interesting to find out how Apple will handle this issue. In addition, it is rumored that the new AirPods will be made more water-resistant. 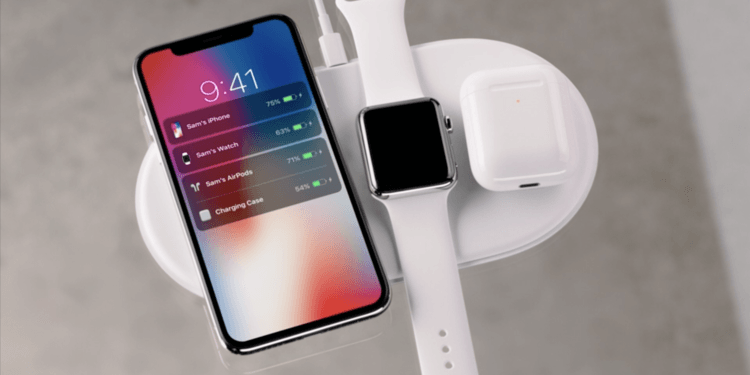 Another interesting concept that is being developed by Apple is wireless charging. The iPhone Xs already have the ability to be charged wirelessly. A few years back Apple said that it was working on a charging matt that could be used to charge several devices, including iPhones and Apple Watches, wirelessly at the same time. The product has since to be introduced and the next announcement might be the right time for it.