As strike intensifies in Norway, six oil fields shut down 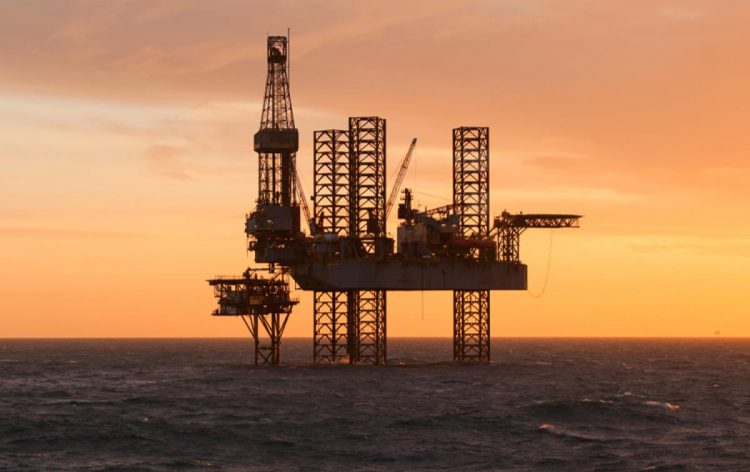 Offshore workers’ strike remains the most concerning problem today in the country’s economy and politics. Reuters reports that the number of people taking part in the protest increased as 126 more workers joined the strike on Monday, escalating the strike. As a result, six Norwegian offshore oil and gas fields were shut down.

According to the calculations of the Norwegian Oil and Gas Association (NOG), these six fields (Gudrun, Gina Krog, Kvitebjørn, Valemon, Equinor, Neptune Energy, and Wintershall Dea) produce 330 000 barrels of oil equivalent per day, which is about 8% of the total oil and gas production in Norway, which is quite a big number as most of the country’s economy consists of oil production.

The start of the strike

The strike began on September 30th, when the Lederne union undertook to organize the strike and pushed 43 to go protest against working conditions, after discussions their wage with the Norwegian Oil and Gas Association failed. As a result of the strike, the workers started negotiating with NOG, but without any success – on Sunday there was no progress between the parties in the official talks. This is why the situation worsens, the strike escalates and it is predicted that the new platforms will be affected as well. The reason for the rapid shutdown of the oil companies is that they are strongly connected and dangers to one’s production mean that others also will have problems. This is exactly what happened to the leading oil fields in Norway – after closing 4 oil companies, a few days later six others collapsed.

Norway’s economy has two main sources of income and these are oil and fish. The seafood industry in Norway is one of the leading ones in the world, having enormous importance for the national economy. Particularly, Norway is the world’s second-largest fish and seafood exporter as exports reached NOK 94.5 billion in 2017. However, 20% of the country’s production consists of oil and gas, making Norway one of the world’s most prosperous countries, which is why offshore workers’ strikes have such a big influence on the country’s economy. However, there are other important sectors as well, like hydroelectric power, forests, and minerals. For this reason, the strikes on oil fields may not necessarily mean that Norway’s economy is going to collapse, but it does for sure mean that it’s going to take a big hit.

Taking this into account, clearly, the Norwegian Krone (NOK) is very closely tied to oil performance in the world, meaning that problems in the oil industry will highly probably affect badly on the national currency and may cause its devaluation. This is what usually happens in these kinds of situations. For example, imagine if GEL would devalue every time a wine factory shuts down in Georgia, whose economy strongly depends on the wine production. That’s pretty much the same thing that happens with the NOK and oil. The reason for possible problems is mostly due to the lack of diversity in the economy which is an essential factor for economic growth and development. Having a lack of economic diversification could lead to economic vulnerability and some serious issues.

However, there seems to be hope looming over the horizon. A Norwegian iGaming media outlet Nyecasino.ninja reports that the country is finally starting to diversify in one of the most profitable sectors in the world, gaming, and here’s why. Here you can see that Norway plans to reform gambling-connected regulations, as the minister of culture, Abid Raja introduced a plan of unifying three existing gambling acts in Norway: the Lottery Act, the Gambling Act, and the Totalisator Act. The idea of bringing different regulatory approaches together isn’t new. Many countries have tried to do the same as the “holistic”, unified gambling law is important for bringing consistency to the gambling industry and providing more security responsible playing. The initiative is still under the discussion of the European Commission (EU) but the effort of making these kinds of changes in the gambling sector is indeed a huge step forwards.

The importance of economic diversification

What Norway needs right now is shifting an economy from one single income source to another multiple sources, as its main income is crude oil which is in front of danger at this moment. In order to prevent threats of the devaluation of the Norwegian krone, Economic diversification is needed. Relying on various sectors and markets is important because no one knows when the main source of income is at risk. For minimizing the risk of loss and devaluation of the krone it’s important to have various sources of income because If one investment performs poorly, there will be hope that others perform better, reducing the potential losses in the country’s economy.

The main advantage of the diversified economy is that it helps multiple businesses grow which positively reflects on the country’s overall economy because it means creating a sustainable cycle of economic activity. As more and more businesses function effectively, the growth of supporting industries is more likely to happen. In Norway’s case, it means that should the price of oil drop as a result of events like offshore workers strike, the region’s economy will remain insulated from unstable economic conditions.

Another benefit of a diversified economy in Norway is that having multiple sources of income is a form of innovation because companies usually feed off one another in the form of new ideas and product generation. And all these things are important parts of economic growth.

However, it still doesn’t mean that counting only on the gaming sector is enough. First of all, the attempt of Abid Raja and the Lotteritilsynet, which is Norway’s gambling regulator may not succeed and the European Commission may decide to continue the moratorium on introducing updated gambling reforms in Norway. But even if it succeeds, there are still some problems. There are some other industries in Norway as well, except for oil and gas production and gaming. The country should start to think of investing in other sectors, such as minerals, forests or hydroelectric power, forests, which is important for making its currency more stable and in general, avoid excessive fluctuations in the overall economy.

The current situation on the strike

For now, the offshore workers strike still continues and is at the phase of escalation as there was no progress in negotiations on Sunday. As the Lederne Union leader, Audun Ingvartsen noted in a press release on Monday, there was no dialogue at all and the employer side doesn’t show any interest in meeting their demands. The strike started just with 43 members but now it intensified and from midnight another 126 members of the workers’ organization joined, which means that situation isn’t in a way of improving and things may get even worse.