Asian Markets in Decline, Negative in the United States 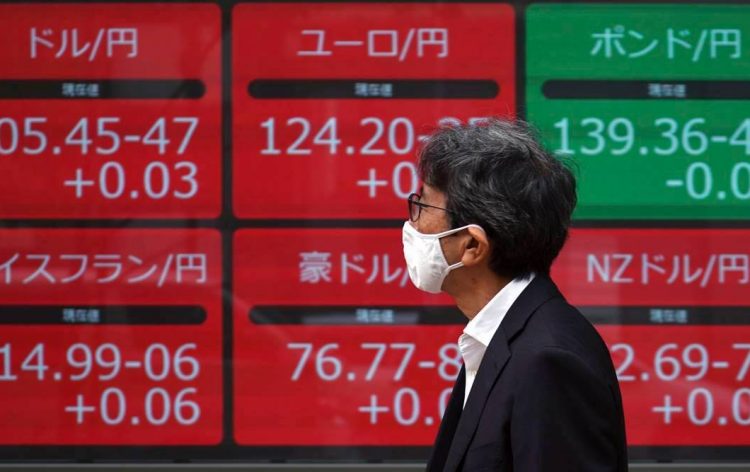 The trading week starts with no apparent optimism. After the deafening defeat of September, which led to a 5% drop in US indices, now the bulls were in the defensive role. And the positive news from the front of the fight against the pandemic, it seems, only slows down the movement of markets on the descent. Thus, Friday’s enthusiasm of buyers is seen as a rebound after the expected strong decline in stock indices.

The statistics of S&P behavior in the IV quarter plays for buyers: in the last 3 months of the year, on average, they account for up to half of the annual market result. But this year, historical patterns have rarely been triggered.

The initiative in the energy market is still in the hands of the players to increase fixed-term contracts, although the former agility of the oil tanks is no longer visible. The upper limit is set at $80 per barrel of Brent. Gas hysteria can end in a significant drop in the cost of raw materials, the question is – from what levels. The previous takeoff guidelines have been fulfilled.

In Hong Kong, trading in shares of a Chinese troubled developer has been suspended.

The Chinese Shanghai Composite does not provide guidance, as investors in the Middle Kingdom are resting until Friday, but the autonomous Hong Kong market shows an almost three percent drop: the Hang Seng index is running at the lows of the year, in a downtrend.

The initiative remains with the sellers of risky assets as the situation with the leader of the Chinese real estate sector, Evergrande, heats up. The company again missed payment of debts – the time before default is running inexorably, trading in shares has already been stopped.

The Japanese Nikkei does not intend to stop, dropping another one and a half percent. The September rebound, previously considered purely speculative, has been completely erased. If in the coming sessions the bulls do not seize the initiative, the breakout of the supports will accelerate the fall in the index.

Domestic consumer confidence depends on the epidemiological background. The Bank of Japan estimates that the outlook is uncertain. Export activity in the automotive industry is showing a double-digit decline, under pressure from a high-tech company.

Thus, there is still no positive sign in the Asian direction. Standing out from the masses, growth of the Australian ASX by a percentage should not be misleading: the index only follows the unconvincing rebound of the American S&P 500 on Friday.

US investors tried to smooth out the September negative by organizing a counteroffensive on the first day of October. As a result, Friday’s session closed with a 1% gain on major stock indices.

From a technical point of view, the changes after Friday’s rebound are insignificant: the S&P 500 broad stock index finds resistance at 4370 p. Failure to return the bar speaks of the strength of the sellers and the depressed bulls. Morning futures are down a third of a percent, to 4330 p., Which is unlikely to support European players for an increase in risky assets.