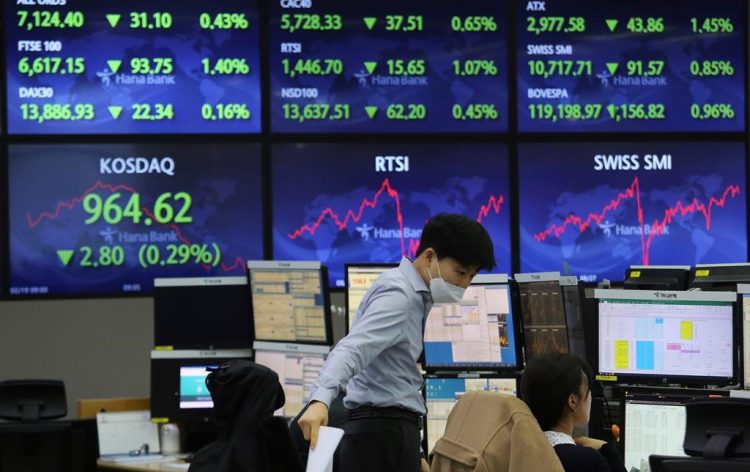 As a result of today’s trading, Asian stock markets predominantly declined, with the exception of the Hong Kong stock exchange.
Mainland China exchanges are closed this week for the Founding Day of the People’s Republic of China.

Traders in global markets are increasingly concerned about accelerating inflation amid surges in energy prices, in particular for oil, gas and coal, and emerging supply chain problems that further increase the cost of transportation and, as a result, increase the final price.

Most of all in Hong Kong on Tuesday lost securities of companies operating in the real estate sector, which continues to be influenced by the situation around the debt problems of one of the industry leaders in China – China Evergrande Group. On Tuesday, it became known that another Chinese developer – Fantasia – was unable to make payments on dollar bonds on the date of October 4. The cost of Sands China Ltd., Country Garden Holdings Co. Ltd., China Overseas Land & Investment Ltd. fell by 3%.

Japan’s Nikkei 225 fell 2.2% for the seventh straight session and hit its lowest in the last month. The final composite purchasing managers index (PMI) in Japan, calculated by Jibun Bank, was 47.9 points in September, up from 45.5 points in August. Earlier, the bank estimated the indicator at the level of 47.7 points.

The leaders of the fall in the Japanese stock market during the trading are the shares of the large retailer Fast Retailing Co. Ltd. (-7%), investment corporation SoftBank Group Corp. (T: 9984) (-4%) and semiconductor manufacturer Fuji Electric Co. Ltd. (-3.8%).

Australia’s S&P/ASX 200 dropped 0.4%.The Reserve Bank of Australia, following its October meeting, decided to keep the key rate at a record low level of 0.1%, according to a press release from the central bank. The country’s monetary policy regulator also left the weekly purchase volume of government bonds at $4 billion ($2.9 billion) and confirmed that it will review the bond buyback program in February next year.

At the same time, Australia’s trade surplus was at a record high $15.08 billion in August, up from $12.65 billion in July. Exports in the last month of summer rose 4% from July to $48.52 billion. Imports fell 1% to $33.45 billion. In total, since the beginning of this year, the trade surplus amounted to 84.01 billion Australian dollars, compared with 47.2 billion dollars in the same period in 2020.

The South Korean Kospi Index fell by almost 2% at the end of the first trading session this week. The shares of one of the leading Korean automakers Kia Corp. fell by 1%. Chip manufacturer Samsung (KS: 005930) Electronics Co. decreased by 1.4%, another representative of the industry SK Hynix Inc. – by 2.1%.

Playtech Is Going To Be Acquired By Aristocrat For US$2.9 Billion
Martin

Why is social trading one of the best ways to develop as a new trader?
Martin