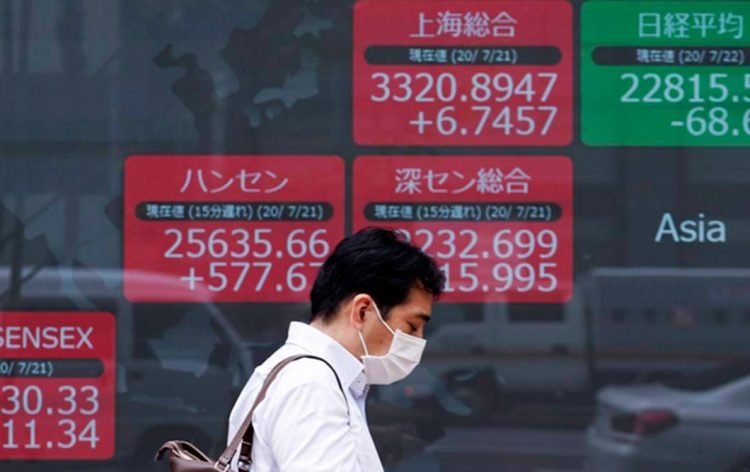 Major stock indexes in the Asia-Pacific region (APR) rose in trading on Thursday, following the dynamics of the US stock market. Mainland China exchanges are closed this week for the Founding Day of the People’s Republic of China.

Investors are monitoring the pace of economic recovery from the coronavirus pandemic in the region. According to Fitch’s senior director, Stephen Schwartz, the regional economy will begin to recover after accelerating the vaccination process in Asia, which will lead to the lifting of restrictions imposed by the spread of COVID-19.

However, countries in South and Southeast Asia, where vaccination rates remain low, remain vulnerable to the challenges of the pandemic. Another risk for the region is also problems in the real estate sector in China, according to an analyst at MarketWatch. “Slowing growth in China, coupled with an expected cutback in the US asset buyback program, could have widespread negative implications, especially for the region’s emerging economies,” Schwartz said.

Shares in Chinese real estate developer Chinese Estates Holdings, which is one of the main shareholders of debt-ridden China Evergrande Group, gained 31.7% on news that the company received an offer to sell from Solar Bright Ltd, in which the developer was valued at 1.91 billion Hong Kong dollars ($ 245.3 million).

Japan’s Nikkei 225 rose 0.5% after falling for the 8th straight session.

The economic situation in Japan remains a factor of uncertainty. While the country’s new prime minister, Fumio Kishida, has pledged to boost revenues, it remains unclear how he plans to do so. Analysts believe that an increase in government spending will lead to an increase in government debt, and not to an acceleration in the pace of recovery, writes MarketWatch. Kishida is expected to give a speech on her future policy later this week.

The cost of Japan postal service Japan Post Holdings Co. Ltd. decreased by 0.6%. The government plans to sell part of its stake to the company to raise funds to invest in recovery projects after the March 2011 earthquake.

The cost of the carmaker Hyundai Motor Co. grew by 3.6%, another representative of the industry Kia Corp. – by 6.8%. Capitalization of one of the world’s largest chip manufacturers Samsung (KS: 005930) Electronics Co. increased by 0.4%.

On the Australian stock exchange, the shares of the payment service Openpay Group Ltd. have risen in price. (+ 11.4%). The service has raised $ 271.4 million from Goldman Sachs (NYSE: GS) Group and Atalaya Capital Management to fund the platform’s upcoming US launch.