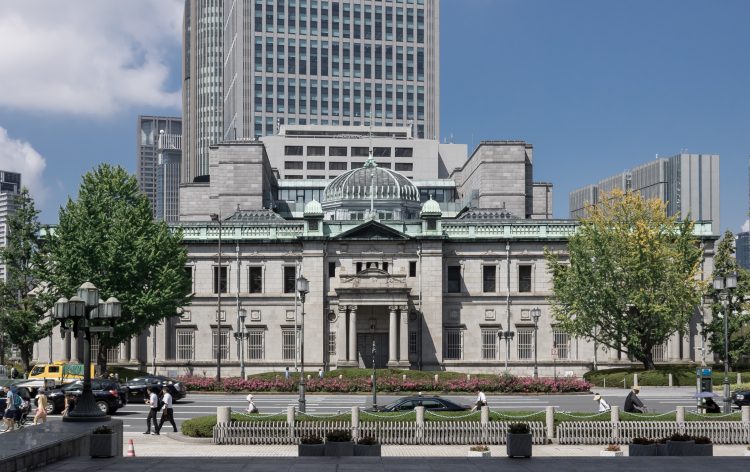 Today, the stock markets of the countries of the Asia-Pacific region (APR) have mainly showed negative dynamics.

Statistical data released on Wednesday showed that Japan recorded a surplus in the balance of foreign trade in February for the first time in 4 months due to a sharp drop in imports from China in the context of the spread of coronavirus.

Japan’s trade surplus last month was 1.1 trillion yen ($10.3 billion), compared with a deficit of 1.31 trillion yen in January. Experts on average forecast a February surplus of 917.2 billion yen, according to Trading Economics.

The volume of Japanese imports decreased by 14% compared to February last year – to 5.21 trillion yen, exports declined for the 15th consecutive month – by 1%, to 6.32 trillion yen. Imports from China collapsed in February by 47.1%, mainly due to falling purchases of clothing and mobile phones. Exports to China decreased by 0.4%.

The Central Bank of Japan, according to data released today, bought shares on the eve of more than $1 billion in terms of US currency as part of a market support program. In addition, the Japanese government is discussing new measures to help the economy.

The Australian S&P/ASX 200 crashed by 6.43% after Prime Minister Scott Morrison warned fellow citizens that the coronavirus epidemic could last up to six months.

Shares in electronics maker Sony go up 3.7%, while Toyota Motor, up 1.2%. The price of securities of telecommunication SoftBank Group fell by 10.3%.

Capitalization of one of the world’s largest chipmakers Samsung Electronics Co. decreased by 0.9%. Paper consumer electronics manufacturer LG Electronics are getting cheaper by 0.2%, carmaker Hyundai Motor – by 4.1%.

The market value of Internet giant Tencent Holdings fell 2.2% during trading in Hong Kong. Besides, the price of oil producers is declining, including CNOOC – by 4.7% and PetroChina – by 3.3%.

Donald Trump has supported an idea according to which Americans will receive direct payments of $1,000 as part of a $1 trillion economic assistance package, writes The Wall Street Journal. Finance Minister Steven Mnuchin proposed spending $250 billion on such payments in the next two weeks; then, according to sources, another $250 billion can be allocated for these purposes if necessary.

“We would like to start sending checks to the Americans immediately,” Mnuchin said during a briefing at the White House. These payments can replace the idea of ​​lowering the payroll tax, which was previously discussed by the US government and lawmakers.

Mnuchin also said that they wanted to be sure that Americans would quickly receive money, and small business owners would have access to financing.

The package of measures to support the economy proposed by the minister will significantly exceed the program of incentive measures introduced by the American authorities at the height of the financial crisis in 2009, which amounted to $787 billion.

Mnuchin added that it was a considerable amount. They submitted a proposal for the injection of a trillion dollars into the economy.

US authorities took an unprecedented step to support citizens in a crisis caused by the spread of coronavirus. Mnuchin announced that U.S. President Donald Trump had approved a 90-day tax deferral for millions of Americans. Tax breaks will affect the private income of up to $1 million and company income of up to $10 million, Mnuchin said.

Meanwhile, the Fed said yesterday that it would launch a loan facility to support the short-term commercial debt market, hoping to prevent, therefore, increasing problems with financing companies in the context of the spread of coronavirus. The Federal Reserve used a similar mechanism during the 2008 financial crisis.

Market participants react positively to current news about all new measures to support the economy, however, according to analysts, investors need to see that the number of infected COVID-2019 began to decline before the markets can find a bottom.