Home - Top Stories - ICC and GTI about to launch an online Cannabis marketplace
Top Stories
by Martin on November 2nd, 2018

ICC and GTI about to launch an online Cannabis marketplace 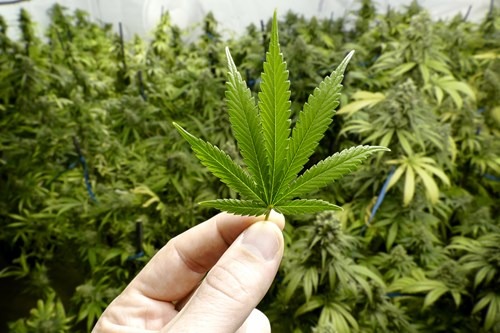 The legalization of selling and cultivating Cannabis in Canada has been hitting major headlines. However, the most viewed info wasn’t the legalization itself, but the sales that shops had on the first day. They completely sold out and then some, helped some young quick-thinking entrepreneurs sell some snacks right outside. Even large corporations were able to see the hiding profit within an emerging industry.

Two large companies, ICC (International Cannabis Corp.) and GTI (GreenTree International Inc.) have signed a partnership to make the world’s first online cannabis market platform. Ultimately shocking the community and in some cases getting heckled. The partnership followed a large investment from ICC towards GTI, which ultimately made them the biggest shareholder of the company. Their ultimate goal is now to provide high-quality and low-cost cultivation, production and distribution of Cannabis.

In order to achieve their goals, the ICC will take it upon themselves to help Amercanex to deploy their fully operational ECM (Electronic Cannabis Market), under their very own jurisdictions. ICC even made a statement, showcasing the partnership and announcing their ultimate goals for the future. With the help of ICC and GTI’s joint project, vendors, distributors, and cultivators will be able to purchase all of their stock online, with maximum transparency, quality and cost efficiency.

Amercanex’s chief executive, Steve Janjic also commented on the venture, bringing into light their well developed online transactional platform. He also highlighted how important it is in today’s innovations for the cannabis industry, which has been receiving a lot of softer treatment from governments recently. But in all honesty, there is also the factor of huge profitability in the joint project. There is no denying that Cannabis will be easy to sell and cheap to cultivate, as people could do it in their bathrooms in the past. However, there are still details to be discussed about the procedures and regulations.

The ICC was a real catch for Amercanex. The International Cannabis Corp has quite a lot of customers all over the world, which Amercanex can now reach and directly sell to, not having to worry about too many B2B actions.

The benefits of the project

In all honesty, there is nothing to be feared about the project. Many people with conservative beliefs still think that Cannabis is a harming and serious drug. But most of the times it has been proven by science to be less than moderate, actually being quite close to alcohol. Besides, the joint project revolves around medical Cannabis, which will only be accessible to people with certifications from doctors that they actually need it. The extra revenue for the country will not hurt either.