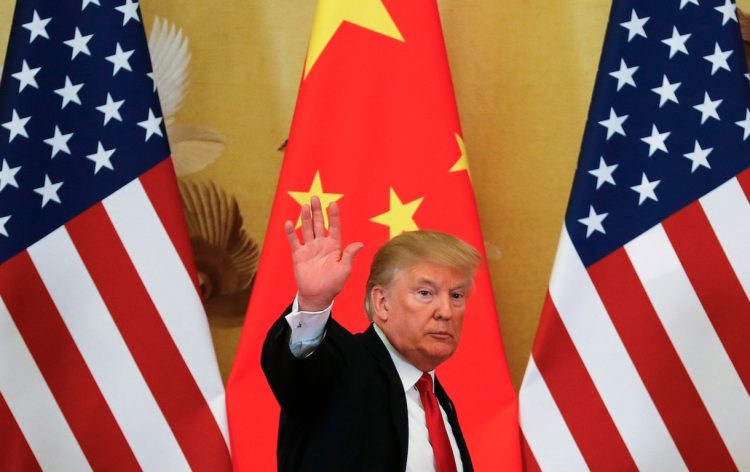 The US and China trade war has been ongoing for almost two years now, and there is little reason to believe that it is going to be ending any time soon. With the recent decision to impose tariffs on $125 billion worth of Chinese goods, the US has made sure that the world will have a hard time seeing an easy and peaceful resolution to the issue. China after seeing the tariffs being imposed, vowed that retaliation would be on its way. The early version of this retaliation has been the banning of US corn and soy crop imports into China, but it seems that they will not be stopping there. Beijing has announced that additional tariffs and bans are going to be imposed in the future as a way to retaliate against the US tariffs that are going to be imposed starting September 1st. This does not provide any hope for the global community to see a productive resolution of the disagreement, and many are believing that this might lead to further economic problems globally.

According to the United State presidential administration, the two sides are speaking daily on the phone. According to Trump the daily discussion are being very productive and will be key in allowing the two countries to come to a resolution in the coming trade talks in the next few months. Trump is adamant that the phone calls between them are evidence enough that the US is already ahead in the trade wars and winning. He believes that the longer the trade war goes on, the stronger the US gets, while the Chinese economy is seeing a lot of hurts put onto it. If this continues, says Trump, the Chinese economy will buckle. Which is why this is not going to be continuing for much longer. He believes that the trade war is going to be ending sooner rather than later.

The world would love to see that. Recently, the trade war has been causing quite a bit of problem for the global economy as a whole. Over the two year period, some of the largest economies in the world have seen slowdowns and started fearing recessions coming in the near future. The evidence has become undeniable in the past couple of days, after the yield curve, inverted and has stayed inverted since Wednesday. And while Trump might be saying that everything is going to be okay, it seems that China is disagreeing.

The Chinese economy might be slowing down, but it is not facing the danger of buckling the way that the US administration is saying they are. The Chinese economy is still managing to grow in 2019, even though they will not be able to reach their goal growth rate. What is more, while the rate of manufacturing growth might be slowing down, there is no denying that the rate of manufacturing is still growing and will remain growing in 2019. The Chinese economists might be saying that monetary policy might be necessary to keep the economy growing, but a slowdown is very different from the recession that the US is facing at the moment.

The reason Trump seems to be so adamant about the success of the trade talks is that he has been discussing Hong Kong with Xi lately. It seems that Trump has been making it a point to encourage Xi to produce a peaceful resolution to the local protests. HE has been encouraging this by allowing certain concessions, specifically by moving $175 billion worth of tariffs to a later date. Moving the tariffs to December might have had a positive effect on the expectations of the Chinese side, but is still not enough to cause them to make concessions of their own. It seems that Xi might be answering Trump in a positive manner, but not making any specific promises, which is encouraging Trump to believe that there might some result to him leveraging the tariffs to alleviate the Hong Kong situation.

The Global community seems to be keeping a close eye on the protests, which is why the US and Trump specifically might be looking to get more involved in the situation. While Trump is trying to gain some political favour out of the situation, the world is worried that Beijing might react to the protests violently, causing a lot of hurt and pain to the locals who are protesting in Hong Kong at the moment. The situation is not a pretty one, but a peaceful resolution of it, if tied to the trade war, might be a good strategy to keep Hong Kong independent and relatively undamaged in the coming months. Whatever the outcome of the protests and the talks that the US and China are having at the moment, the global community is getting affected. Specifically, through the slowing of the economy and the worry for the people in Hong Kong.