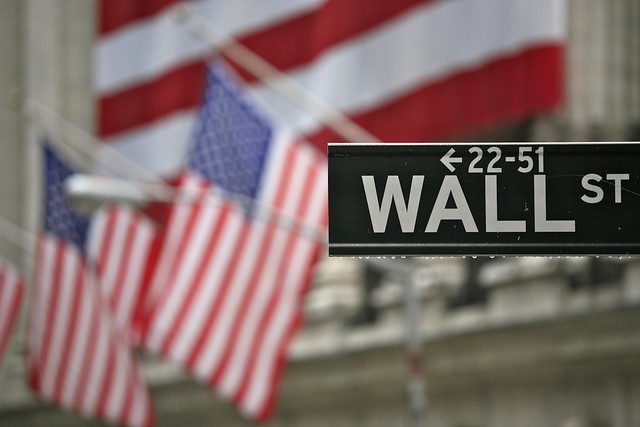 Stocks and oil saw a lot of damage done to them overnight, as international markets entered panic mode. International markets in Asia and the US saw a lot of fear, with the yield curve inverting, as predicted, a sure sign that a recession is coming sooner rather than later. The investors that saw the inversion and know to expect a recession decided to change their investment concentration to safe alternatives, going to the national debt in order to protect their investment. With the huge sell-off for traditional stocks becoming the main market focus, the markets fell and international fears of the coming recession have become even more urgent. The US markets, Asian markets and European markets are all facing a lot of trouble as the Sino American trade war gets even more extreme and the global economic slowdown claims more and more international economies.

The current state, the expectations

We already spoke about the recession that is looming on the horizon for the US, and we also talked about how this might be affecting the global economy. But, there is merit in talking about what the current state of the markets is, how we got here, and what might be to blame, other than the whole trade war that the world is engulfed in at the moment. First, let’s talk about current events on the market.

The first thing that needs to be mentioned that the 10-year paper yields dropped to 1.545%, which took them below the 2-year paper yields. This is something that has not been seen since 2007 and, when it happened at the time, predicted that the markets were going to be facing a huge recession in 2008. We mentioned this in an earlier article, talking about how this would be happening sooner, rather than later, but it happened much sooner than we expected it to. Still, it makes sense why the markets panicked and plummeted. If the recession hits, corporate returns might fall by about 20%, which would be incredibly damaging to stocks and shares.

The news of the inversion caused has been seen as a good stimulus for the fed in order to consider some additional policy changes to help the world deal with the issue of the recession. They will possibly be considering some additional rate cuts in order to provide the consumes and businesses with the necessary stimulus to keep spending. Although, while the markets are excited about the possibility, which is what helped the Asian markets nudge up a measly 0.5% last night, it seems that the Trump administration is not as excited. The President of the United States tweeted that the Fed had acted too fast and now it was too late to do anything about it, which is why the markets were suffering as much as they were. While the markets might have seen a bit of a decrease after rates were cut at the end of July, the real problems are caused by the fact that there is a trade war going on between the two largest economies in the world, but that is not something that is being emphasized by the US government, instead choosing to shift the blame on prevention measures utilized by the US Fed.

The global markets are definitely showing a lot of decrease and pain as a direct result of the inversion. All of the US markets dropped by about 3%, the broadest Asia Pacific index dropped by 0.7%, the Nikkei fell 1.3%, the Shanghai Composite dropped 0.4% and Hong Kong Hang Seng remained flat throughout the day, which is the most surprising out of all of them as the expectation would be a further drop for the most problematic area at the moment. But, it could be because Hong Kong is expecting a peaceful resolution of the current protests as Trump decided to tie their peaceful resolution to the trade war and a trade war.

The global economic slowdown has already managed to claim victims. The German economy, the UK economy, China and others are already facing either slowing, stagnation or even recession in the case of the UK. The world has already seen a lot of trouble in terms of manufacturing slowdowns, which have caused China to slow in terms of economic growth. But now, as the trade war continues and the yield curve has inverted, fears of an international recession are more real than ever before. The global markets might have suffered, but there was still hope that international economies might be able to survive the current issues with just a little bit of perseverance. Now, the only thing that is inspiring hope is the fact that countries and banks have yet to utilize their full policy potential to stop the recession and allow economies to keep growing.

Although the hopes are high, there is only so much that banks will be able to do in order to stop a full-scale recession. Monetary policy is a powerful tool, but there is only so much it can do, and it will not be able to fully mitigate the effects of a recession. It is likely that many countries will be able to avoid the brunt of a huge recession and keep the rate low, but there will be many countries that will be facing a lot of pain in the face of the global economic recession. The fears are growing, the markets are changing, and what is about to happen is anybody’s guess.