Home - Top Stories - The recession looming over the US
Top Stories
by Konstantine Beridze on August 14th, 2019

The recession looming over the US 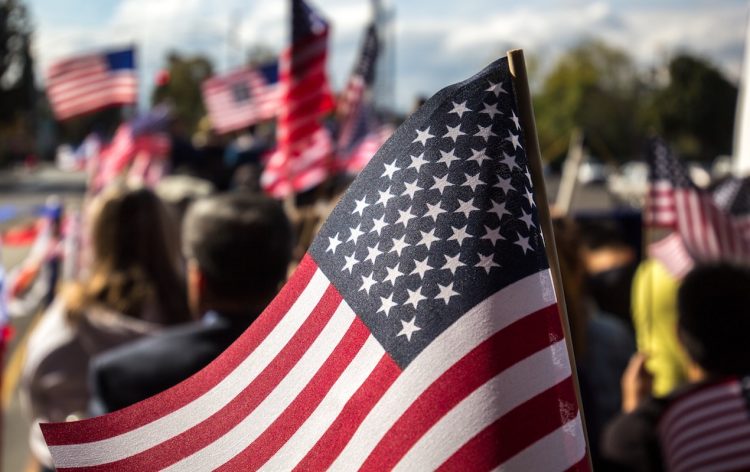 The US economy has reached a point where it has to face the fact that the economy has slowed down to a dangerous level. This has been made obvious by the recent expectation published by some of the major analytics companies, that the US yield curve is going to be inverting in the nearest future. This will be happening for the first time since 2007 and is a sure sign that the US economy is approaching a recession, one that could be extremely dangerous not only to the US but to the world as well. The two-year and the ten-year curve inversion would be following the inversion of a different part of the curve from earlier this year, which shows a continuing trend for the US economy and points towards persistent issues and the dangers to the economy. The last time the curves inverted was in 2007, a year later the 2008 financial crisis and the recession happened. This is why it is important to take inversion seriously and talk about what it might be pointing to, and how and when it might be happening.

The markets, the economy

In the eyes of economists, the US economy is heading for a recession and there is no question about it. But, many might be considering that the current US market, while a little slow, is showing nothing but a lot of health. The markets, up until recently, had been showing growth and even now, in recent days, they have managed to bounce back, even if just a little bit. It is true, the markets have been performing quite well, but this does not guarantee that the economy is going to keep growing. This can be seen in the example of the most recent financial crisis of 2008. The markets stayed healthy until the very last moment, when the banks started failing, which is when the market saw the huge drop that led to the financial crisis and resulted in huge damage to the economy. The story is very similar to this time. The markets might be performing OK around the world, but the signs of a slowdown are present even within them. What is a true indicator for the issues faced by the economy and the looming recession is the political stance taken by the US and the approach the US is taking towards its current financial situation.

What has been a guarantee of economic stagnation, at best, and a recession has been the trade war that is currently being fought between the US and China. The trade war, which has been intensifying seemingly every day, is proving to be problematic for both countries. Both have their economies slowing down with the manufacturing and exports sector seeing a lot of trouble because of the tariffs. The global economy is currently in the process of struggling to keep up growth. The biggest economies in the world, including Germany, France, UK, China and so on are all facing slowdowns and fears of stagnation by the end of the year. The US is no exception. With the inversion of the yield curves, it is only a matter of time before the recession happens. The trade war has already cost billions of dollars to the US farmers, and it is only going to start costing more, and China and the US continue to ban and tariff each other’s goods.

One of the biggest signs of US economists’ fears of a recession has been the recent rate cut imposed by the Federal Reserve. While they promised that this was a singular rate cut, investment bank analysts are predicting that even more rate cuts are coming in the fall of 2019, as the US gets closer to a recession. These rate cuts would not be needed if there was no danger of the US hitting a recession sometime soon. The US economy is struggling and it is about to be hit very hard by the accumulation of issues from the past four years.

When is it going to happen?

The time of the recession is hard to pinpoint. But, most economists agree that if the current direction of the US economy is going to continue, the recession is going to be hitting sometime in late 2019, early 2020. This time around, the recession is not going to be easy to beat too. The political climate and the global economic backdrop is proving to not be friendly. The trade wars between the US and China will have political implications that will not be easy to fix. While the two countries will be seeking compromise, they will have to compromise a lot more in terms of political strategy and ideology than it might be good for either country, doing damage to both in order to fix the economic problems. What is more, the same might need to be done with some of the US’s closest historical allies. This includes Canada, Europe, Mexico and so on. It means the US might be on the losing side of a lot of the deals that it will be making in the future.

Furthermore, the current economic climate around the world is going to prove problematic and might exacerbate the issues faced by the US. It’s hard to climb out of a recession when the rest of the world that the US needs to be exporting to is going through a recession as well. If the global economy fails to be healthy, then the US will fail to rebound from the recession easily. Even government spending and monetary policy, considering the level they are at right now and how constraining this might be to their future use, might not be enough to help the US economy to rebound and get healthy again. Tough time ahead, indeed.