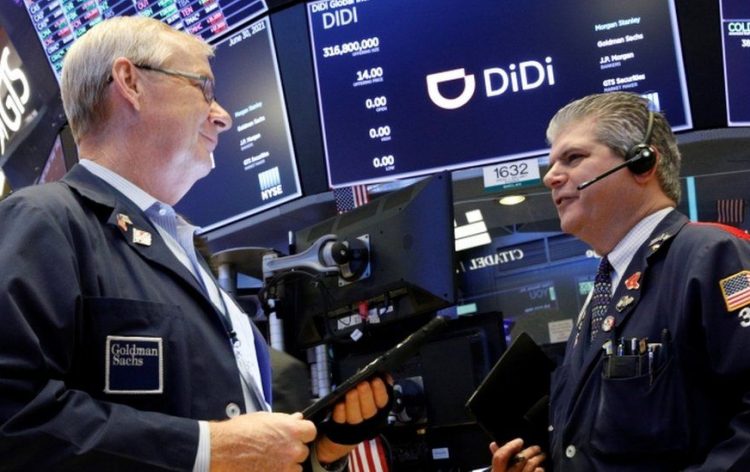 After being obliged to follow strict rules and high pressure, Chinese app giant Didi has decided to exit New York Stock Exchange (NYSE) and move to Honk Kong. Indeed, thereafter, the US market watchdog admitted that the rules for Chinese firms running in the US were extremely tough.  Thus, it has been announced on the company’s social media channels that they were about to remove its shares from the New York Stock Exchange, but before that, the case was going to be discussed with the shareholders. Trading was muted as US regulators had procured some concerns over Didi’s financial reports.

Meanwhile, CAC The Cyberspace Administration of China has accused Didi of illegally collecting customer data through the app, thus it was recommended to online stores remove the Didi application.  The company replied that it would take measures to find a solution and minimize the risk of personal data leakage. Didi also plans to continue offering excellent service to customers, as it used to, and its removal from the Chinese online store would not affect it negatively at all.

Pressure from US and EU markets on Chinese firms

Chinese regulators decisively denied US authorities to examine the accounts of Chinese companies operating in the US. The US Securities and Exchange Commission finalized the rules, which meant they could remove foreign firms from their market that did not follow the rules proposed by them.

Thereafter, Didi told BBC source that it has brought to end its cooperation not only with the US but also with the major cities in the UK and Western Europe. As a result, since then, Didi’s global shares value has decreased by more than 40%. And it was not only Didi, who suffered, other Chinese technology giants Alibaba and Tencent, have also been under severe inspection from foreign investors, even like Japan’s SoftBank, which also owns more than 20% of Didi’s shares.

On the other hand, due to the violation of rules of the privacy policy, of which Didi was accused, the Chinese ride-hailing giant was in dispute with the country’s main regulators. The fact that Didi was delisted from Chinese app stores was shocking for the public. Eventually, Didi announced that it was going to entirely move to Hong Kong for good. However, it also declared that the company would enable the shareholders of its US-listed shares to convert their stock to those on another stock exchange. Moreover, Didi is going to reintroduce its online services in China, later this year.