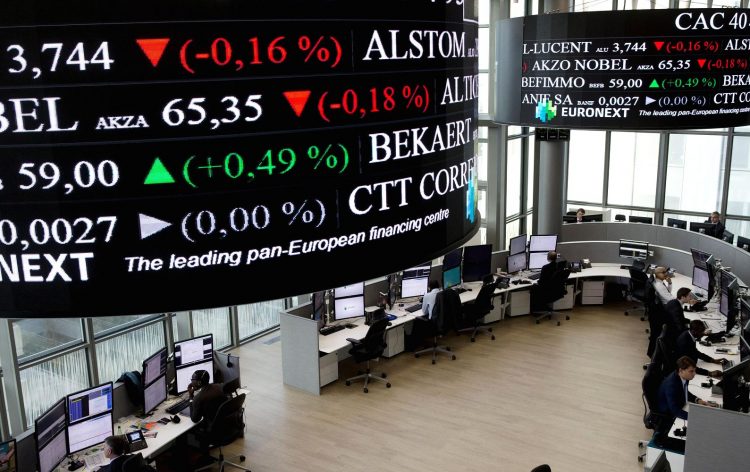 Today, equity markets in Western Europe are trading flat. Traders continue to monitor companies’ corporate reports. The successful start of the reporting season last week contributed to the completion of trading in the European stock markets in the highest plus in several months. Nevertheless, many experts believe that the financial results of companies are under pressure from a number of problems, including supply chain disruptions and rising costs. It also affects traders.

Swiss Nestle SA shares are up 3.7% after financial statements were released. The company’s organic revenue growth in the first nine months of this year was 7.6%. Nestle has improved its annual forecast.

Swiss pharmaceutical company Roche Holding AG increased its third-quarter revenue by 8.6% and improved its full-year outlook. The company’s shares are down 0.3% during trading.

The cost of mining Antofagasta (LON: ANTO) PLC fell 4.4%. The company expects copper output to decline next year due to drought in Chile.

Kering (PA: PRTP) SA, which owns well-known fashion brands including Yves Saint Laurent, Gucci and Bottega Veneta, is down 4.6% despite a 12.2% increase in Q3 revenue.

UK consumer prices rose 3.1% in September from the same month last year, according to data from the country’s National Statistical Office (ONS). Inflation has slowed down from 3.2% in August. Analysts polled by Trading Economics expected consumer prices to rise 3.2% on average in September.

Consumer prices increased by 0.3% versus August. Experts predicted an average rise of 0.4%. A month earlier, inflation was 0.7%.

Despite the fact that the growth of consumer prices in the country has slowed down, the inflation rate is still above the target of the Bank of England of 2%.

“In our view, the trends pushing prices upward will intensify in the coming months, so inflation will pick up slightly later this year,” said Dean Turner, economist at UBS Global Wealth Management.

Producer prices in Germany in September increased by 2.3% compared to August and by 14.2% compared to September last year, according to data from the country’s Federal Statistical Office (Destatis). Analysts had expected an increase in prices by 1% on a monthly basis and by 12.7% on an annualized basis.