European Stock Markets are Trading in the Red 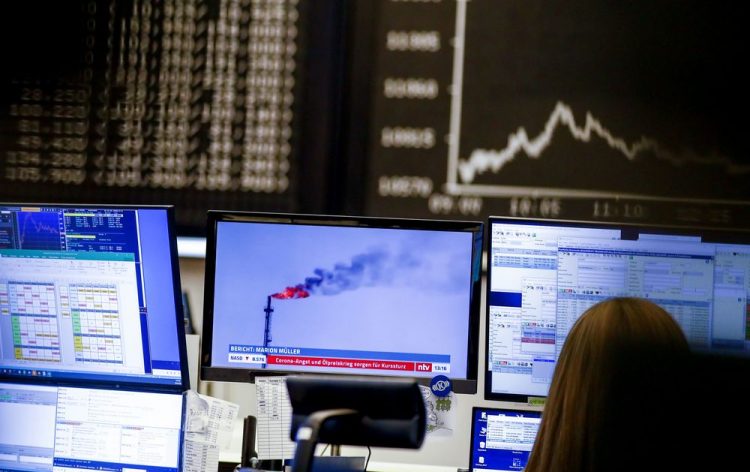 Equity markets in Western Europe declined at the start of the trading session on Wednesday. Investors follow corporate reporting and European statistics.

Consumer confidence in the French economy in October fell to 99 points from 101 points in September, according to data from the national statistical office Insee. Analysts on average had expected the indicator to be unchanged since September at 101 points, Trading Economics writes.

Equinor, a Norwegian oil and gas company, is down 3.1%. The company in the third quarter reached a profitable level, but net profit was worse than analysts’ forecasts.

The cost of the Dutch brewery Heiniken is down 2.2%. Beer sales in July-September fell by 5.1%.

The capitalization of Banco Santander (MC: SAN) SA, the largest bank in Spain, is reduced by 2.5%, despite the fact that the bank increased its revenues in the third quarter to 11.93 billion euros from 11.09 billion euros in the same period last year. The indicator also turned out to be higher than analysts’ expectations of 11.6 billion euros.

Deutsche Bank AG (DE: DBKGn), the largest bank in Germany, increased its net profit in July-September by 6%, and its revenues by 2%. However, the bank’s investment banking revenues declined by 6% over this period to € 2.2 billion. Income from trading in fixed income assets and currencies (FIC) fell 12% to 1.6 billion euros. Deutsche Bank shares are down almost 5%.

German chemical group BASF SE (DE: BASFN) is down 1%, despite the company posting a net profit of € 1.25 billion in the third quarter, compared with a net loss of € 2.12 billion a year earlier.

Meanwhile, the shares of the Swedish household appliance maker Electrolux AB gained 1.6%. The company reported in its financial statements that demand for its products is normalizing to pre-pandemic levels, but supply problems cut production by 10% in the third quarter and is expected to have an even more negative impact in the next three months.

The value of the German sporting goods manufacturer Puma SE is growing by almost 3%. Puma’s revenue in July-September increased to 1.9 billion euros from 1.58 billion euros in the same period last year. The company improved its annual revenue growth forecast to 25% from the previously announced 20%.

The shares of the German chemical concern Beiersdorf AG (DE: BEIG) are up 0.5%. The company’s shares will be included in the calculation of the German DAX index on Friday, the operator of the Frankfurt stock exchange Deutsche Boerse AG said. Beiersdorf shares will take the place of shares of the developer Deutsche Wohnen SE. After the German Vonovia bought Deutsche Wohnen, the company’s free float was less than 10% required by the exchange regulator.