FXCM troubles loses it US clients

Among the earliest Forex brokers and a giant broker, FXCM has been banned from operating in the US. The Commodity Futures Trading Commission (CFTC) found that the company was misrepresenting its services to its clients. The announcement by the CFTC came through on Monday, the 6th of February 2017 and the company had to give up its US customer base. Well, not really give up, but more like ‘sell’ the customer base, to Gain Capital Holdings, another US-based Forex broker.

If you were an FXCM client or at some point happened to browse through their website, you would have noticed that the company boasted of being a true ECN broker. The advantage of dealing with an ECN broker is clear because they have no interest in your gains or losses, only that you keep trading. An ECN broker acts as an agent, transferring your trades to a liquidity provider (LP), usually a bank. The quotes are received from the LP at a certain spread, then the broker will widen the spread to make a profit.

For a true ECN broker, like FXCM, they don’t have an interest in your trades, compared to a dealing desk broker. For these kinds of brokers, they are the market makers, and they lose whenever you gain and vice versa. It’s obviously a huge conflict of interest when dealing with such brokers, and many traders tend to avoid them. As it turns out, despite claiming to be a true ECN broker, FXCM were actually acting as a dealing desk, although not so openly.

In 2010, FXCM created a high frequency trading algorithm that would create a market for its retail customers, just like a dealing desk. However, they created a separate company to house this algorithm, HFT Co. From an outsider’s point of view, and by looking at the financial records, FXCM was dealing with a liquidity provider called HFT Co. Investigations by the CFTC later revealed that the algorithm used by HFT Co. was actually trading aggressively against its clients, which meant that the clients lost money. In return, HFT Co. kept 30% of the profits while 30% was kicked back to FXCM under the table.

Now that the CFTC has discovered these actions, FXCM has been banned from operating in the US. However, the company is still licenced in other areas including the UK and it won’t stop its operations. The CEO Drew Niv, though, has resigned, as well as some other company officials. 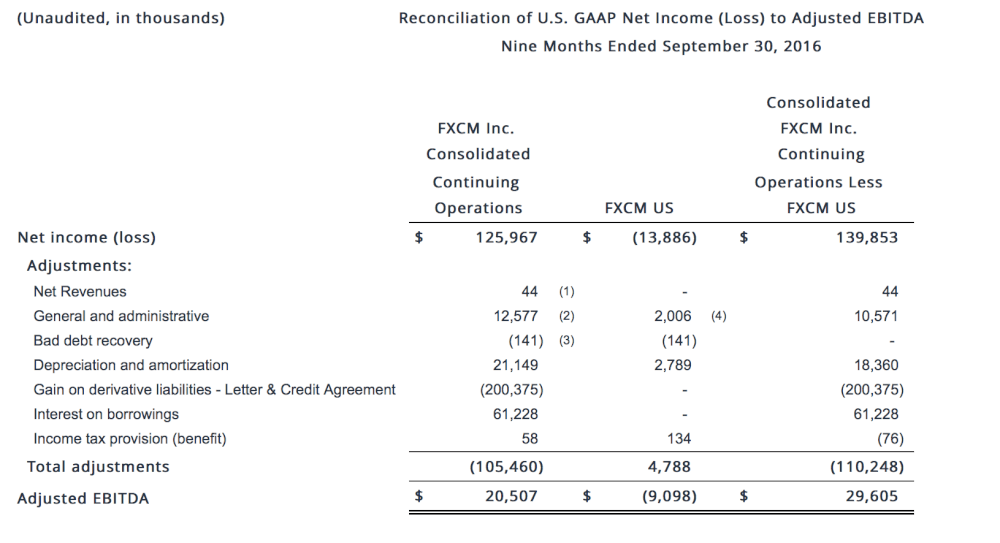 In fact, FXCM issued a statement saying that its loss of US clients will actually help the company save costs. The company issued a statement saying that they generated a net income of $125.97 in the first 9 months of 2016 after suffering a loss of $13.89 million, mainly from its US operations. In addition, they might gain from the sale of their client base – Gain Capital Holdings Inc. will pay for every client transferred within the 153-day closure period. For every client who makes a trade in the first 76 days, $500 will be paid while Gain will pay $250 for every client who trades from the 77th day to the 153rd day. Given the long client base FXCM had, the deal might actually help to increase revenues for the company.

This case raises other concerns, though, what are the financial regulators doing? Why did it take the CFTC more than 6 years to discover what was going on, and what will other regulators where FXCM is registered do? Who are we to trust if even the most reputable forex brokers can be caught doing something like this? Such incidents can really dampen a trader’s mood and put off potential new traders, this should really be a cautionary tale.