The only remaining original member of the Dow Jones Industrial Average, General Electric, will no longer be a part of the index after June 26. The index, which tracks 30 large publicly owned companies, was founded in 1896. Initially, it included 12 industrial companies. Besides General Electric, the index tracked the performance of American Tobacco Company, Laclede Gas Company, United States Rubber Company and more. None of the original components remain in the index after GE’s removal. One peculiarity of Dow that distinguishes it from other indexes is that it weighs in the 30 companies based on the share prices and not market capitalization. Consequently, even before removal, GE’s share, which was at under $15, was factored in much less than the other companies.

General Electric will be replaced by Walgreens Boots Alliance, a company that operates pharmacy stores. It is the second largest pharmacy chain, behind only CVS Health. The decision to put the company in Dow aims to “make the index a better measure of the economy and the stock market” – as explained by the managing director of the S&P Dow Jones Indices’ index committee, David Blitzer. According to the statement, giving more consideration to the healthcare sector will make the index more representative of the general market. Walgreens’ shares went up over 4% after the news broke out, while GE shares dropped 1.5%.

General Electric keeps a positive outlook on the future.

As past experience has shown, being dropped from the Dow does not necessarily entail a downturn for the company. Goldman Sachs analysts commented on the issue: “Lastly, while a negative in the near-term, we note that recent removals from the index have gone on to outperform the DJIA in the 12-months following the announcement”. Although the share prices experienced a slight drop right after the news, it is likely that in the long-term the prices could go up. Some of the previous examples demonstrate this clearly. For example, after AT&T was replaced in Dow by Apple in 2015, its shares saw an increase of 15% during the next year. Similarly, Bank of America and HP both saw very large surges after they left the Dow Jones Industrial Average. 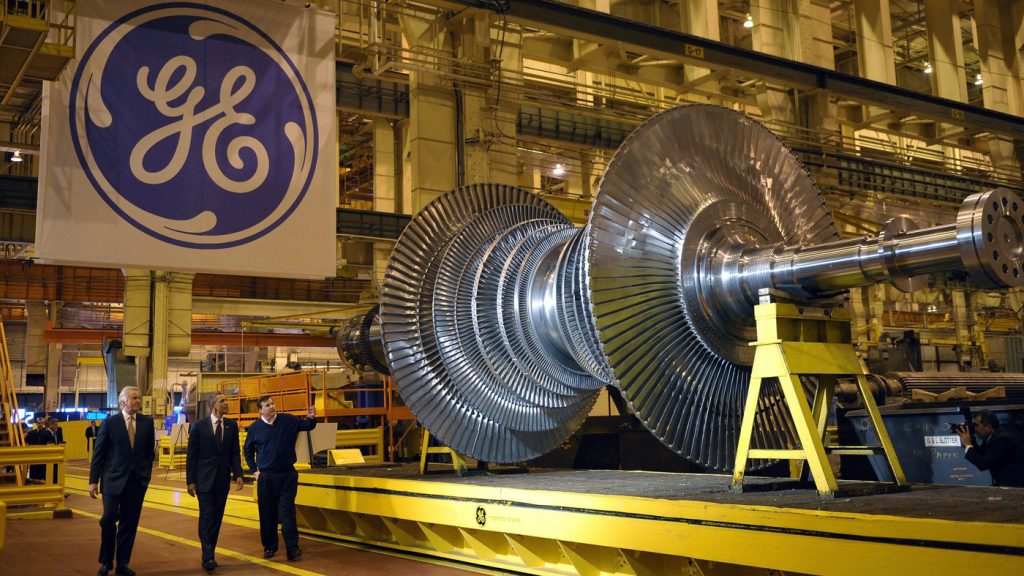 A representative from GE said in a statement: “We are focused on executing against the plan we’ve laid out to improve GE’s performance. Today’s announcement does nothing to change those commitments or our focus in creating in a stronger, simpler GE”. The company remains one of the largest by market capitalization in the world. In the S&P 500 index, which tracks 500 of the largest companies traded on NASDAQ or New York Stock Exchange, GE ranks as the 44th largest by market capitalization. The fact that GE share prices weren’t affected much by the news could be explained by the lack of popularity of Dow among financial instruments for tracking or benchmarking. The index is tracked by under $30bn worth of assets, compared to almost $10tn for S&P 500.

We can wait and see how the two companies are affected by the change in the future. It is likely that the exclusion or inclusion in the Dow Jones Industrial Average will not have a great effect on either. Some note that this is simply a matter of prestige as the index is very elite and tracks only a handful number of companies. Like previous examples have shown, being excluded from Dow could turn to be a positive influence on GE’s development.