A peek inside Georgia’s gambling industry 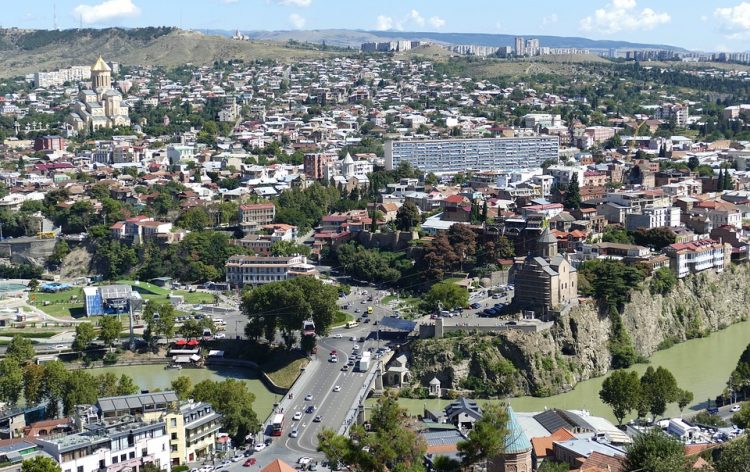 No, not the US State Georgia, but the European country Georgia. Yes, there is actually a country in Eastern Europe, which is considered to be the gateway to Asia, thanks to its position in the Caucasus mountain range. The country itself isn’t too big, nor is their economy, however, what is truly distinguishable about them is the size of their gambling market, which rivals many larger countries.

The reason why Georgia managed to develop its gambling market to such a degree is primarily their geopolitical location. Most of the offline customers come from neighbouring Muslim countries such as Turkey, Azerbaijan and even Iran. A large majority of the revenue, however, comes from online slots, which are more popular with the locals.

According to the analysis of the year 2014, there are about 92 companies dealing with the gambling industry in Georgia. 32 of them are considered to be large entities, while the rest represent neighbourhood or very niche-focused companies. Most of the casinos are online and very few of them can be found to be land-based. It is also important to note that there are only 2 hubs for casinos in Georgia, in the capital Tbilisi and the Summer vacation destination, Batumi.

Tbilisi is more in-tune with the locals, while Batumi is famous for catering to foreign customers such as Turks and Azerbaijanis. Despite such adoption of catering to a wide audience, Georgian casinos are still seeing most of their revenue from locals through their online platforms. Till this day, the most popular casino, Adjarabet is considered to be the #1 most visited website in all of Georgia.

There is no clear indication about an existing regulation for gambling in the country, but there are rumours about an upcoming one. However, it is unlikely to happen as according to some sources, many of the country’s politicians are patrons to some of the largest companies. When it comes to taxes, the casinos pay the usual amount in Georgia, 18%. The revenue report from 2014 shows that the companies were able to make a combines 1.2 billion GEL in just 1 year. That is about $450 million.

Based on the tax that the government is receiving from this industry, arguably the largest one in Georgia, it is highly unlikely that they would impose any crippling regulations. Currently, there are only a few concerns that the Georgian community has with the operators. The fact that they don’t curate who plays on their platforms. Many underage individuals have been seen stealing the identity of their parents or older siblings in order to register on the platforms. The popularity of the casinos is also reinforced by their ability to provide high-paying jobs to their staff. This does not include game presenters, waiters and other offline staff, however. Most of the well-paying jobs and positions are located within the company’s headquarters. Many young Georgians dream of landing a job in the company’s Marketing and Development teams, which have proven to provide the most value.

Almost all of the 32 large entities are up for sale in the private sector, while the public cannot access it. In fact the 2 largest companies, Adjarabet and CrystalBet saw 50% of their companies be sold to Paddy Power Betfair plc, which is quite the powerhouse in the industry.

According to some sources, the gambling market in Georgia is in close ties with the local government. Being able to gain significant subsidies on taxes and operational costs. But it is considered to be just rumours. However, multiple revenue papers and documents have shown that these companies contribute significantly less to the economy than any other industry.

An uproar hasn’t happened officially, but in the wake of constant controversies and the ever-growing gambling addiction indicator in Georgia, it’s just a bomb waiting to happen. Naturally, all of the companies and even the government are anticipating this, therefore some regulations are currently being developed. Guidelines such as double factor authentication to filter out under-age players, restrictions based on Net income to some citizens, and possibly a future ban on land-based casinos in Tbilisi.

Overall, the ban on Land-based casinos wouldn’t do too much to the revenue of said casinos. Their primary income from land-based branches comes from Batumi, where foreigners are more likely to gamble. While people in the Capital are more likely to use online sources. Even if offline players are restricted from accessing land-based casinos, they will just switch to online platforms, rather than take the 6-hour road to Batumi. So the law could just be a distraction from the government.

Nevertheless, the buy-out of Adjarabet is a clear indication that Georgian casinos are trying to get out while they can and focus on another emerging market, Agriculture and commerce, thanks to the now-in-progress Anaklia harbour.