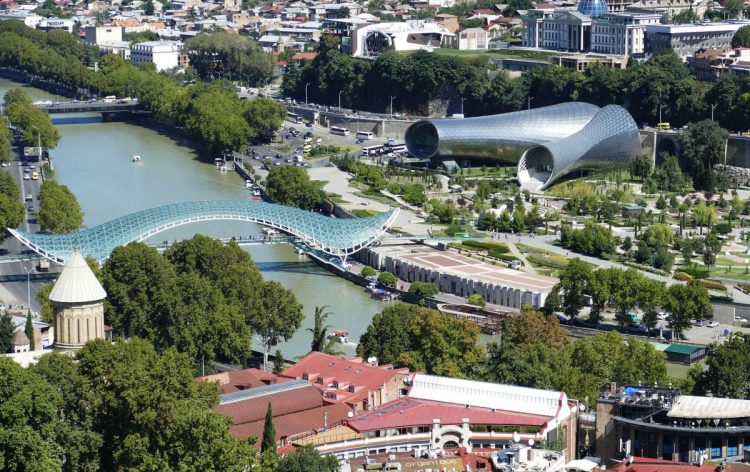 The National Bank of Georgia announced September 26th that it will be hiking the refinancing rates in the country by 0.5 percent in order to somehow combat the unplanned inflation rates.

The refinancing rates will be reaching 7.5% after a similar hike in the past. But the past isn’t as distant as some may think as it happened on September 4th when rates were increased to 7.0%.

But it seems that the damage that June had on the country’s inflation rates isn’t going to be repaired easily and will require much more government interference in the future.

As it stands right now, the inflation rate is 4.9%, which is nearly 2% more than the NBG was anticipating for 2019-2021 in the country. This implies that the national GDP growth of 4% which the country has been enjoying in a relatively stable manner will be cut down due to inflation rates.

The economy has quickly become problem #1 for the ruling party as they prepare for the 2020 October elections in order to somehow dominate the parliament once again. Should the inflation rate persist in 2020, it’s highly likely that the enraged populace will get rid of them.

Although many officials are saying that there are numerous ways to increase one’s income through various sources, it needs to be noted that FX isn’t very trusted in the country and neither is any other means of investing and trading on the financial markets.

Because of this, the overwhelming majority of the country’s population is solely dependant on the income they generate through regular jobs.

Considering how everybody is paid with the local currency Georgian Lari, it’s obvious that the purchasing power of the local consumer keeps on decreasing.

Why is the currency so damaging to the economy?

It needs to be noted that the depreciation of a currency is not necessarily the end of the world for a country’s economy. In fact, it could be a very advantageous event as exports become much easier. However, Georgia isn’t too strong when it comes to imports. The country mostly focuses on agricultural commerce, thus limiting the range of markets they can access.

Currently, Georgia’s main export is wine and nuts, both of which have serious regulations in the European market which most manufacturers try to target. Because of this, prices have to be hiked to remain profitable, thus diminishing the value of a product significantly in the eyes of European consumers.

Nowadays, most Georgian manufacturers rely on the Russian market for exports, and that is the same market that has caused inflation issues for the country.

Why the economy is in such turmoil

The issues with the economy began in June 2019, where the country was in an uproar for having a Russian Deputy sit in the armchair of the Georgian Parliaments chairperson.

On June 20th, a large chunk of the capital’s population took to the streets to protest such an event. Russia has occupied 20% of Georgia’s territory after two wars in the last two decades, which is why it was taken as such an insult.

However, the protest was seen as an Anti-Russian demonstration by Deputies in Russia, which they answered with a flight ban to Georgia.

This was a major hit to the economy as the country relies quite a lot on tourism, and especially tourism from Russia.

Although the flight ban decreased the number of Russian tourists going to Georgia, it wasn’t that big of a loss when we look at the numbers. However, the speculation was more than enough to have the official exchange rate near 3 GEL per 1 USD, the highest it’s ever been.