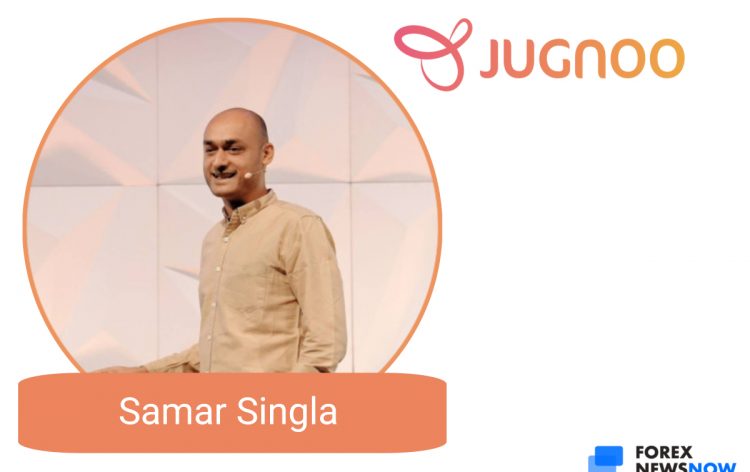 Let’s start with a small introduction, tell us a little bit about yourself and what you do

I run two companies, one is Jugnoo which is an on-demand auto-aggregator in India and the second one is JungleWorks which is a technology startup provider for on-demand services.

Out of these two companies which one do you think is more successful?

They are both successful in their own way, B2B business is more cash positive and is more profitable, but B2C business really gave us the brand we have today and it actually has the potential to be a bigger business in the long term.

I hope it is fine that we will be focusing more on Jugnoo in this interview, has the success of the company met your expectations?

I think yes if we consider a few things. One – we have not put that much money as our competitors and also the fact that we have been able to grow very organically and create a brand for ourselves, I think in that case we have done pretty well.

How did it all start where did you get the idea for Jugnoo and the name itself?

So in the beginning, the idea was that the product was really an experiment, we were in our B2B business and we thought let’s do a promotional campaign for a college festival and provide the transportation that would be used for the college festival only. And this worked really well and there was a demand the next day so we decided to explore it. We started pushing into it and we saw the demand was there and we just turned it into a company. So it was really an accident and just a joke.  As for the name it means firefly in Hindi, we wanted a name that would be a friendly name for everybody and easy to speak in any language in India. So it is easy to speak, its memorable and also it brings good memories from childhood.

So Jugnoo started in India and probably is still very successful there. Is it popular compared to other similar companies in this industry?

Do you think that the budget offering is a defining feature of Jugnoo that made the company so popular or is it an additional value that it provides to the customers?

I think being a budget offering differentiated our audience and because of this, we were able to grow without competing with Uber.

In most cases around the world, people have the understanding that it is extremely easy to have a successful business in India because the market is large and even if you have a low pricing policy you can still make a fairly good amount of money even if you have a small percentage of the population as a customer. But since you have experience of dealing with business in India, what are the major setbacks and issues that people face during the process of building a business there?

I think it is a misconception that it is easy to have a big business in India, yes the market is huge but at the same time, the challenges are very big. I will give you an example, lots of companies are coming to India from abroad and they are bringing a lot of money but over time they are unsuccessful. The reason is that the Indian audience is very choosy and picky when it comes to choices. And also they are very price sensitive so the margins are very low in the Indian market. So I think if you can build a business slowly it can be a very big business. But if you will try to burn your way to get market share, that market share can be lost very quickly in India. If you look at other countries people have more brand loyalty, in India people don’t. Because they are so focused on the price factor.

What happened in our case and why we decided to export Jugnoo outside India was actually a demand that was coming from abroad. And we said okay let’s do a pilot and if the pilot was successful why not, let’s push it. At the same time, it was not really a level of success so to speak it was more like thinking that we saw the demand and we said if there is a demand we should fill it.

In the beginning, we had some issues because we thought that the market was similar as we had in India but soon we realized that running a business internationally is going to be very difficult. And we set and figured out that the B2B model looks better outside of India which leads to the conclusion that our partners were more crucial outside India than inside. In India, we could run everything ourselves which we did but outside, it is much more advisable to find the right partner and really focus on them.

In the foreign markets, there are a lot of competitors and as you mentioned in western countries the customer loyalty is very high and the success of the business highly depends on that.  So how does Jugnoo fit in the markets such as the market of the USA or the UK where there are companies like Uber and Lyft

As I mentioned we focus on being B2B company outside India, where there are such competitors as Uber and Lyft it is difficult to create brand loyalty everywhere and we are not even trying. So what we are trying to do is to be a B2B service and not to see the brand out of India.

As already heard and read on your website you are also trying to go to the UAE market and do you think you will be challenged in the same way as on the western markets?

I think that where Uber and such companies enter a new country and merge with the local companies there is a big push from the market in terms of demand. A lot of local players want to start their taxi business because they feel like there is space, which is true. So I think we are looking to find the right partners to basically have a new way in the UAE.

I also know that you will be speaking at Seamless Middle East conference which we will also be featuring on our website, what will be your main topic and what will people learn from you there?

I am talking about really figuring out the way to build an on-demand business without investing a lot of money. When we think about on-demand businesses people usually think that to start this kind of business you really need to have at least a billion dollars and things like that. So we are trying a different approach and that’s what we are talking about hopefully we will be right but who knows.

Have you ever done anything similar such as public speaking in front of such a large audience?

Yes, I go to such conferences pretty much every month, I do this regularly. I am not a professional speaker so to say but as a CEO I have been going to multiple places speaking about the business and sharing my experience.

After the conference what will you be doing in the short and long term and what is the big picture for Jugnoo in the future?

There are two things connected with the big picture of Jugnoo. One is that companies are really successful in the local market, but not companies like Uber, but ones that dominate the local markets. So we are trying to be a platform for any transportation service to be done. What we feel is that all these people are entrepreneurs who want to build a company on top of our platform and that’s what we’re trying to provide – to be a platform for transportation for any on demand company.

What do you think will be the main issue you will be facing while executing this big picture for Jugnoo?

I think the main issue is that when companies like Uber or Lyft burn the market. It increases the market entry barrier to a point which a smaller startup can’t reach. So the best company does not win, the biggest company that puts more money does. This is the main challenge.

Of course, that’s the obvious thing, every business has to face a challenge and solve it we are not talking about the existential issue that only this domain is facing.

I can see that you are entering a very heavy competition market and you are full of enthusiasm and confidence, and that is what most entrepreneurs lack when they are starting their business so what would be your advice to entrepreneurs reading this article.

I think a lot of people think that is is a 0-1 game when there are one or ten big companies on the market they think the space is full and it’s done. So I feel that we have been very consistent in thinking that there is always some space to find the right niche. Most of the entrepreneurs do not do the right research and they think that if something is competitive from the surface let’s not get into it. But in reality, if you think of it every good idea will have some kind of competition you just have to be smart and be focused on finding the right niche and keep growing.

And lastly, when will the people at the conference be able to see you, when will you be speaking?

The day after tomorrow, at 11:20 Dubai time is when I will be speaking at the conference.