Home - Top Stories - Invesco Believes that Blockchain ETF is the Future of Trading
Top Stories
by Tornike on March 12th, 2019

Invesco Believes that Blockchain ETF is the Future of Trading 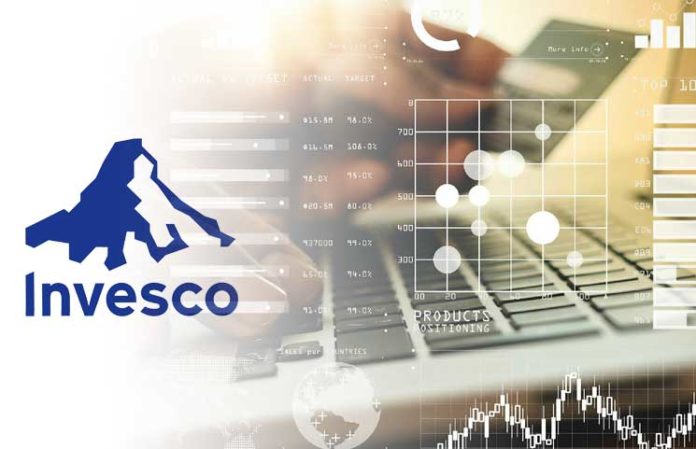 The American-based investment management company, Invesco has successfully launched the exchange-trading fund, also known as ETF at the properties of the London Stock Exchange.

The experienced group of people alongside with Elwood Asset Management took part in developing the blockchain-based UCITS ETF. The well-trusted investment firm, EAM has had enough experience in offering varieties of investors blockchain-supported innovations and digital coins.

The head executive of EMEA trading fund, Gary Buxton reported: “Invesco as an investing company is known worldwide for having an ability to identify upcoming opportunities. That’s the reason why we’ve gained enough reputation among hundreds of investors to bring all kinds of innovations to the market.

We do believe that blockchain technology has the brightest future and can distort the existing state of affairs, considering the fact that every company tries to root for long-term investment instead of emphasizing on short overnight success.

Our company is eager to introduce brand new fund, offering once in a lifetime opportunities to the people, who are ready to influence market within the help of ETF infrastructure and Elwood’s expertise.”

How We Tend to Operate

The chief executive officer of Elwood, Bin Ren stated: “Everyone knows what blockchain technology has been successfully implemented for a decade, but still majority of the consumers think that it’s just a highly protected infrastructure behind thousands of cryptocurrencies. Nonetheless, the real potential has no limits to reach.

So far, only financial-oriented companies extend their digital entities onto the above-mentioned application, but anytime soon more industries will get the real taste and follow the rapidly growing trend. We’ve already seen enough results to realize how big blockchain technology is, it definitely can influence today’s market in the near future. Some people didn’t believe into the power of email, that’s exactly the issue each us should avoid facing.”

The index itself already unites up to 50% of the companies, including the information technology sector, 25% from the financial market. Surprisingly, Japan and the United States of America lead the other countries on a geographical basis.

Back in February, SIX Swiss Exchange released the Ethereum-supported exchange trading platform and found the success in a matter of weeks after launching the product nationwide.

Meanwhile, most of the US-based companies struggle to deal with regulations to expand their digitals assets. Specifically, the Securities and Exchange Commission worsens the current condition by denying the majority of the requested, submitted by leading companies of the country. On the other hand, Japan has already made the first steps to enter the trending market by supporting the idea of blockchain-enabled ETF platforms.