JPMorgan to open a FinTech campus in Palo Alto

JPMorgan CEO, Jamie Dimon, has always been adamant in expressing his enthusiasm about the FinTech industry and particularly the technology startups in Silicon Valley. He has commented on these companies multiple times labeling them as “hundreds of startups with a lot of brains and money working on various alternatives to traditional banking.” It is not surprising that the leader of one of the largest banks in the world is interested in the industry. Banking is changing as more services are being digitized and the traditional banks have to keep up with the developments or they might lose customers to smaller startups offering unprecedented convenience. This might have been the main motivator behind JPMorgan’s decision to open a FinTech campus in Palo Alto. The campus, which will be located near Facebook and Google will fit 1000 employees.

This is not going to be the first investment made by the bank aiming to improve its technology and offer competitive services. JPMorgan has already made large investments in artificial intelligence and machine learning technology in order to improve its underwriting. The bank currently employs over 50,000 people in technology. All of these resources aren’t simply wasted or devoted to long-term research as the company has already come up with a few products that are positioned to counter the technology startups offering innovative services. For example, only a couple of months ago the bank launched its mobile and web service for online investing. 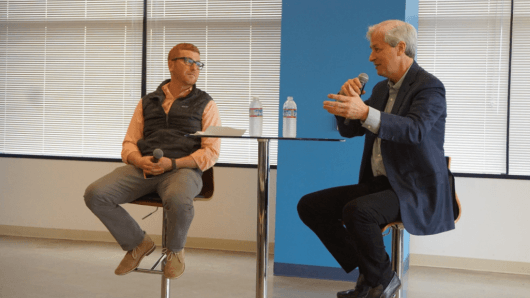 JPMorgan acquired WePay to expand in the FinTech industry

Another decision by JPMorgan showing its interest in the FinTech industry is its acquisition of WePay, an online payment service provider that offers similar services to Stripe and PayPal. The employees of WePay will also be relocating to the new campus in Palo Alto. The Operating Chief of WePay, Tina Hsiao, commented on the news saying that JPMorgan had been planning to open up a FinTech campus since the acquisition. She also commented on Jamie Dimon’s approach towards startups and said that the CEO of the largest bank in the US by assets takes the industry seriously and has long-term plans for it. “He said don’t let the big bank bog you down, because that’s not the point. He encouraged us to continue to push through and influence them,” – Hsiao remembers.

JPMorgan describes the FinTech campus as a “modern workplace design with amenities that matter most to employees and state-of-the-art technology to increase collaboration.” The campus will be built in two phases. The first phase will include the construction of a two-story building spanning 115,000 square feet and the second phase will include an 80,000 square-foot edifice. The company will be renting the property for approximately $107.64 per square foot a year. Such prices make Palo Alto the most expensive city in Silicon Valley. It is also home to one of the largest intellectual resources in the country. “Nontech industries are opening, whether it’s thought centers or innovation centers, to tap into the intellectual capacity that’s here in the valley. It’s a continuing trend,” – commented Jon Cannon who is the executive managing director at commercial real estate advisory firm Newmark Knight Frank. 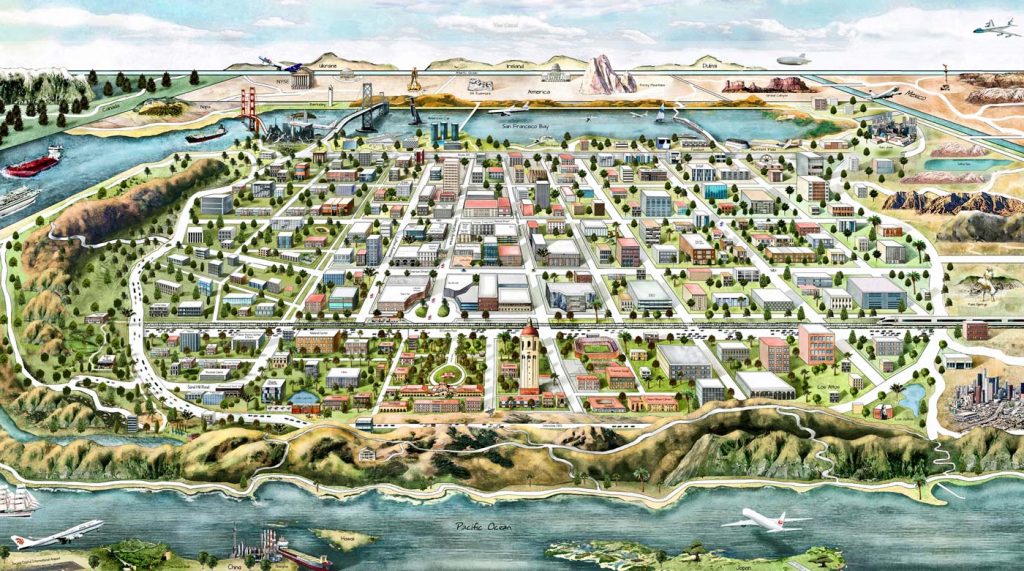 It is reassuring to see big banks such as JPMorgan embrace the idea of a changing banking industry. As most of the intellectual and financial resources are still concentrated in such banks, an inclusion of their efforts in the development of the financial technologies would streamline the process and accelerate the introduction of digitized financial services. As such products and services offer more convenience to the end-users, it will be beneficial for the customers as well. Although the CEO of JPMorgan has had a rocky relationship with the idea of cryptocurrencies, even calling Bitcoin a bubble bound to blow up, it is evident that the bank is interested in the financial technologies and is prepared to make sizeable investments in it.