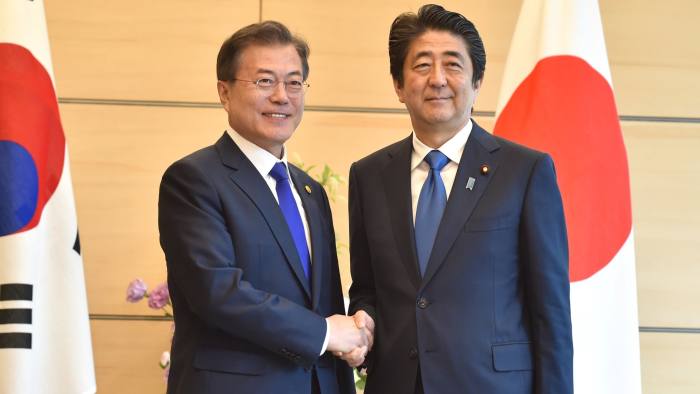 Japan recently imposed certain limitations on exports to South Korea. The limitations were specifically related to high tech materials that are used within South Korea to manufacture chips that are then used in producing smartphones and other, high tech, small component devices. The export curbs from Japan were initially the result of Japan claiming South Korea was using the tech for inappropriate purposes related to weaponry. But, after South Korea protested the claims, Japan quickly decided to take back the limitations and reinstate exports, while moving down South Korea from a priority white list for exports. Japan is the sole provider of the high tech materials required for the manufacturing of the goods, which was specifically showcased as a result of the export curbs imposed by Japan. While Japan might have been flexing its market powers and significance, there are certain experts that are finding the situation to be dangerous for Japan.

Japan was intending to showcase how significant it was within the high tech materials manufacturing industry and remind the companies how important Japan is to them in the process. But, while Japan was doing so, many saw this as a threat to the industry which might be utilized by companies and countries to enter the market at the expense of Japan. This risk is something that many experts have started discussing recently, especially since South Korean companies, as well as the largest consumer companies for the materials, have decided to start looking for alternative sources of such materials for the future, but for now, Japan remains safe. The manufacturing of the three chipmaking materials is a complex process, and the purity of the materials required in order to successfully manufacturing chips is only achieved by Japan Inc. at the moment. South Korean companies that use the products mention that this is the only reason they are sticking with the Japanese product, but some of them have already released statements that they would be willing with alternative suppliers in order to acquire the materials if the quality was similar.

The potential damage that Japan could be doing to the industry, through its significance to the supply chain, has proven that there is a need for the companies to start looking for alternative sources of the three materials. The niche market for fluorinated polyamides, photoresists and hydrogen fluoride is currently entirely dominated bu Japan, but there is definitely being looked at by South Korea and China as a possibly lucrative market to enter. There are already certain actions being taken by both countries and the companies within these countries, in order to repace Japan. Samsung has reported that they intend to increase the amount of testing they do for the materials from other suppliers, in hopes of finding a new one. Supplier companies from South Korea, on the other hand, are looking to match Japan’s quality in the materials, in order to be able to compete with it.

South Korea has stated that they intend to start subsidizing chip making research and manufacturing of the associated materials within their borders. This way, South Korea intends to avoid the damage that the Japanese export curbs could deal if the country decides to impose them again, or in stricter terms in the future. The lawmakers of Seoul are fearful of similar damage to the economy as was done in the past by the rare earth shock, which came after Japan decide d to stop exporting rare-earth to South Korea. Furthermore, South Korea has decided to allow Soulbrain, the company that is supplying the world’s first and third chipmaking companies with their related materials, with expedited paperwork in order to allow them to build a new plant .the plant is expected to allow the company to produce the quality of the materials that would be able to compete with Japan.

Japan might be safe for now, as it is the only country in the world that can produce the materials of as high a quality as demanded by the manufacturing companies, but there is a lot of danger in the coming years. The flexing of the specific importance to the supply chain has resulted in the world seeing a lot of reason in creating alternative sources of supply. With the curbs of these exports being imposed, companies are seeing a reason to ask for the front-loading of many different materials that they receive from Japan, fearing similar curbs coming to these materials as well. What is even more feared is the fact that a fall in Japanese exports might be damaging to the local economy. The companies are saying that damage done to their exports might result in the fall of their revenues which will decrease their ability to pay local workers for their services and employ a certain number of people.

In the context of a slowing global economy, this might be an extremely dangerous situation. If Japan fails to upkeep their economy, they might be one of the most extreme recessions in the coming year, facing tougher times than many of the other countries in the world. How Japan handles the export curbs in the future and how fast the other Asian countries can replace it as a reliable supplier are going to be defining the economic situation within the country in the near future.