Home - Top Stories - Nick Vujicic – The man who is conquering the world without arms or legs
Top Stories
by Martin on April 23rd, 2019 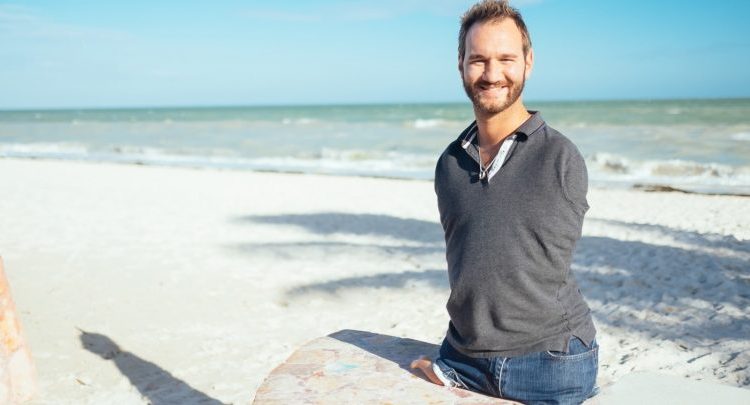 Nick Vujicic is an Australian motivational speaker, and quite popular with the online community. He has been seen in numerous talk-shows with famous hosts talking about his extremely rare condition. Nick was born in 1984 in Melbourne, Australia, with a condition called tetra-amelia syndrome. Tetra-amelia is a very rare condition which leaves an individual without any limbs. That’s right, no legs and no arms. Despite this arguably crippling condition, Nick was able to rise above it all and still make a name for himself.

He is currently involved in numerous motivational speeches, has founded an organization for people with not the same, but similar conditions or for people who have just lost their limbs in their life. He is happily married to Kanae Miyahara and has 4 children.

What to learn from Nick

What’s so amazing about Nick is that he was able to rise against his disability and not let it be a nuisance in his life. He managed to overcome the restrictions that a limbless life can entail and managed to carve a name for himself in the book of history. He is able to give back to the community as well, acting as a motivational speaker as well as a writer.

Although some may say that his Net worth is way too small for consideration, I believe that it is amazing that a man with such challenges in life managed to attain more than most people in the world. His current Net worth is sitting at $500,000 and is nothing to smirk at.

There are many lessons we can learn from Nick, especially the lesson of embracing life as it is and trying to make it better no matter what holds us back.