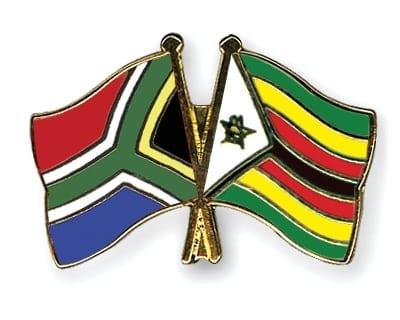 Just recently a spokesperson for the Finance Ministry of South Africa announced that the country turned down the request for $1.2 billion loan from Zimbabwe in December. According to the statement made by Jabulani Sikhakhane, the official spokesperson, South Africa simply does not have that kind of money to lend it out, and at the same time, South Africa needs as much cash as possible to invest it locally. There was no further explanation made by the South African officials and the representatives of Zimbabwe government have not made any comment regarding this matter yet.

There’s been some political turmoil in Zimbabwe since the country moved from Mugabe’s presidency. It brought big economic challenges, the country’s currency value has significantly lowered, the devaluation of currency and the US dollar scarcity has lead Zimbabwe’s economy to liquidity shortage. The situation got even more acute after the government made a decision to increase fuel price, that necessitates so much foreign currency. This decision has resulted in a huge wave of anti-government protests.

As per as the Zimbabwe police report, three people have died during demonstrations in the capital city Harare and second city Bulawayo. However human rights group claim that as per as the evidence at least dozens have been killed in the clash between protesters. It does not seem that the situation in Zimbabwe will get better any time soon and the country is in need of help from their neighbor. However, the economic situation in South Africa is not good as well and as reported by topforexbroker.co.za, in 2019 there will not be a huge growth of the economic indicators. Despite it, some of the experts say that the situation in Zimbabwe might contain future risks for South Africa and as it seems at this moment the markets are completely ignoring these risks.

The first thing to be mentioned here is that economic problems are not new for Zimbabwe, as the country has been having constant hardships in this field for many years, thus – economic issues itself do not contain a risk for South Africa at this time. It is the violence of the protesters, that SA needs to worry about. Last several weeks there has been a stream of Zimbabwean immigrants, this fact itself is not unusual for SA, as the country previously aimed to legalize and manage most of the migrants. However, if there will be a rise in illegal immigrants, it will put great tension on social structures and infrastructure. Especially Eskom which plays a large role in SA’s economy.

South Africa has been affected by the events going in Zimbabwe previously too. In the early 2000s, Zimbabwe shuffled the risk aversion among local and foreign investors in South Africa. This year, the situation can be even worse since SA is having elections.