Home - Top Stories - The impact of US protests on financial markets
Top Stories
by Seth Parker on June 6th, 2020

The impact of US protests on financial markets 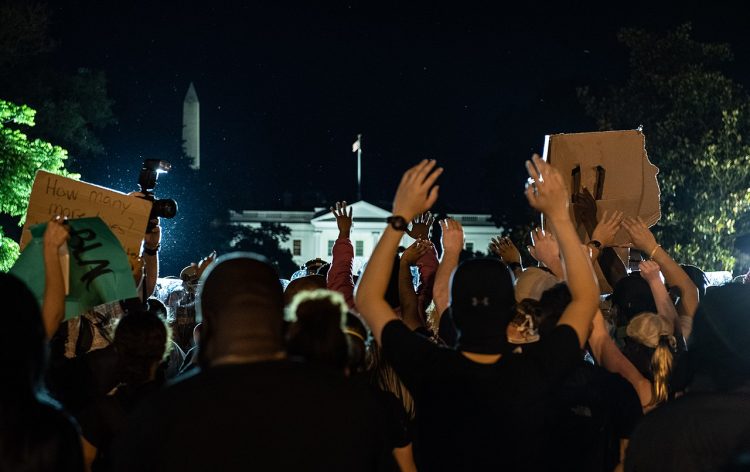 The death of 46-year-old African American George Floyd provoked massive protests throughout America. The death of a man is associated with the tough actions of the local police – one of the representatives of law enforcement agencies strangled a person for several minutes.

After the shocking events, people from different cities began to take part in peaceful demonstrations, which quickly grew into looting and pogroms. As a result: destroyed shops and curfews in several large cities. How the situation in America affects stock markets and private business? We will try to understand what to expect from the international platform and which companies will be in a favourable position.

How have protests in America affected business?

The largest retailers are closing their offline stores in areas where protest sentiment is noted. In particular, the tech giant Apple, the popular Amazon supermarket chain, and CVS Pharmacy brand pharmacies were affected. All of these companies announced a temporary closure or schedule change in accordance with a curfew.

One of Amazon’s stores, which switched to the delivery of goods in connection with the pandemic, completely stopped working. The company adjusted the usual routes in several cities, ordering drivers to finish the working day. In many cities in America, taxi services stop working when curfews come. Despite this, Amazon shares are upward, trading at $2.488 apiece.

On June 1, a virtual strike took place on Facebook. Dozens of employees of the social network did not come to work in protest and expressed their position regarding the publication of Donald Trump. Shares of the company responded with a decline. Remember that last week the social network did not apply censorship against presidential posts. Many of Trump’s messages related to the tough attitude towards the protesters. At the same time, the social network Twitter limited viewing and commenting on such posts, referring to the rule regarding the promotion of violence. Twitter shares began to go up, now trading above 34 dollars apiece.

The mass protests in America dealt a double blow. On the one hand, the economic situation is becoming even more complex, and entrepreneurial activity is facing new threats. However, there are political consequences. Market participants realize that Biden’s victory in the US election could be a negative factor for risky assets.

According to some experts, the threat to the US economy is not in protest moods, but in the coronavirus pandemic. The effects of the epidemic could cost America’s budget too much. It is estimated that over the next 10 years the country will lose over $16 trillion. Given inflation in 2023, the level of GDP will drop to 3%.

The conflict between America and China affects the stock market

Tensions between the US and China could negatively affect the rally of US securities. Recently it became known that the President of America ordered the abolition of the special regime for Hong Kong. Most likely, now, the trade conflict between influential countries will escalate. The tense relationship between China and America could be the new driver of volatility in the international marketplace.

Some investors believe that the decision of Donald trump returns a conflict that faded away earlier this year. Washington and Beijing concluded the first phase of the transaction, and as a result of lengthy disputes, they were able to agree on further trade cooperation.

The trade war between the two states has long been the main reason for the high volatility of stock markets. The flow of news influenced the mood of investors, as a result of which quotes changed by tens and hundreds of points. The news of the completion of the first phase of the trade transaction pushed the S&P 500 index to historic highs, but soon the coronavirus pandemic began, which worsened investor expectations and adjusted the index.

Now the tension between the two large economies is increasing every day. The US president accuses China of spreading a pandemic and threatens with new sanctions bans.

Who will benefit from protests in the US?

Protests in America often end in riots, the destruction of shops and restaurants. Given the current events, two companies can capitalize on the protest mood of the Americans: