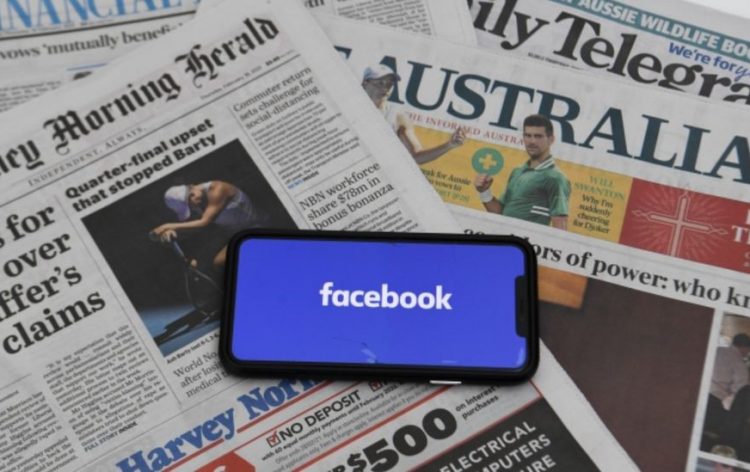 Australia has recently proposed a law that is causing nothing short of havoc in the online space and is certainly getting the rest of the world’s attention. If the law is enforced, it will mean that every time technology companies like Facebook or Google have a user post a news article, they will need to pay a certain amount to the publisher. The idea behind the potential law is to support Australia’s public interest journalism and so far it has received the backing of many media companies in the country. The legislation is going to be debated soon, and the outcome could cause further ructions in the online realm as more tech companies become affected by it. Here’s an overview of the spat between the Australian government against the social giant Facebook, and how the duel might unfold in the stock trading markets.

What began as Australia’s attempt to pass legislation that would require tech companies to pay publishers for news that is posted on their platforms quickly escalated into an all-out feud as Facebook retaliated to the announcement by restricting news sharing on its platform in Australia. Facebook and Google are the main targets for the new legislation due to the fact that news outlets feel that they should be remunerated for their stories because the two tech giants reach most of the advertising market, invariably resulting in traditional media missing out on significant revenue. Facebook’s retaliation came swiftly as the social media goliath blocked its users in Australia from sharing news stories and prevented users in the rest of the world from sharing any news articles from Australian publishers. Millions of people all over the globe use Facebook to keep up with the latest news and goings-on in the world, so this move from Facebook had a far-reaching impact. Australia’s Communications Minister Paul Fletcher said in an interview, “Facebook needs to think very carefully about what this means for its reputation and standing.” If this legislation is passed into law it could have huge impacts in the tech world, as Facebook has threatened to block people and publishers both from sharing news on the Facebook and Instagram platforms, while Google threatened to close down its Australian search engine. However, while the companies disagree with what’s happening in Australia, it seems that they have made agreements independently of each other to compensate some publishers.

It was the Australian government against the social giant, and the latter certainly made waves with their comeback. After Facebook’s swift actions, the company went into discussions with the Australian government and came to a middle ground of sorts, which resulted in Facebook restoring its news capabilities for Australian users. This came largely due to the fact that certain government pages were blocked, such as health and emergency content. Facebook explained in a statement, “After further discussions, we are satisfied that the Australian government has agreed to a number of changes and guarantees that address our core concerns about allowing commercial deals that recognize the value our platform provides to publishers relative to the value we receive from them.” The bill has since been introduced to parliament in Australia, where it has yet to be passed as law. The amendments that have been made, in accordance with the discussions between the two parties, center on the government factoring in any pre-existing agreements that Facebook and Google may have with news outlets already, before deciding whether the two companies need to abide by the new law. The government has said that it will give the platforms a notice period of one month before a decision is made, and a two-month mediation period for the companies to sort out the details or they will enter into arbitration.

The ripple-effect of Facebook’s drastic actions in Australia, combined with the heat that the social media giant has been facing in 2020 with regards to news and the company’s advertising influence, means that the platform could face further challenges in the United States. Josh Pasek, an associate professor of communications and political science at the University of Michigan, said, “With a desire among politicians on both sides of the aisle to think more seriously about regulating social media companies, it is clear that changes are in the cards for Facebook.” All eyes are now on Facebook and what’s going to happen next in the situation with Australia, as this could be indicative of what could happen in larger countries where the company has a much bigger user base.

With tech giants like Facebook and Google making such headlines, it will be interesting to see how the effects play out in the financial markets, as it could stir up the kind of price volatility that presents both opportunities and risks for those involved in stock trading as CFDs or Contracts for Difference. CFDs allow you to take advantage of price movements in both directions—increases as well as decreases—of a wide variety of shares in companies like Facebook and Alphabet (Google’s parent company) without having to purchase the underlying asset (in this case any actual shares). Essentially, you can trade on volatility.

At iFOREX, you can choose from a wide variety of CFD instruments including stock trading assets in the companies we’ve listed as well as commodities, leading global indices, ETFs, foreign currency pairs, and cryptocurrencies. The iFOREX platform is equipped with a selection of advanced trading tools and features including market alerts, trading signals, analysis charts, and built-in risk-management features such as Stop Loss and Take Profit orders.

iFOREX also offers educational resources for traders of all levels including how-to PDF guides, video tutorials, and 1-on-1 training with a live trading coach who can help develop your CFD stock trading skills at your own pace.