Home - Top Stories - There is still hope for a Brexit deal, says Johnson
Top Stories
by George on September 16th, 2019

There is still hope for a Brexit deal, says Johnson 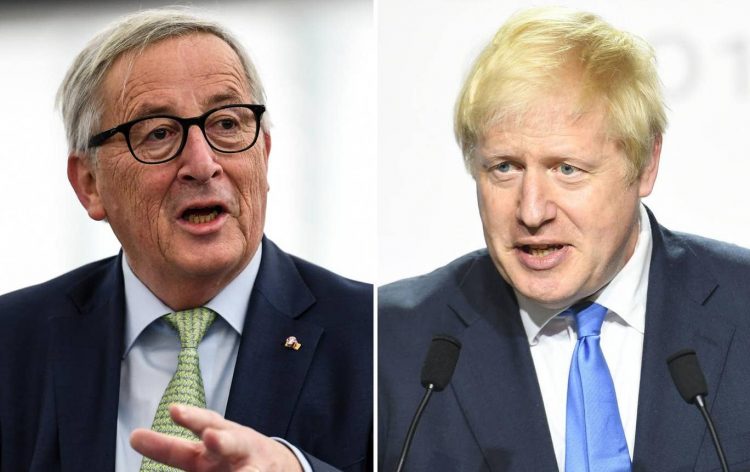 Right before his Monday meeting with European Commission President Jean-Claude Juncker, Boris Johnson wrote in his Daily Telegraph column that his government is determined to strike a deal with the EU, even though many of his opponents are trying to “crush Brexit”. In this column, Johnson mentions the real possibility of ending the Brexit process peacefully and fruitfully for both parties.

The main reason why almost 52% of the UK’s population voted to leave the European Union was to immediately break the dependency and regain control over internal affairs. However, the actual results were not so fruitful. With several talks about the terms of Brexit, we’re still nowhere near the clear path of this divorce. We’ve even seen governmental crises amid the Brexit talks. This shows how the political mainstream acknowledges the greater implications of no-deal Brexit for the UK (and for the EU likewise).

It was for this delay that the UK Parliament passed a law, which prohibited no-deal Brexit and mandated the prime minister to write to the EU to extend the agreement period if it has not been reached by October 19. or Parliament hasn’t given consent to leave without a deal.

Johnson wants a deal, but he can do away without it

It seems that Johnson has some hard feelings about this law. He has already made it clear that he has no intention to ask for extensions and delay the process even further. According to him, he will not accept any extensions offered at the summit next month and will not ask Juncker for it either.

He actually plans to fight against the newly implemented law in court after the October 19. deadline, and if there’s no progress made during these next few days, he will probably pursue a no-deal Brexit. There’s also a chance that the no-deal opponents will offer a draft for canceling Brexit once and for all and ending this entangled process.

Expectations in the EU

While Johnson seems pretty determined about his course of action, there are some doubts lurking under the European politics. Juncker recently voiced his concerns about the improbability of Johnson bringing any viable plan to the table. He also added that, even though many UK politicians promise greater independence and prosperity, there’s also a big chance of “utter chaos” if Johnson proceeds with his plan of no-deal Brexit.