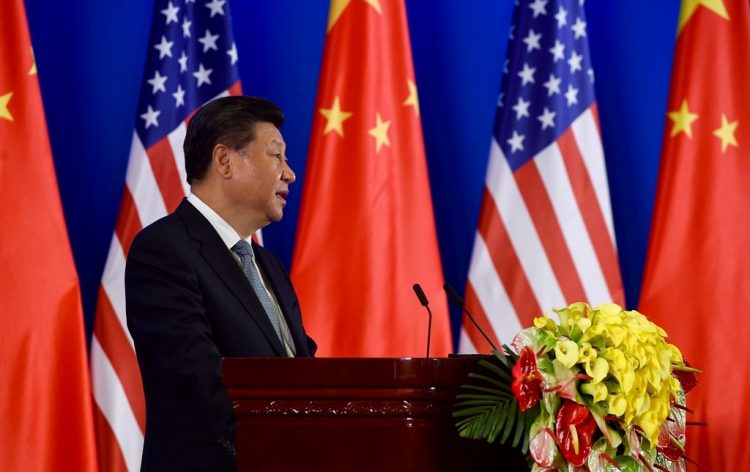 If there’s one thing we know about the markets, it’s that they don’t like uncertainty and conflict. A look at how traders react at any time of stress confirms stocks, indices and currencies can fluctuate wildly as a result. And right now, we’re in one of the biggest trade war stand-offs in recent years, featuring the world’s two economic powerhouses.

Escalating tensions between the United States and China are serious, and as recently as this week sparked a fall in oil prices. The only certain business they’re doing right now is trading in insults. And when these two fall out, the whole world will feel the economic effect.

The latest twist in this battle of wills sees something of a blame game going on. The US administration says it’s China that’s misrepresenting trade talks between the two countries, accusing the regime of “backpedalling” on trade agreements.

But those comments were only made after China had taken a swipe at the US, accusing the Americans of causing deadlock. A paper released by the regime said: “The US should remove all additional tariffs imposed on Chinese exports.”

China claimed it wanted to reach trade agreements because that would be a “win-win” situation for both countries, but tellingly, the paper added, “mutual respect” was required, indicating they feel the US is too dismissive of China’s concerns.

US President Donald Trump felt his country was getting the rough end of the deal and, in 2017, imposed tariffs on Chinese products worth billions of dollars, adding 25% on a wide range of consumer and industrial items. China then retaliated with similar restrictions on US products, including coal, chemicals and medical equipment, and there was a stand-off until December when both sides agreed to take stock and hold talks.

How this hits the markets 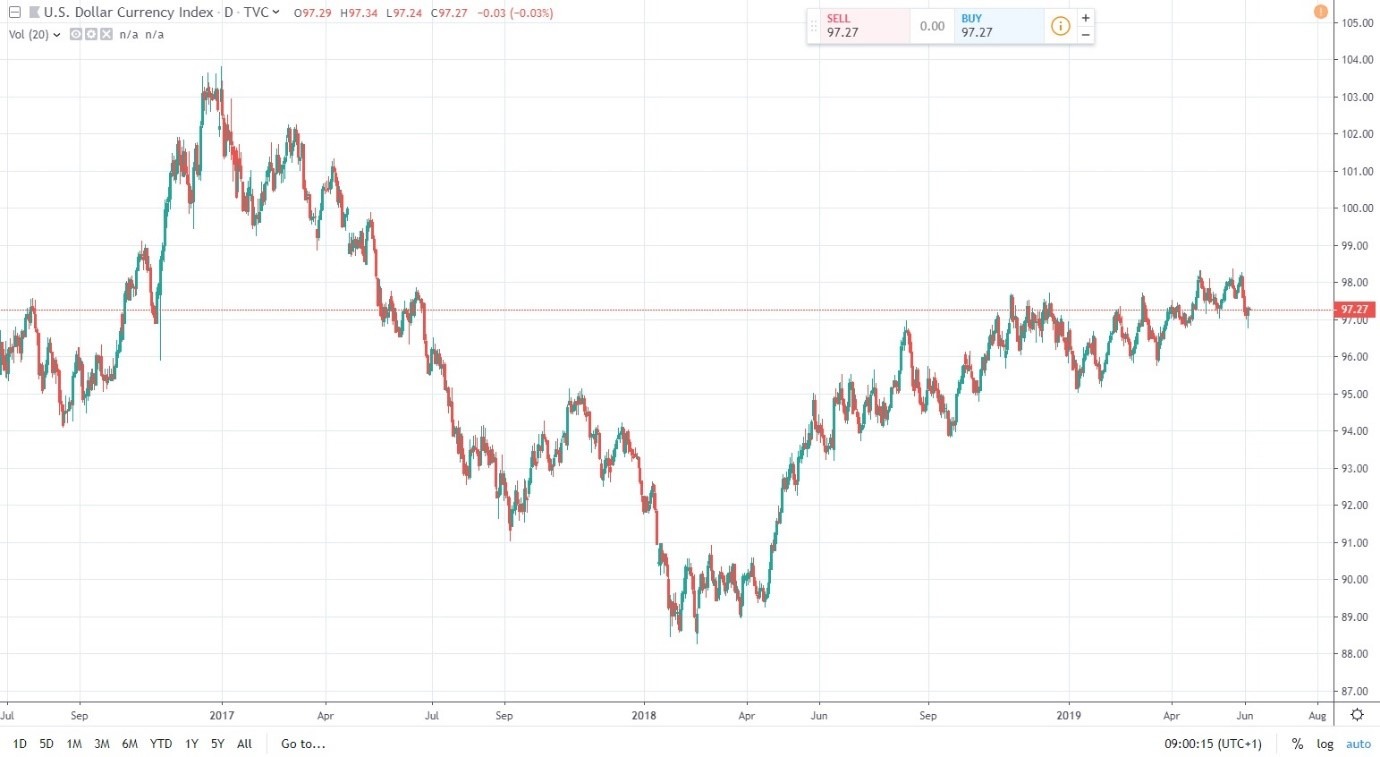 A good indicator is to look at the DXY index, which relates the value of the USD against a collection of other currencies around the world. You’ll note the high of 103 in 2017 and then the rapid decline throughout the year as trade war tensions with China emerged, falling to as low as 89 at the start of 2018.

The index rallied up to around 97 towards the end of the year as it seemed there could be a breakthrough, but since then, despite a slow improvement, there has been much volatility along the way. Financial traders themselves love volatility since it opens up profitable swings on the markets – but any part-time investors thinking of cashing in should be wary of falling foul of brokers promising profits that are not realistic by any measure.

The all-important Dow Jones had been taking a big hit since the end of April, falling from highs of 26600 down to 24700. The last few days have seen a rally back up to 25500, not because anyone is expecting a breakthrough with China, but because there may be another interest rate cut to counter the trade war economic impact.

Why do tariffs matter?

The central focus of this tit-for-tat trade war is tariffs. For the US, these tariffs, in theory at least, make US products cheaper for its citizens and industries to purchase than the equivalent Chinese imports.

Raising tariffs certainly fits with Mr Trump’s clear policy of “making America great again”, and there is no doubt it has made a difference to home-grown industries like steel, and employment is at the highest levels for years.

But the flip side of the coin is US industries will start to feel the pinch when, because of the retaliatory tariffs imposed by China, exports are hit. And when that happens, the domestic supply chain also takes a dent.

As recently as last October, the International Monetary Fund warned that escalating trade tensions between China and the US would impact worldwide economies – and promptly lowered its global growth forecast for 2018/2019.

It noted how countries around the world are tied closely with the economic giants of the US and China – and that any shockwaves there would ripple out and affect everyone else. Throw in economic rumblings in the Eurozone over the continued Brexit saga, and crisis-hit Venezuela in its sixth year of recession, and there’s not much to be cheery about.