Home - Top Stories - Wall Street Down, Nasdaq Down 2% As IT Giants Sell Shares
Top Stories
by Martin on October 5th, 2021

Wall Street Down, Nasdaq Down 2% As IT Giants Sell Shares 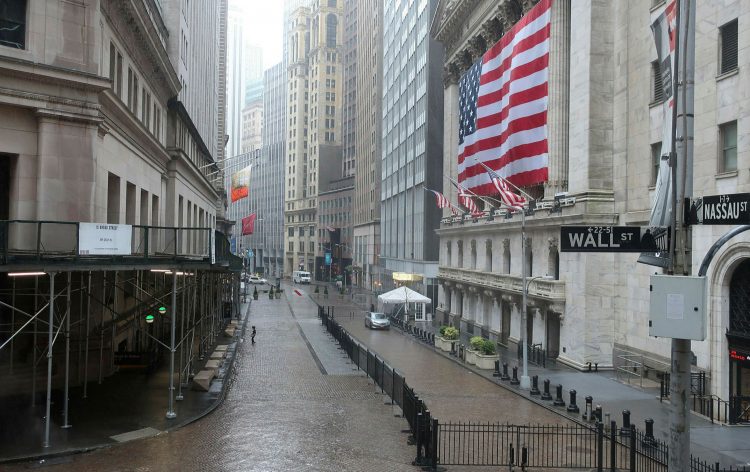 US stocks were down sharply on Monday as investors move from major tech stocks and other growth stocks to treasury bonds that are showing skyrocketing yields.

Shares of Apple (NASDAQ: AAPL), Microsoft (NASDAQ: MSFT), Amazon (NASDAQ: AMZN) and Google Alphabet (NASDAQ: GOOGL) – the four largest US companies by market cap – fell more than 2%. Facebook, which ranks fifth in terms of market value, plummeted by nearly 5% due to disruptions in the social network of the same name and the Instagram application (NASDAQ: FB).

Jack Albin who is a Chief Investment Officer at Cresset Wealth Advisor noted that for large tech companies, this is a short to medium term phenomenon, part of a correction. The rates were clearly too low, thanks in large part to the central bank policy, and now that investors expect a gradual tightening of this policy, rates are approaching their real values.

The yield on US Treasury bonds rose due to the lack of a solution to the problem of the government debt ceiling in Congress and on the eve of the publication of the September labor statistics, which may become another argument in favor of reducing the volume of purchases of assets by the Fed.

Meanwhile, US President Joe Biden said on Monday that he cannot guarantee that the federal government will not reach the limit on government borrowing unless Republicans, along with Democrats, vote to increase it in the next two weeks.

The Dow Jones fell 0.94% to 34.002.92 points, the S&P 500 dropped 1.3% to 4,300.46 points, while the Nasdaq fell 2.14% to 14,255,485 points. The S&P 500 and Nasdaq finished Monday at their lowest levels since July. Pharmaceutical company Merck & Co (NYSE: MRK) gained 2.1%. The company’s share price has risen since last Friday when it announced positive results from clinical trials of the first oral drug against coronavirus. Tesla (NASDAQ: TSLA) Inc rose 0.8% after the company reported record shipments in the third quarter.