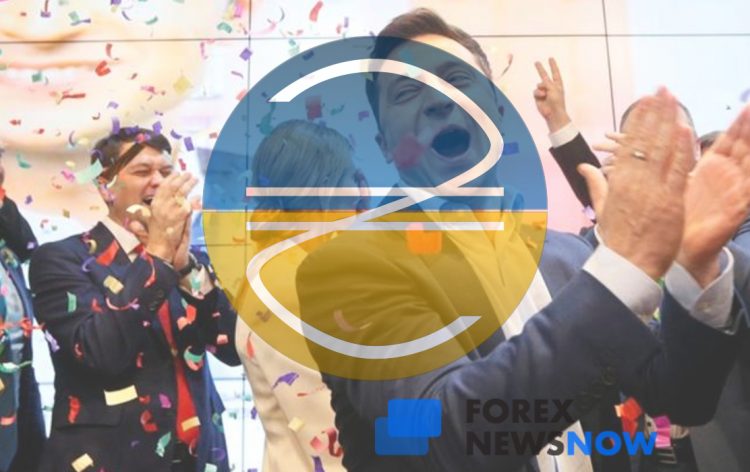 The much-talked-about Ukrainian Presidential election is finally over. Volodymyr Zelensky, to nobody’s surprise, is the country’s next president. The comedian turned actor, turned politician will assume office after a landslide victory he achieved in the Ukraine elections last night.

Zelensky managed to capture over 73% of the votes in the second round. These elections are cathartic to the Ukrainian people on a lot of different levels. First of all, it makes for a great story.  The entire story has a movie quality to it.

Zelensky has been playing a teacher who ends up becoming the president of Ukraine on a tv-show for several years now. And now, it seems the show has manifested itself into reality. But real life isn’t a controlled environment like a tv-show set. Having coasted through the election mostly on sentiment for the story, public’s sympathy for himself and antipathy towards the billionaire Poroshenko’s government, he hasn’t’ presented a clearly defined gameplan for specific changes he plans to implement on multiple levels of government. His campaign mostly relied on exposing the acting government’s corrupt ways and capitalizing on the people’s desire for change and the Ukraine election polls reflected that fact. He effectively utilized the media, viral content, and finally, with the support of the country’s armed forces behind him, the outcome of the elections seemed almost predetermined. 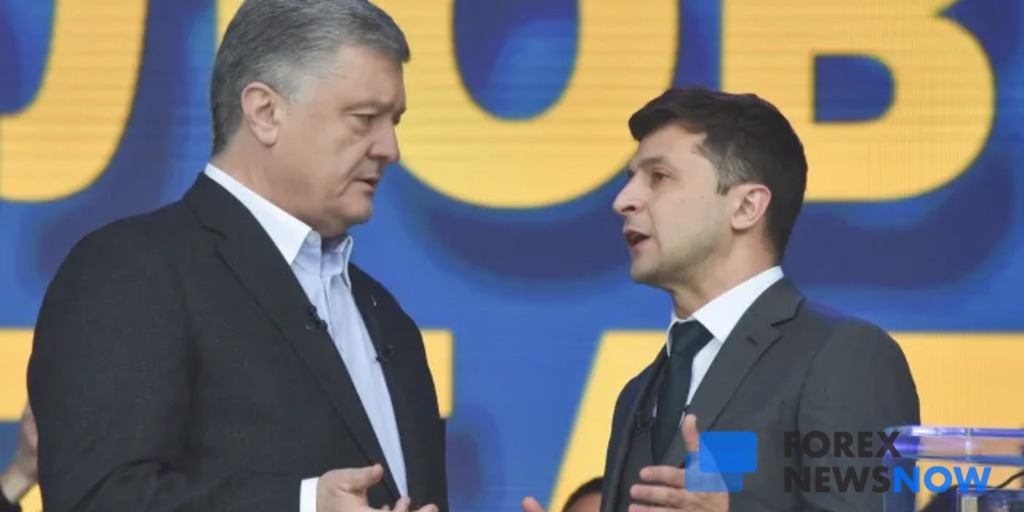 Still, having never provided detailed plans on his policies, it remains to be seen how his presidency will affect the country’s political situation and status, both internally and on an international level. How will hryvnia, the national Ukraine currency react to the recent developments? What will happen in the future? Some starting data and predictions are already available from financial institutions and leading Forex traders or experts.

How did the hryvnia react to Mr Zelensky’s victory? 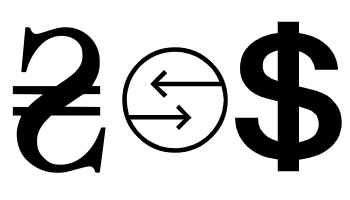 The National Bank of Ukraine has already published the official exchange rate of hryvnia. Since the Ukraine election results have been published, the currency is down 2 kopiykas (2/100 of a hryvnia) in relation to the dollar on regional and US exchange websites. As of April 22, 2019, the country’s financial authority has decided on the following official rate for hryvnia:

The National Bank’s official hryvnia exchange rate 3 days ago, on April 19th was as follows:

As we can see, so far, there have been no profoundly negative or positive effects. Still, changing the leadership is a prime concern among the Ukrainian voters, as well as financial and political analysts. Besides, as the situation progresses, more data will likely start rolling in.

The country has just recovered from the financial collapse of 2014-2015. Therefore, it’s no wonder that everybody’s highly concerned “what happens with the dollar” once Zelensky steps into office.

Ever since Ukraine achieved independence with the collapse of the Soviet Union, all political perturbations have led to economic problems. Ranging from mild stepbacks to full-on systemic breakdowns. Even minor changes in the exchange rate of the local currency hit developing countries like Ukraine the hardest. Since the local population is often already mostly struggling to make ends meet or cover bank loans, etc.

An average citizen doesn’t know much about the macroeconomy. He doesn’t go too deep into all of the factors that can influence the exchange rates. Speciality financial education is often required to appropriately delve into this subject. So when Ukraine elections and leadership changes are on the horizon, the population just rushes to buy a stable currency while the rate is favourable. That’s how the popular joke about the 3 stages of financial struggles of Ukrainians was born – “1. No money left. 2. No money left at all. 3. We’ll have to sell dollars.”

The public and expert moods before the election diverged. There was no consensus on what to expect, should Zelensky become president. Experts in political and financial matters maintained that the country’s best chance was a peaceful transfer of power. In that case, there would likely be close to no devaluation of hryvnia. However, if Poroshenko were to refuse to vacate the presidential chair, the situation would escalate as Zelensky had the army behind him. And in the case of internal conflict, everyone agreed that the exchange rate would quickly plummet, leading to yet another economic breakdown. Investor money would stop, the population would go into a panic mode regarding their finances, and it would be a dismal situation all around.  Maybe even more so than in 2014, as the businesses and sponsors would be tired of endless conflicts and revolutions.

What’s in the future for Ukraine and hryvnia?

Thankfully, the worst didn’t come to pass. Poroshenko has already agreed to step down and ensure a peaceful transfer of power. He has, however, vowed to stay in Ukrainian politics and keep active in the upcoming processes. Therefore, the USD to UAH speculation has become more complex and convoluted.

In 2014, when the power vertical rebooted once again for Ukraine, the leading position in the country became occupied by people catastrophically incompetent with the economy. The new government tackled all the wrong problems, treated symptoms instead of underlying causes, and in general, Ukraine merely replaced one increasingly corrupt regime in charge of the country’s resources and politics with another. This lead to a war with Russia, who annexed Crimea in the same year. Ukraine and the international community responded with sanctions. Ukraine also utilized its military might but to no avail.

With Zelensky, however, we can expect more nuance. Especially now, that the worst options for the development of the events are out of the picture. 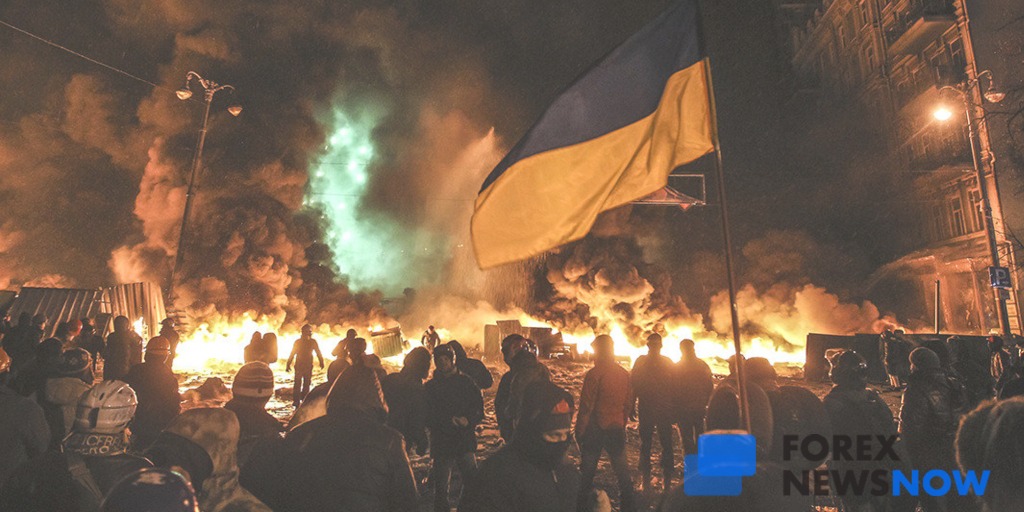 The Ukranian hryvnia predictions differ among experts, brokers, and politicians to some degree. In the end, the political situation is by far not the only factor influencing the exchange rates. Ukraine’s economy is heavily reliant on raw materials. And with raw materials, it’s close to irrelevant who seats in the upper branches of the government. The main factor at play here is the worldwide climate and terms. For now, the situation in that regard isn’t too distressing, but the country still needs to be careful. For example, the prices for metallurgical products are already down at the 2017 levels and if they continue to decrease, it could have a noticeable effect on the flow of currencies, and as a result, on the rising inflation rates.

The analysts over at one of the largest banking holdings in the world Morgan Stanley believe that by the end of 2019, the exchange rate of hryvnia to the dollar will rise to 31 UAH to 1 USD. The USD to UAH forecast is at 32.5 UAH to 1 USD in 2020.