Can Brexit Chaos Deprive London of its Finance Throne?! 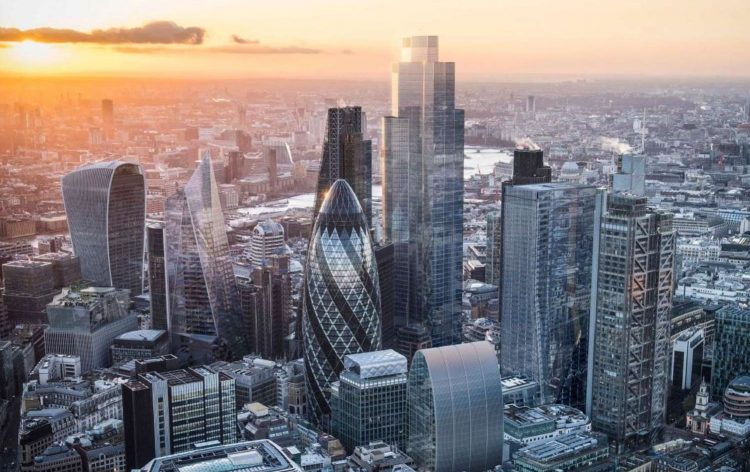 A British property developer, 76-year-old Stuart Lipton is making promising predictions from an equally promising location – a staggering skyscraper of London. Lipton even goes as far as to bet 1.2 billion on the international finance universe still being dominated and controlled by British Capital, in spite of how things turn out with Brexit and he certainly is not alone. Global investors, for instance, France’s Axa, host the bankrolling of Lipton’s big-ticket gambling in terms of local financial districts, and so far the latter remains on the money.

As it turns out, the hysteria of warning events that took place during the 2016 referendum does not seem to comply with the reality whatsoever. More precisely, it was proposed that the financial domination upheld by London would be lost, if the country agreed on leaving the European Union. However, no clear implications of this have appeared thus far and London continues to hold the title of the ”World’s Banker”.

Going back, or up, to the yet-to-become Europe’s second tallest skyscraper, Lipton has revealed to the Reuters that the main strength of London’s financially secure future is its ability to not be easily kept down. Lipton also pointed at the uniqueness of fiscal operations that are prioritized in the city and suggested that nothing is threatening the steady development of London as a finance center.

Statistically, up until June, London has accumulated more cross border commercial real estate than any other major city around the world. Fintech investment is one of the many aspects at which London has been extremely successful as well. The domination of the latter is now in hands of Britain’s capital, although formerly it belonged to New York. The daily foreign exchange market exhibits an impressive increase of 6.6$ trillion and this too has to be attributed to our beloved city.

In terms of trading interest rate swaps, Britain has overtaken the United States substantially and what’s interesting is that this all happened since the vote to leave the EU. Although, ex-French President Francois Hollande did not make the brightest of predictions with regards to clearing euro-dominated derivatives being dominated by London. As it seems, the way London manages to not only retain but expand its authority as a global finance center boggles the mind of the many and has been a single most unsolvable riddle throughout the shaky three-year crisis of Brexit. The city’s standing is concerned to make sure the U.K secures a place at the table of the world’s top politics as it announces split from the EU. This means that EU based companies will still conduct finance raising in London, something that Wall Street heavyweights such as Goldman Sachs and JP Morgan also seem to comply with. In fact, Goldman has recently opened its 1 million square foot European Headquarters, just about a mile away from 22 Bishopsgate, with completed wildflowers on the roof and mothers’ rooms.

Senior industry officials boldly claim that the financial services sector has experienced massive growth since 2016 simply because no considerable competiting force was present during the time zone. The reason the British government refuses to talk about this achievement can be explained by the chaotic and attention-wrenching Brexit talks. Besides, high-rolling bankers do not seem to shy away from their close attachment to the Anglo-Saxon fashion of financial culture which only suggests that no noteworthy exits will be made from London to EU countries after Brexit happens. This prediction is supported by the chief executive of the British division of one of Europe’s largest banks who claims that the majority of the senior bankers will not be too eager to leave London and he would even consider a 20% pay cut in exchange for staying in the city. In simpler words, if you are a London based Italian banker who has spent more than 20 years and takes children to one of the surrounding private schools, there is little likelihood you would agree on moving to Frankfurt or any other EU city.

When it comes to exporting financial services in the world, London is not letting go of the dominant positions. Although, the 2016 referendum turned out to be shocking for the masters of London’s financial universe. It incited triggering the biggest fall of the pound sterling since the 1970s when the free-floating exchange was introduced. Yet still, major financial institutions are against moving their activities and large portions of people until it is finally confirmed that the access to EU’s lucrative market is lost. On the contrary, asset managers, insurers and a number of banks have transferred bonds and derivatives worth over a trillion euros from London to the continent, alongside opening fresh new hubs. All these as a ”payback” to London which will seemingly be cut off from the bloc, in case Brexit occurs in the absence of a formal agreement. The estimated number of people that may have moved by the time Brexit takes place, is said to be around 4000, as suggested by the Bank of England. Although, the main decisions are still made in London.

Investigating the aforementioned matters has led Reuters to contact not only Goldman, JP Morgan or rivals Citi, but Bank of America, UBS, Morgan Stanley, Credit Suisse, and Deutsche Bank as well. All in hopes of determining how exactly the so-called ”no-deal Brexit” may or may not promote the resource transfer from London. The banks gave positive responses in the sense that they expressed readiness and full preparation for a no-deal Brexit. Some executives, such as James Gorman, even declared that Brexit had not even been in his top 200 issues which only means that with or without Brexit he still has a little too much to worry about.

The local data touches upon the employment rates during Brexit and suggests that between 2016 and 2018 the number of people employed in the city has risen by no less than 31000. Although, those employed in the finance sector have lessened in amount by approximately 3000 during this period. This statistical piece cannot necessarily be used against Brexit since it is quite unclear whether unemployment should be accounted for Brexit specifically or it is caused by brand new regulations and structural changes. Namely, the rise of tech specialists at lenders whilst banking jobs of the traditional nature shrunk measurably. Initially, it was estimated that the range for job losses would fall starting from 30000 within the leaving year, and 75000 by 2025. The estimation was done by Brussels-based Bruegel research group and Oliver Wyman who insists to stand by the made predictions. Since it’s notable to differentiate between long-term job losses and those occurring on the first day of Brexit. In any manner, the final number will only depend on the yet-unclear level of market access.

Youssef Cassis, a professor of economic history specializing in financial centers, suggests that the rise and fall of financial capitals as globally important as London, tend to operate at a ”glacial pace” precisely because they possess such extraordinary continuance. Conclusively, the decoupling that might occur between the European Union, a major economic powerhouse, and its bedrock, London, will very much be unprecedented.

The transfer of certain key activities from London has already begun. For instance, the Eurozone government and its repurchase agreements with the daily trading worth of 230 billion euros have already switched to Paris, Milan, and Amsterdam. The latter also became the trading hub for London-based CBOE Europe, the EU’s largest share trading venue. Luxembourg’s financial center promoter, Nicholas Mackel, has pinpointed that if something is going to affect London most negatively, it would have been the shit in activities rather than jobs. He goes on to insist on examining long-term frameworks that will demolish the false comfort people tend to find by only putting emphasis on jobs.

To evaluate the Brexit side-affects from a political point of view, it will be frankly hard for Brussels to come to terms with the fact that even after leaving the EU, 15.9$ trillion EU 27 Economy will still have to rely on the London-based capital. Anonymous Commission official told Reuters that in no way did the EU intend to stifle the British financial sector at the expense of accelerating private markets union plans. However, former head of London Stock Exchange and Ceo of investment manager CQS, Xavier Rolet, does not shy away from asking a blatant question as to why one should expect the EU to answer London economically when the challenge is clearly of a political nature. He goes on to suggest that it will be more expectable if the EU gives political responses even if the latter does not serve the best interests of corporates, banks, and investors. Rolet who formerly claimed that during the aftermath of referendum notable amount of jobs would be lost clarifies that the implications of Brexit are too unclear as of now to make any assessments. Though he does stand by his statement with regards to the potential job losses.