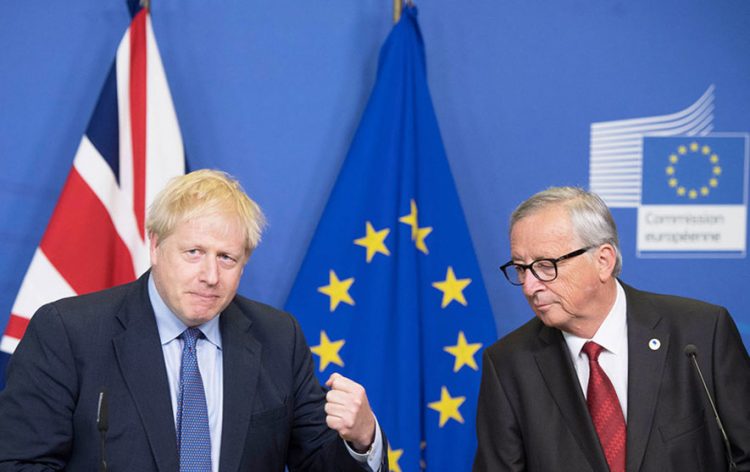 Two key Brexit votes are scheduled for Tuesday and U.K Prime Minister Boris Johnson can only hope to receive enough support from lawmakers.

Over the last few days, Johnson has encountered some serious hindering regarding his plans being carried out and now he faces hard times as well. In particular, the Prime Minister has to face a vote on his Withdrawal Agreement Bill. Afterward, Johnson will have to make sure to rush the bill through Parliament before the October 31 deadline. Surely, he has some spooky days to endure.

The first vote is all about the bill stating how the United Kingdom has planned to leave the European Union. Expectations for Johnson to win are high, although proceeding in principle would only be an approval for the bill. Unfortunately, Johnson lost the vote of crucial importance on Saturday. That means his deal is in urgent need to be passed through the House of Commons before Members of Parliament give their full consent. Consequentially, the bill would pass to the upper chamber, House of  Lords, for ratification of the further purposes.

On Twitter this Tuesday morning, Johnson made a pretty hopeful announcement saying that going for Brexit deal will heal the country and make people believe in themselves again. However, if Members of Parliament make any major changes to the deal till the end of this week, in spite of principally agreeing to it on Tuesday, the government will be expected to pull the bill in actuality.

As of Saturday, the U.K Parliament was expressing a somewhat wishy-washy attitude regarding the vote. Not having a clear yes or no response was later explained by the necessity to approve proper legislation to leave the bloc which further hindered the prime minister’s negotiations with the EU. A vast majority of MPs insisted on these conditions with the implication to prevent a no-deal scenario at the end of the month. This would presumably trigger a law which means Johnson would have to ask for another deadline extension with the European Union.

The House Speaker turned Johnson down on Monday. His request to hold another decisive yes or no vote had been declined.

The second vote will have to determine whether or not Johnson is allowed to impel his legislation through the House of Commons before Thursday and frankly, that is a considerably short period of time due to the imminent Brexit deadline. Afterward, it would proceed to the House of Lords and remain on course to pass in time and give Johnson the ability to comply with his promise of Brexit before the end of the month.

If the above timeframe turns out to be rejected, the request for deadline extension will be inevitable. Certain lawmakers consider this schedule to be rushed and they voice their opposition loudly. The representative of the opposition Labour party, Keir Starmer, in his tweet, said that Bouncing MPs into signing off a bill may cause comparable damage to the country. He described this process as the pressure exerted from the government that serves the completion of the approval oh so necessary for Johnson and his EU negotiations.

Starmer went on to add that Johnson knows all too well extensions do not work in his favor. More time people have to skim through the small print of his deal, more blatant it will become that risks imposed on the country’s economy and communities are real.

Meanwhile, events taking place in the U.K Parliament are being closely monitored by the European Union. Unless there is a clear position from Westminster regarding the Withdrawal Agreement, member states of the EU will not ratify the latter, although they seem to have moved on with the U.K’s departure from the union. Despite EU leaders having approved the deal last week, the EU parliament still needs to deliver its approval.

Former U.K leader Theresa May attempted to negotiate a deal with the E.U back in May 2018, but it got rejected three times by U.K lawmakers.

The most controversial portion of the deal called Irish Backstop was renegotiated with Johnson’s EU counterparts last week. The deal could possibly be approved by the European Parliament next week, if necessary. Although, this will not occur unless the revised text is approved by Westminster.