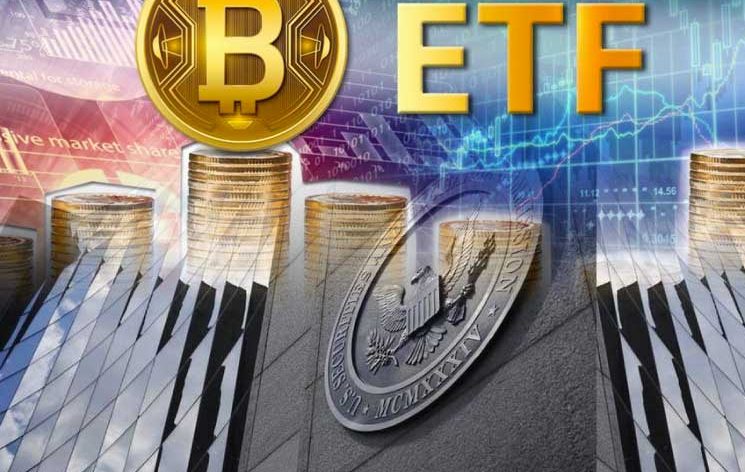 In the first few months of this year, it was announced by the Bitcoin enthusiast Mike Novogratz, that the cryosphere will be receiving new a hit with institutional investors. He even compared it to a stampede of people going for the crypto ride. The blockchain space has proved to be a very interesting place for more and more banks and financial institutions. Which makes Novogratz’s prediction to be true. Unfortunately, the bad news is that Bitcoin ETFs (exchange-traded funds) in the form of applications have been banned en masse by the SEC in the United States. The crypto world is definitely receiving some serious blows from this.

When the possibility presented itself that the Bitcoin ETFs would become a thing, it was basically the spawn of so much hope in the minds of investors that The price of Bitcoin soon jumped from $6000 to over $8300 for a small period of time. However, triumph doesn’t last forever and the Bitcoin ETF application that was denied by the SEC, which was submitted by Gemini creators Tyler and Cameron Winklevoss by the way, sent Bitcoin packing back down to $6000.

The total number of denied Bitcoin ETF applications is equal to 9 at the moment, but the SEC doesn’t seem to be backing down on this one and will grow the number if it sees fit. The Winklevoss application certainly wasn’t the only one to be denied, on the same day 8 more were denied alongside them. Three applications are still on hold, waiting for judgment from the Commision, but judging by how the last 9 applications fared, they don’t really have much for a chance to get through, these aren’t small companies either. Even Coinbase is preparing an application for Bitcoin ETFs.

Are crypto Market gains doomed because of the Rejections?

The last few days has been quite the ride for Bitcoin. It has been locked in a loop of constant up and down progress. A new company makes an application, anticipation builds and price increases, but when the SEC straight up denies it, the price comes crashing down.

However, many investors have been completely missing the messages these short-term increase and decrease games have been sending. It’s quite obvious that anticipation of a decision is what makes holders keep their holdings and want to acquire more, therefore increasing the demand and lowering the supply.