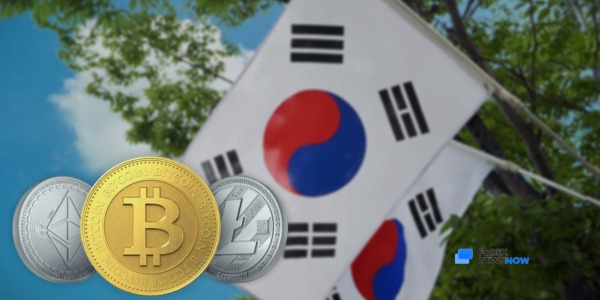 Many countries are worried about the security systems especially for cryptocurrency exchanges as we have seen the increase in numbers of hackers all around the globe. Thus regulators are busy with checking the security systems and the vulnerability of crypto exchanges towards to hacking attacks.
Just yesterday the regulators in South Korea released the outcome of collective inspections that included 38 cryptocurrency exchanges that are presented in the country. Out of these exchanges, fourteen exchanges came out to have poor security. These crypto exchanges were identified to have security problems previously as well and now they have again marked as too vulnerable to hacking attacks.

The collective inspection was conducted by the Ministries of Science and Finances of Korea in collaboration with Korea’s Internet and Security Agency. The inspection lasted four months, starting in September 2018, finishing on December of the same year, it was held as a follow up to previous reviews last year and resulted in finding serious flaws in security systems of cryptocurrency exchanges.

The main reason behind the inspection that took place in Korea was to identify whether or not the crypto exchanges have corrected the issues that were identified in last year inspection. Also compared to the last year 21 new platforms fell under the critical observation of government agencies who are responsible for holding investigations and checks.

As the results show the exchanges that had flaws in their security did not take the necessary steps to improve it for better protection. In addition to it, seventeen crypto exchanges also lacked the arrangements like a password management system, dedicated security and management stuff, crypto deposit and withdrawal control and even proper system to monitor their crypto wallets.

However, not all the crypto exchanges had alarming results, some of the crypto venues have seen great progress in their security systems compared to the previous audit. As a government statement revealed seven companies have dealt well with the flaws they were having and have made the adjustment that the regulators were requesting. These companies – Gopax, Korbit, Bithumb, Coinone, Hanbitco, Huobi Korea and Upbit have got full certification on 85 security items. The last company mentioned, Upbit was also raided by the governments and local police investigations in May 2018. The company was investigated for alleged fraud. However, that time the exchange has passed the independent audits. The audits have shown the full solvency of the exchange’s reserves ratio that stood at 103 percent and cash ratio that stood at 127 percent at that time.

The different approach of Korea

South Korea has a different approach to the cryptocurrency exchanges, crypto in South Korea is considered as assets, but as for the exchanges the government classifies them not as a financial institute but as information providers. Because of this, the responsible party for regulation crypto exchanges is not a country’s financial regulator but the Korean Ministry of Science.

Although, as it seems the Ministry of Science was not taking the necessary steps to ensure the security of the exchanges as the government was often criticized for not doing enough against the hacking damages. This is why the Financial Supervisory Service of Korea (FFS) has announced that they will be having wider inspections on accounting practices that will also include the big crypto exchanges of the country. The announcement followed the launching of the investigation held by the government officials. As the regulator has stated the inspection was about the use of the corporate accounts that could lead to the money laundering.
As per as the latest report released by the central bank of Kora, the amount of the cryptocurrencies that the country’s crypto exchanges hold in their services is worth of $1.9 billion. That means that some of them can be easily listed among the big firms that are targeted by the latest investigation by the Financial Supervisory Service.