Home - Forex Analysis - Cryptocurrency - What is Triggers (TRIG) coin and why is its price dropping?
Cryptocurrency
by ForexNewsNow Team on February 2nd, 2018

What is Triggers (TRIG) coin and why is its price dropping? 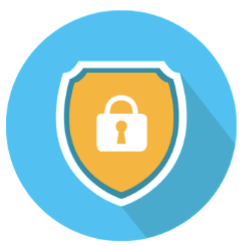 Every other cryptocurrency is launched to help solve a particular problem or improve on a solution. Triggers (TRIG) crypto is a blockchain solution for smart gun security. Blocksafe, the company behind the crypto has used blockchain technology to implement security for the smart gun sector. The design of this cryptosystem is such that innovators are encouraged to build on each other’s achievements so as promote exponential innovation growth.

According to Blocksafe, at least three consensus mechanisms are employed to support the decentralized apps which leverage all the integrated innovations of the blockchain. This coin solves the issue of users having to design and implement securely distributed media for each and every smart gun innovation. Instead, the users are required to just list their innovations on block safes so as to ensure the project’s security requirements are met. Modularization is another concept embraced here so as to achieve exponential growth and mutually beneficial innovations for the coin. In general, Blocksafe does offer numerous applications which enable the development of much-improved firearm solutions.

There are 100 million TRIG coins in circulation. 10 million of these coins have been set aside for development and another 10 million for marketing. 40 million coins are stored as ERC20 tokens and can be exchanged for ERC223 tokens at a future date. After reviewing consensus requests, rewards are issued in the form of TRIG tokens. Counterparty technology is what the tokens are based on and in order to save their triggers, users are simply required to open counterparty wallets.

The performance of the Triggers (TRIG) altcoin

For the better part of 2016, TRIG coin was quite dormant. There was a short time in the month of October though when the market cap surpassed $1.5 million. In 2017, the coin was not as active just like Bitcoin which was the leading crypto with a market cap of $21 billion at the end of April 2017. Towards the end of the year, the price of Bitcoin surged and so did Triggers’. TRIG touched a high of $7.69 and its market cap stood at $246 million on 31st December.

One of the main reasons why the Triggers coin is hectic in 2018, at least for the month of January is because people are focused more on Bitcoin. The price of almost every other crypto is closely linked to the performance of Bitcoin. The market cap of Bitcoin is more than the market cap of the rest of the coins and this carries some weight when it comes determining the price of rest of the cryptos.