Funniest Forex graphics tell the real story of the industry

This industry of ours is not so gloomy and there is enough drama to take your mind off the daily stress. In that spirit, let’s take a break from the tedium and look at some of the funniest Forex pictures trending on the internet. 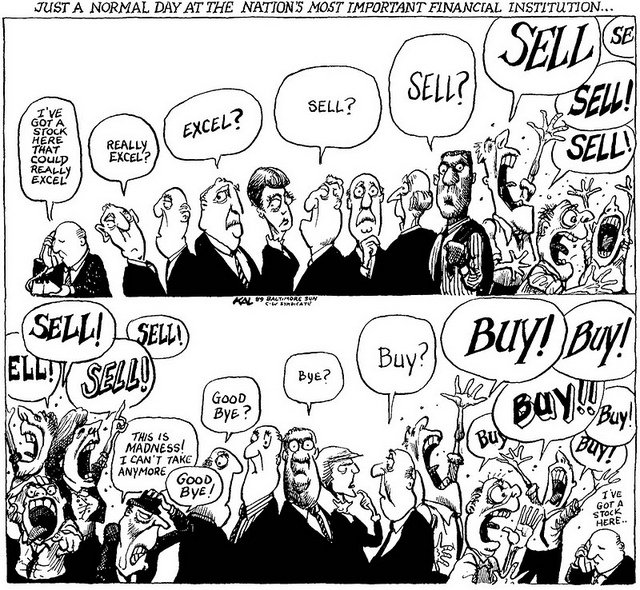 This picture reminds me of a quote that stated that, “the stock market is the only market where one person is buying and another selling, while both expecting to make a profit.” Even though it was said about the stock market, it’s the same with the Forex market, where there has to be someone to take the opposite side of your trades.

The yelling depicted in the picture reminds us of the open outcry system used in exchanges like the NYSE before trading became automated. This is definitely one of the funniest Forex pictures because it sums up several issues about this industry. 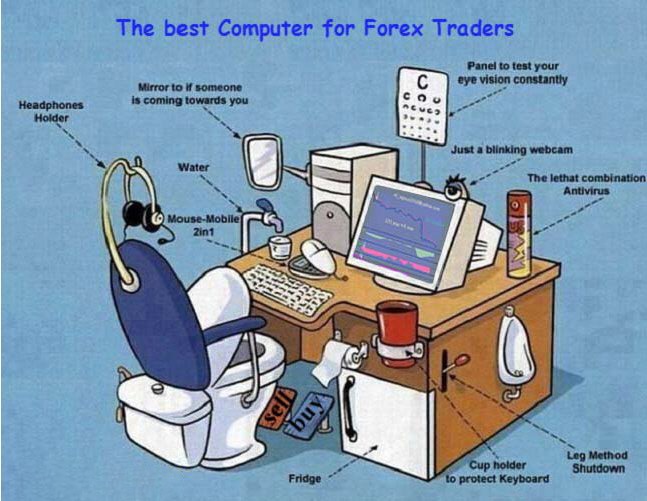 Despite what we are shown in movies about stock trading, the truth is actually the opposite, and any trader can confirm this. Most of the time is spent just analysing Forex charts before placing trades, and this picture emphasized this side of Forex trading. It was Jesse Livermore who said that, “… it was never my thinking that made me the big money, it was the sitting. Got that? My sitting tight.”

Such words would encourage those of us who already know that patience is key to keep doing so and motivate those who don’t to start. The above picture ranks among the funniest Forex pictures to me because it exaggerates this lesson, while still keeping the message alive. 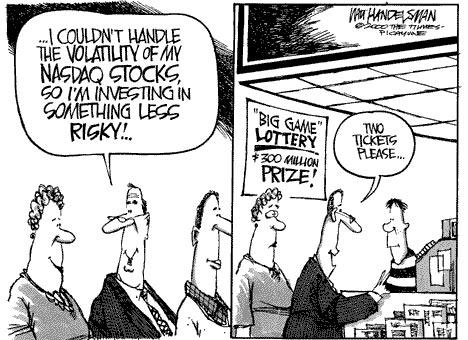 I find this picture to be hella funny because it plays on the traditional myth that Forex trading is just the same as gambling. In the above picture, we see a stock trader opting to play the lottery rather than trade NASDAQ stocks. This indicates that there is so much that goes into stock trading, as well as Forex trading, then there is in gambling or playing the lottery. 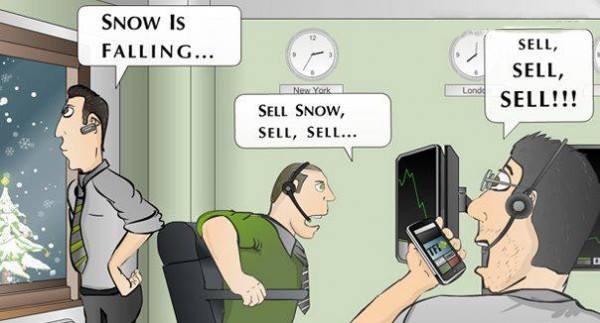 As traders, we all know never to go against the tide, inasmuch as it may be admirable in the real world. The price of a financial instrument is determined by market sentiment, and a multitude of buyers will push the price of such an asset higher. The picture above makes it to the list of the funniest Forex pictures because it shows traders reacting to market sentiment. It’s a reminder to always keep an ear to the ground in order to stay within the tide. 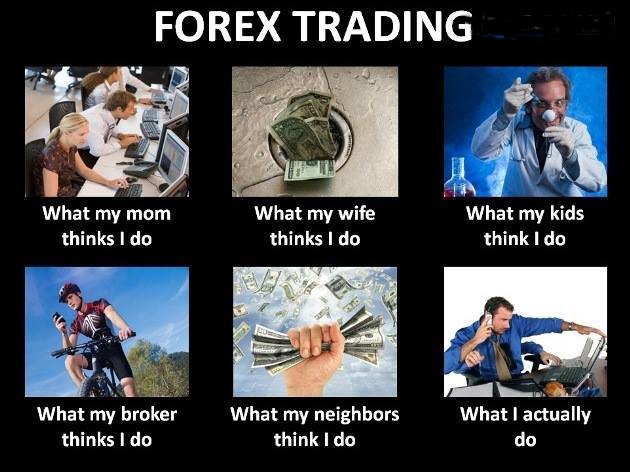 There are a lot of common misconceptions and myths about what Forex trading is all about and what traders do. The picture above shows how different people have varying perspectives despite the fact that the actual truth is a lot more boring. Just like Livermore’s quote on sitting tight, the picture above discourages new traders from mistaking Forex trading for a glamorous career and to be ready for long hours of sitting and boredom. 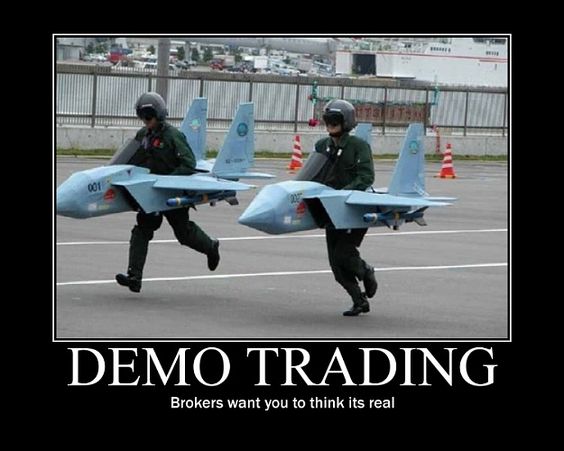 Finally, one of the funniest Forex pictures, it reminds me of when I still traded on a demo account. There is no substitute for actual, live, trading, and every trader who has made the leap knows this all too well. This picture is an illustration of what a demo account, simulating fake risk and without any real danger.