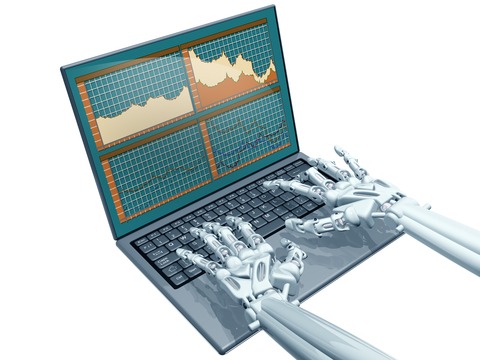 Investment in the stock markets and other popular financial instruments has always been limited to wealthy individuals. The typical minimum amount required by most hedge funds is $1 million, and while mutual funds allow minimums as low as $5,000, commissions and fees are still significant. This leaves a lot of people out of the game, but some capital market startups are looking to change the rules.

The reason for the fees and commissions charged by these hedge funds are to pay the staff and themselves. Let’s face it, all those billionaire investors are making money out of the investors’ capital. To cut the cycle, technology can be used for automated trading, thereby eliminating the need for huge offices and staff. For the investors, this means lower commissions and fees, very low, enough for anyone to finally get in the game. The philosophy here is very simple – having many ‘small’ investors can be as good as a few ‘big’ investors.

Such fintech ventures have become very popular recently, and they are attracting thousands of investors. There are already tens of capital market startups, but we’re only going to look at those with the best terms and, of course, returns.

This is among the most popular capital market startups and it has also attracted a huge number of investors. Currently, the company manages over $4.65 billion in assets, which is almost as much any recognizable hedge fund. At the time of its conception, back in 2008, it Wealthfront only did an analysis of mutual funds but they gravitated to wealth management.

However, instead of having a huge staff filled with analysts and financial gurus, Wealthfront counts on automated software to ensure funds are allocated to various assets. The main assets the company engages in are:

All the above asset classes and more have varying levels of risk, and you get to decide how risk-averse you are. For example, US government bonds are very safe, but their returns are smaller compared to bonds in emerging markets. 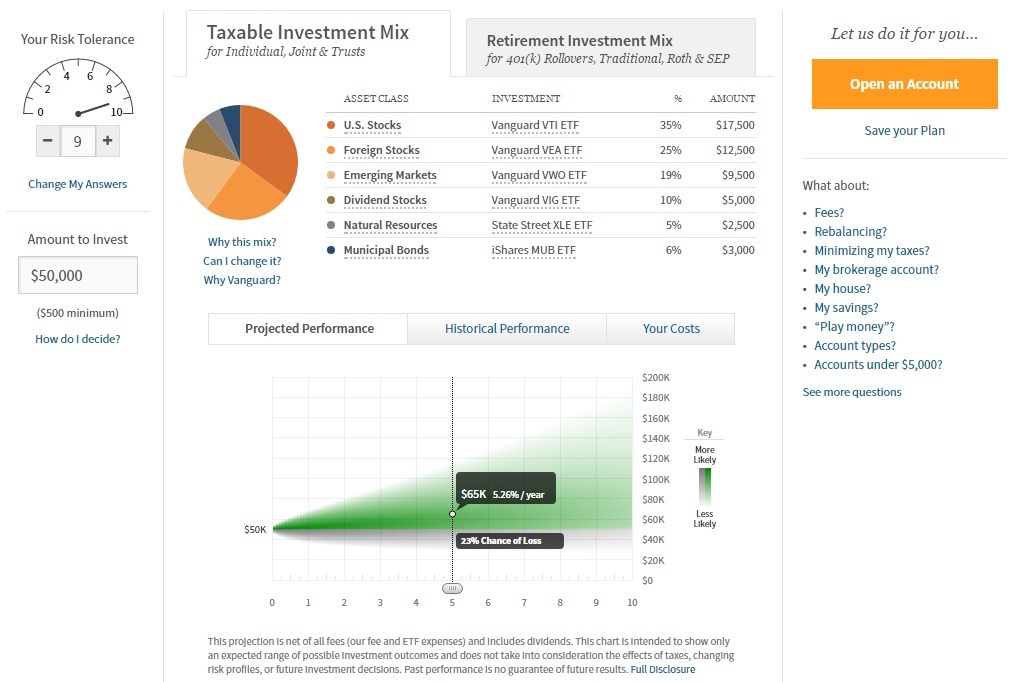 A safe investor would choose the former while a risk-taker can go for the riskier latter option. Once you have started to invest, you select your level of risk appetite, and the automated software automatically allocates your capital to the appropriate asset.

Why is Wealthfront making headlines?

Wealthfront started their wealth management business in 2013 when it had only $97 million in management. That year, the fund grew by 450%, and this is what first caught the eye of investors. Venture capital firms like Benchmark Capital, Index Ventures and Greylock Partners invested in the company. This funding round brought the total investment in Wealthfront to $65.5 million.

Today, the total funding stands at $129 million after more investors came in. From then more clients have joined the fund bringing the total assets to the current $4.65 billion. Average annual returns from the time Wealthfront was founded in 2013 are 6.73%, and so far this year there has been a 3.62% return in just one month.

The other unique feature by Wealthfront is their 529 college savings plan which is targeted at parents wishing to save for their children’s education. The plan starts off quite aggressively and then tapers off to become conservative as the child nears college age to avoid losing the investment.

How much do you need to invest?

The minimum capital required is $500, and there’s no fee charged for accounts with up to $10,000. Above $10,000, a 0.25% management fee is incurred, but this is far from the 2% management fee of most hedge funds and an extra 20% performance fee. You can always monitor your account from your computer, tablet or smartphone and change your risk appetite any time you want. Furthermore, you can withdraw your money whenever you want, which is better than the typical 2-year lock-up period in most hedge funds.

This was among the very first start-ups to engage in the capital market. The idea began in 2008 when the company was founded, but it was launched in 2010 at TechCrunch Disrupt. The company won the award that year, and that was the beginning of Betterment. Currently, it is the largest independent capital market startup with assets under management (AUM) around $7 billion. Other similar companies which use automated trading like Schwab Intelligent Portfolios are a branch of the bigger Charles Schwab Corporation, although they have more AUM.

From its launch in 2010, Betterment has increased its client base from just 400 and $3 million in investment to more than 195,000 clients. There has also been a lot of interest around the company by angel investors and venture capital (VC) funds. By 2014, the company had $45 million in investments and $105 million at the beginning of 2015. Further investments came along the way, with some major investors including Kinnevik, which invested $100 million in 2016. Other notable investors include Menlo Ventures, Bessemer Venture partners Thomas Lehrman and many others. The company is also listed as the fastest growing Registered Investment Advisor by the Financial Times.

Unlike Wealthfront which deals with several types of assets, Betterment deals only with ETFs. However, these ETFs include stocks, bonds, commodities and 9 other financial instruments. Therefore, even though ETFs are the main item, the clients’ portfolio still remains diversified. 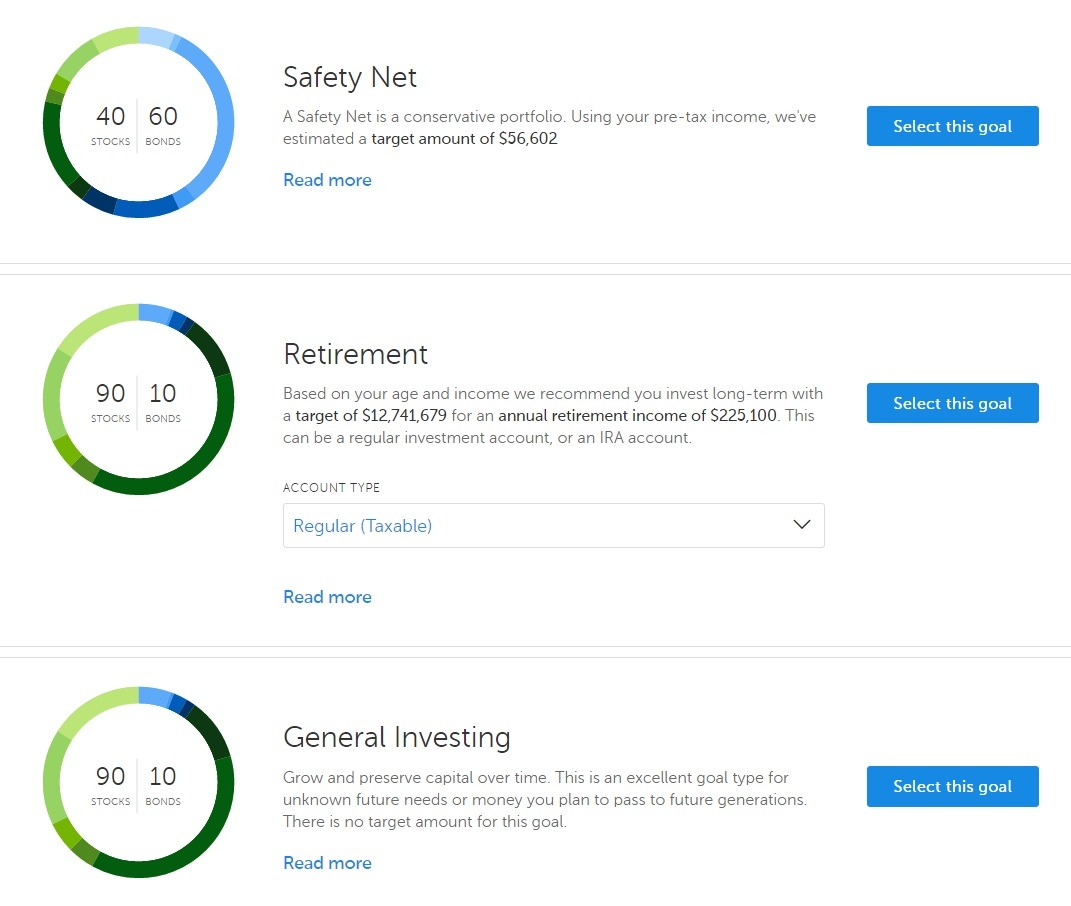 To assign which assets a client’s funds go to, Betterment uses a risk tolerance as well as a goals assessment. Combined, the client’s account is better able to perform according to their expectations. The performance of the company, starting from 2013 to 2016 brought an average annual return of 8.08%.

The company’s primary operations are carried out automatically using computer algorithms, but they have now introduced 2 other packages that involve human interaction. With these packages, the client is able to communicate with a financial advisor by phone or email to monitor their account.

Betterment does not have a minimum requirement to invest, and the charges are fixed regardless of the amount of capital. The standard package, automated trading with no direct human interaction will impose an annual 0.25% fee, while the other 2 packages will incur a 0.4% and 0.5% annual fee depending on the package. This pricing is very favorable, and it allows anyone to invest and achieve their goals.

This is the only company on this list that doesn’t charge any fees to its clients, yet it offers similar services. Clients can deposit funds and have it invested in various assets in the market, all without any charge. When asked about this, the co-founder of WiseBanyan Herbert Moore said that the wealth management portion of their company wasn’t the main selling point. Instead of charging fees on the service itself, clients can opt into other paid services also offered by the company. 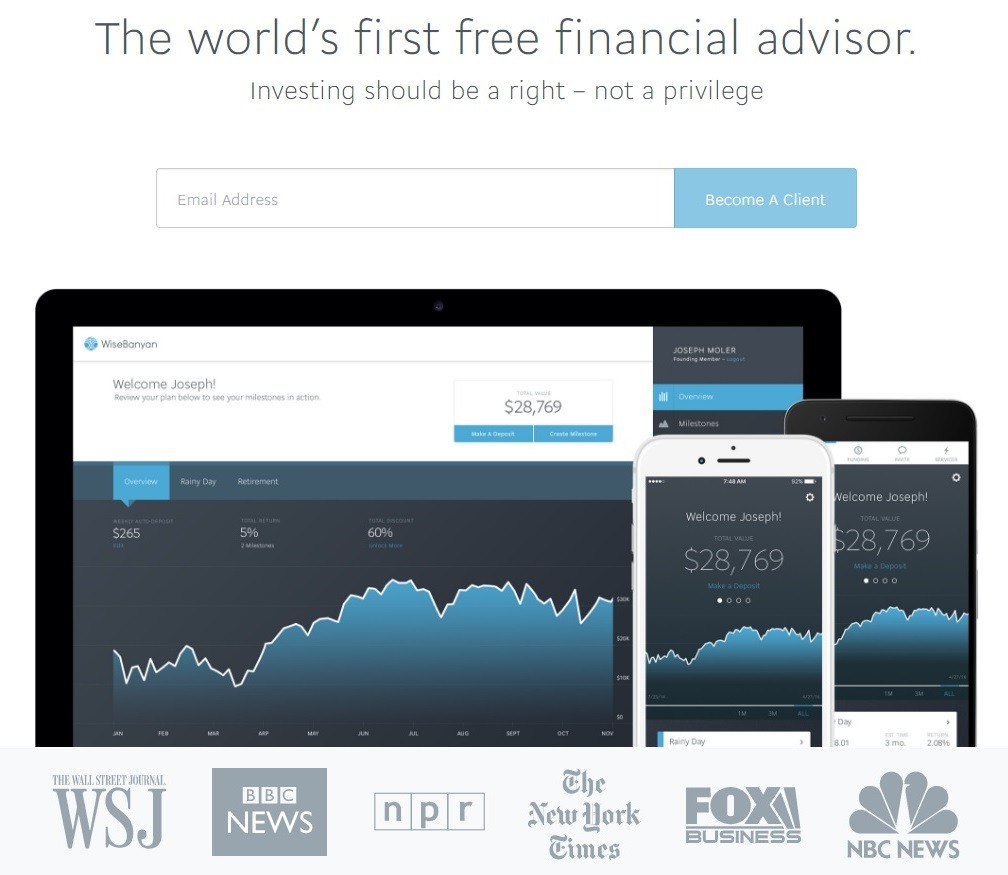 The company was started in 2014 as an investment advisor, whereby clients’ funds would be invested using automatic computer algorithms. It now has more than 20,000 clients and AUM totaling over $100 million. This is an increase from 9,000 clients it had in 2015 and AUM of $22 million.

Their first paid service was the tax-loss harvesting program which minimizes losses by reducing tax on your returns. This service, the co-founder said, has been widely accepted by their customers and they plan to launch other paid services this year. Having paid services would be crucial if WiseBanyan expects to attract any new investors, because investors expect to gain from their investment.

Speaking of returns, the company has had an impressive 8.9% average annual return from 2013 to 2016. The co-founder was keen to point out that the company has been on an 11% growth rate for the past few months leading up to now. This is certainly a company trying to find a niche in a sector which is already concentrated with numerous capital market startups, but their plan seems to be working so far.

Instead of looking at the numbers, Capitali.se sought to make the markets even more accessible through words. Their services are similar to the rest of their competitors, but their interface has set them apart because it uses words. Unlike the other capital market startups where you dictate your goals and risk appetite through a questionnaire, Capitali.se lets you type your goals as if you’re writing your personal diary. For example, just type in “I’d like to buy 100 shares of Google at the current market price” and the artificial intelligence system analyses your words into actionable information.

Behind the curtains, there’s also an automated system that manages your trade using various strategies such as the tax-loss harvesting system to ensure your capital is not lost. You can also leave your capital to the automatic system to manage your trades for you and just dictate your goals. I’d like to see this technology advanced to recognize voice commands above the typed text – that would be very futuristic.

Although the Israeli company’s vision seems too geeky, it has already won the Best in Show award at the FinovateEurope 2016 award. The award recognizes advances in finance, and Capitali.se’s plan is certainly revolutionary.

The future of capital market startups

The idea of automated investing is awesome, but there’s just one problem I see, there is no differentiation. When you think about all the funds that have failed, it was due to lack of expertise, while the best managers thrived. With technology, there is no potential for greatness because of the software work with basically the same algorithm. The competition will become very high, hence the minimal fees and commissions and returns will be about the same across the board. The startups that gain the most clients will only be the ones with the best marketing team. In the future, capital market startups will be very common, and anyone with a bit of capital to set up the necessary hardware will be able to operate one.