How can Russia-Turkey conflict in Idlib develop? 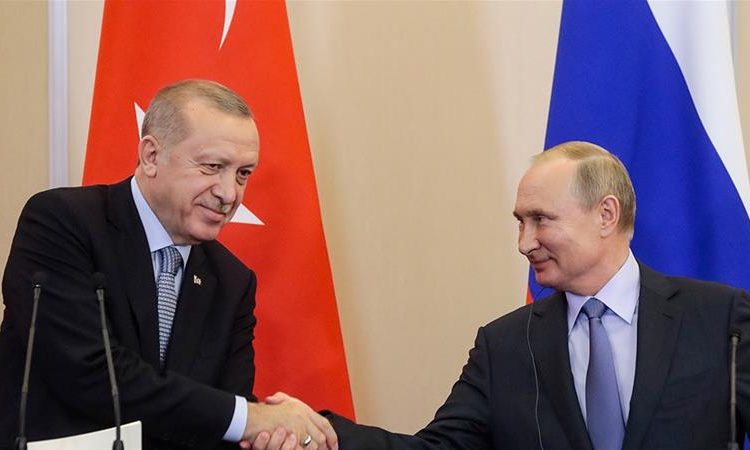 After airstrikes from the Syrian army supported by Moscow killed 30 Turkish servicemen and injured more than 70, the presidents of the two countries – Vladimir Putin and Recep Tayyip Erdogan – spoke over the phone to try and keep the conflict in Idlib from escalating even further.

According to a readout of the conversation:

“ exchanged views on the situiaon in Syria in detail. A serious concern over the escalation of tensions in Idlib was expressed that entailed multiple casualties, including among the Turkish military. The importance of raising the efficiency of coordination channels between the defense ministries of Russia and Turkey was stressed.”

“Both parties emphasized the need to adopt additional measures in order to normalize the situation in the northwest of Syria. agreed to intensify relevant interagency consultations and explore the possibility of holding a top-level meeting in the immediate future.”

“The fight against international terrorist groups was highlighted as a priority.”

“Turkish servicemen within the combat units of terrorist groups came under fire from the Syrian military on February 27 near the town of Behun.”

As stated by the ministry, Russia was in constant contact with Turkish counterparts, “regularly requesting and receiving information” on the whereabouts of Turkish troops. And according to the data received, Moscow was sure there are no Turkish soldiers near Behun during the Syrian army’s “attack of the terrorists.”

Before that, two Russian warships transited from Sevastopol, Crimea, through the Bosporus Strait in Istanbul to Mediterranean waters. 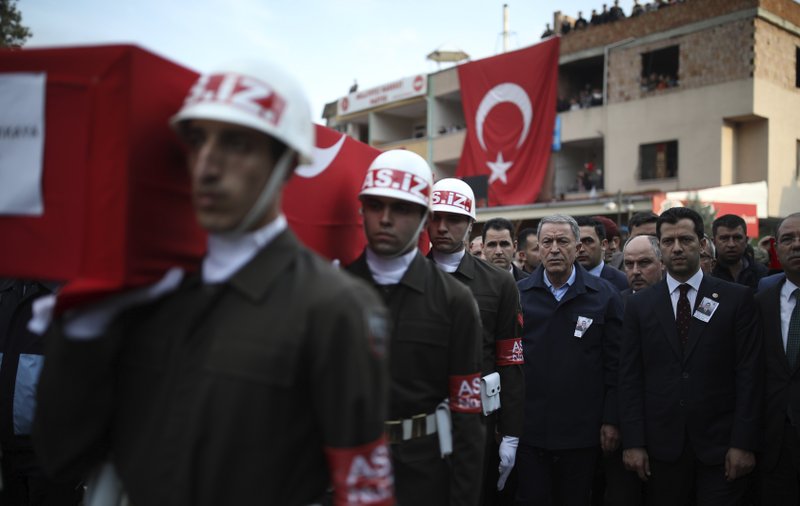 In response to that, Turkey launched military strikes on the Syrian positions, allegedly “neutralizing 309 regime troops.” Moreover, previously, Turkey opened its borders for Syrian refugees to enter Europe. That, as many believe, was done to pressure the Europeans to take a harsher stance on Russia and Syria. Of course, such action created certain concerns around the situation. Namely, Erdogan’s decision triggered angry reactions from Greece, which maintained police reinforcements across the border with Turkey to prevent the inflow of new immigrants coming from Syria.

Moscow was prepared for such a reaction and, therefore, right after it, the spokespeople of the Kremlin stated that the attacks were coming purely from the Syrian army, not Russian forces. In his recent report, Ret. Col. Viktor Murakhovsky, an editor of the Arsenal Otechestva (National Arsenal) military journal, explained the current situation between these two countries:

“This is not a war against Turkey, this is to place flags and stress the red lines that some decided to test. The rules for the big game have long been agreed on with Turkey. They implied, first, the prevention of clashes between the Russian and Turkish militaries. Second, freedom of movement for Russian air forces against terrorist groups in Idlib. Third, a no-fly zone for Turkish air forces in Syrian skies. Fourth, coordination of movement and deployment of Turkish units in the Syrian areas with Russian military command. Fifth, joint patrols on the agreed routes. Sixth, a ban on the transfer of MANPADs to any non-state actors.”

A few days before this strike in Idlib, Russian military circles and associated pundits were discussing the possible ways of stabilizing the situation in the region.

“Should there be a massive military incursion of the Turkish army into Syria, things may spin out of control. The risk of a large-scale military regional conflict is high.”

As Khodarenok believes, Turkey has enough power to overrun the Syrian army within days. Therefore, the outcome of the war depends on the actions taken by other powers like Russia, the United States, and NATO.

“Should Moscow choose not to intervene it will be a political-military fiasco. The Kremlin as a geopolitical player in the Middle East will be done…More than five years of Moscow’s efforts in Syria would be wasted…This will be the price of the Russian non-interference over Idlib,” – he also added.

To summarise, the overall mood among Russian politicians is in many ways similar to one in Turkey.

“If the Turks bet on military force, that would be a really bad idea since winning such a war would be difficult,” commented Vladimir Dzhabarov, the deputy chair of the foreign affairs committee of the upper chamber of the Russian Parliament.

Even though both sides are not happy with one another, they still need each other in Syria and other regions. That is why the “marriage of convenience” can be the best term to describe the situation between Russia and Turkey – they both are not happy together but have to stay together “for the kids”. That includes “joint trade, growing interdependency in energy supplies, the Akkuyu nuclear power plant and the S-400 missile deal as well as other possible contracts and political investments the two leaders have made into developing the relationship.”