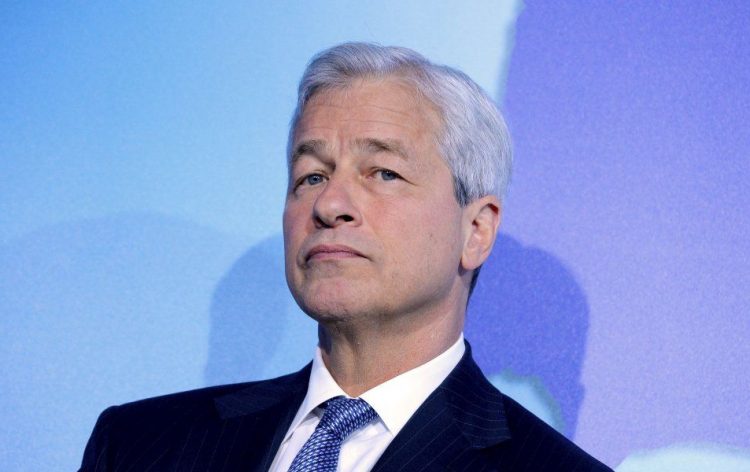 The CEO of JPMorgan, Jamie Dimon, has praised the tax policies of President Donald Trump, saying that they are helping the economy to grow. In an interview with CNBC, he talked about the uncompetitive environment that the taxes have created in the United States, and emphasized the positive effects of Trump’s policies. We needed competitive taxes. The way the American public should be thinking of it is: For 20 years, we’ve been increasingly uncompetitive, driving capital and brains overseas,” – Dimon commented. In addition, he underscored the importance of these policies for smaller businesses that previously might have found it more difficult to compete with established firms because of unfair tax treatment. “We’ve had less small business formation in America than in any other recovery. This has accelerated the growth. It’s been 20 percent over 10 years. It should’ve been 40. The reason it wasn’t 40 is because of a lot of things that we did hurt ourselves,” – Jamie Dimon said during the interview.

Some of the policies he might be referring to include the lowering of corporate tax by the Trump administration from 35% to 21%. There were other policy changes as well that reduced the burden on businesses. The numbers from Commerce Department coincide with the views of Jamie Dimon. According to the organization, the US has shown the largest economic growth in the second quarter of 2018, since 2014. The economy grew by 4.1% in Q2. In 2014, the same number stood at 4.9%, only to decline for the years to come. “Finally, people are going back to the workforce. The consumer balance sheet is in good shape. Capital expenditures are going up. Household formation is going up. Homebuilding is in short supply. The banking system is very, very healthy compared to the past,” – commented Jamie Dimon.

Jamie Dimon was much more criticizing when it came to the trade policies instituted by President Trump. The protectionist approach that the incumbent administration has taken has caused trade wars on multiple fronts, including with economies as large as China and EU. The US has placed tariffs on $34 billion worth of Chinese goods, in addition to several import products from Canada, Mexico and EU. Naturally, these countries implemented countermeasures and responded with their own tariffs, which could turn out to be hurtful to the US economy. Earlier, Trump administration announced a $12 billion relief to farmers in order to mitigate the effects of the trade war.

“I’m a little worried it could create negative outcomes. I think it could offset some of the benefits,” – Dimon said in an interview. He emphasized the trade war between US and China as the main source of disruption to the US economy. This could become a bigger problem as the Trump administration vows to add tariffs to $200 billion more worth of goods. According to Dimon, he along with some of his colleagues have communicated these opinions to the president, but Trump does not seem to have taken these suggestions into consideration as there are no signs of a rollback on the trade policies.

Before the trade wars became an issue, Jamie Dimon had other aspects of the Trump administration’s trade policy to criticize. He suggested that they reconsider working out one-on-one deals with multiple countries and instead think about multilateral agreements. “What we’re doing in some of these places has now opened the door for much more complicated trade negotiations with our allies. We should be working with our allies because we have a common interest,” – he said in an interview. During the same interview, he also commented on the dealings with China, which had not yet been escalated to the point where they are today. Jamie Dimon suggested that there was a reason to be concerned about China, considering unfair competition and the state-owned enterprises, but warned that tariffs weren’t the solution. He also commented: “The president’s doing things his way. I hope it works. We’re going to try to support it as much as we can. I personally would do some of these things differently.”