Largest companies of 2018 by revenue 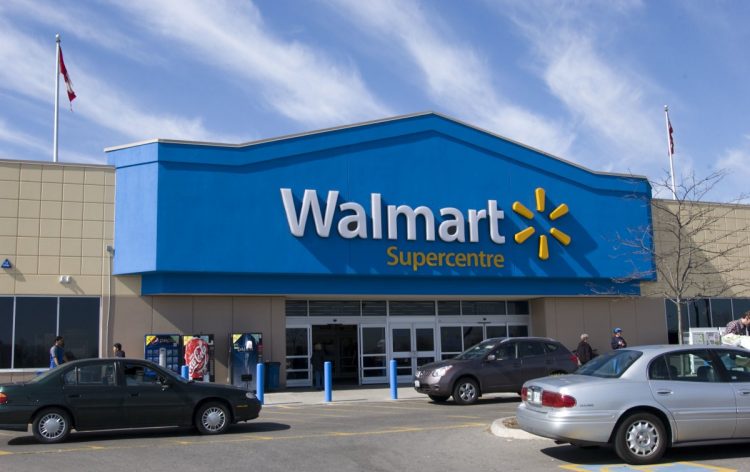 With Apple’s market capitalization hitting $1 trillion, it seems like some of the large corporations are bigger than most countries around the world. The importance of large companies is huge in a world where consumers depend so much on learned behavior and the products they are accustomed to. Furthermore, the rate of consolidation of businesses in the world is very high and the size of these companies is only growing with time. Multi-billion dollar deals where one huge corporation acquires another to form an even bigger corporation are all too common and even though it is not always clear how this affects the customers, the number of companies earning revenues in hundreds of billions is increasing. In this article, we list ten largest companies by revenue. The list is comprised based on Fortune Global 500 ranking, which is published by the Fortune Magazine.

The total revenue generated by 500 of the largest companies around the world exceeded $30 trillion in 2017, out of which $1.9 trillion was the net profit. To put it in perspective, the world GDP in 2017 was around $80 trillion.  This shows how big of a role these 500 companies are playing in the global economy. The picture is a little gloomier when we consider that these 500 companies employee only 67.7 million people and represent only 33 countries across the world.

Walmart is an American corporation that operates a chain of hypermarkets and grocery stores. It traces its origins back to 1962 when it was founded by an American entrepreneur, Sam Walton. Although the name Walmart might be more associated with the US, the company has operations in 28 countries. It has a chain of 11,718 stores but the stores carry a different name based on the location. For example, in the UK they operate under a brand name Asda, in Japan – Seiyu Group and in India as Best Price. Regardless, the main source of revenue for Walmart is still the US as it derives 62.3% of revenues from the domestic market. Besides being the company with the highest revenues, it is also the largest private employer in the world with 2.3 million employees. This number is exceeded only by the US Department of Defense, which employs 3.2 million people.

Although Walmart is publically traded, it is mainly controlled by the Walton family, which own over 50% of the company’s shares. Jim Walton, S. Robson Walton, and Alice Walton occupy 14th, 15th, and 16th places respectively on the Forbes list of richest people around the world. They each have a net worth of over $46 billion, which makes them the wealthiest family in the world by far. Greg Penner serves as the Chairman of the company and Doug McMillon is the President and the CEO.

The State Grid Corporation of China is owned by the Chinese state and has the monopoly on electric utility in China. It is the largest utility company in the world. State Grid was established as a part of the reforms initiated in 1986. The Chinese government, with the aim to increase competition on the market, separated the generation and transmission functions in the electric power system. In 2002, during the final stage of the reform, State Power Corporation of China was divided into two grid companies, five generation groups, and four accessorial business companies. State Grid Corporation of China and China Southern Power Grid Company were the two grid companies established as a result of the split.

Besides having the monopoly on electric utility in China, State Grid has shares in various overseas companies as well. It owns 25% stake in REN, a Portuguese energy sector company; 41% in ElectraNet, an electricity transmission company in Australia; 19.9% in AusNet Services and 60% in Jemena, both of which are also Australian companies operating in the energy sector. 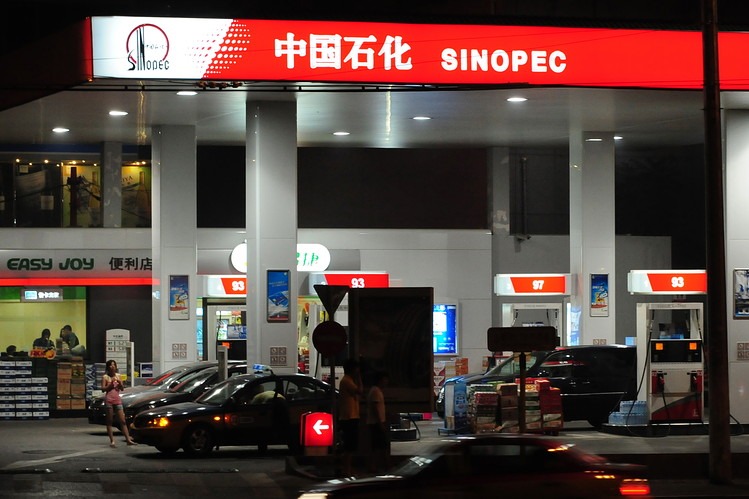 China Petrochemical Corporation, also known as Sinopec is an oil and gas company which is based in Beijing, China. Sinopec Group is administered by State-owned Assets Supervision and Administration Commission of the State Council for the State Council of the People’s Republic of China. The organization is the world’s largest oil refining, gas and petrochemical conglomerate. The operations of its major subsidiary, Sinopec Limited, cover a wide array of activities in the industry, including the exploration of crude oil and natural gas, production of gasoline, jet fuel, diesel, ethylene, synthetic rubber, chemical fertilizers as well as refining and marketing. Sinopec Limited employs about 250,000 people is headed by Zhao Dong, the Chairman of the company, Dai Houliang, the Vice Chairman and President and Chang Zhenyong, who serves as the Vice President.

Yet another Chinese State-owned company on the list is China National Petroleum Corporation. It is an oil and gas corporation that is one of the largest employers worldwide, with over 1.6 million employees. It is a parent company of PetroChina, which is listed on Hong Kong and New York exchanges as well as on the Shanghai exchange since 2007. PetroChina was established in 1999, as a result of the restructuring of China National Petroleum Corporation. CNPC has business operations in 30 countries including Canada, Iran, Azerbaijan, Niger, Thailand, and Oman. It has reserves of about 3.7 million barrels and produces 54 million cubic meters of natural gas. 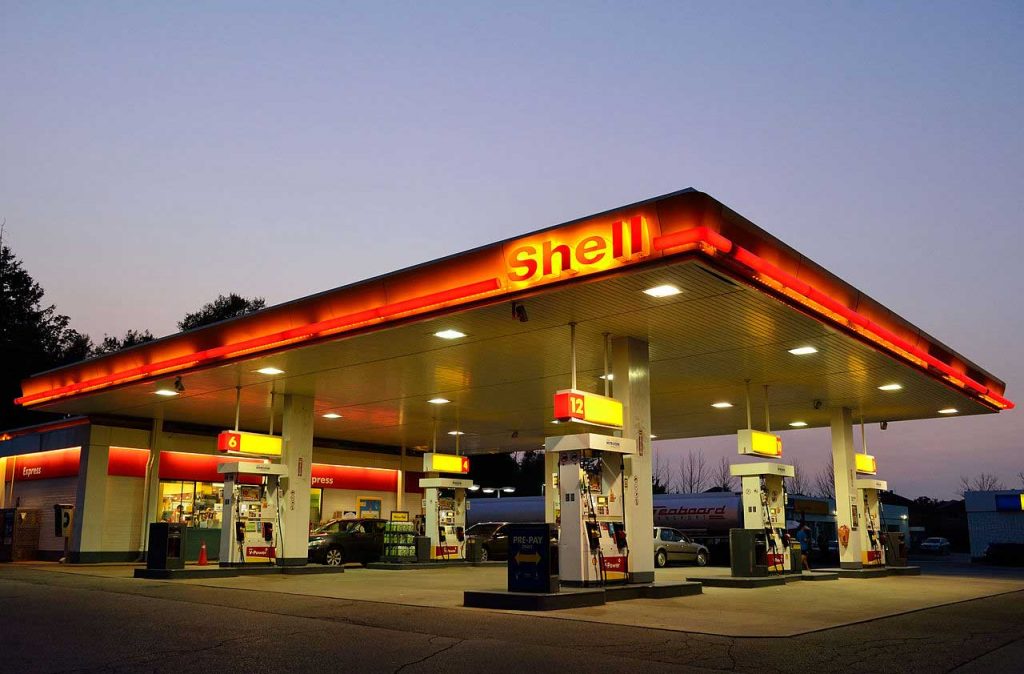 Royal Dutch Shell is a British-Dutch oil and gas company. It has headquarters in the Netherlands but is incorporated in the UK. With operations in 70 countries and 44,000 service stations, Shell is able to produce 3.7 barrels a day. It is the largest company in Europe by revenues. Notably, in 2013, it topped the Fortune Global 500 list. The same year, the revenues of the company comprised 84% of the Netherlands’ GDP. The history of Shell started at the beginning of the past century, in 1907. It was formed as a result of the unification of Royal Dutch Petroleum Company and the Netherlands and the Shell Transport and Trading Company of the United Kingdom. Shell is listed on the London Stock Exchange and has a market capitalization of over $305 billion. It has 92,000 employees. Ben van Beurden serves as the CEO of the company.

Toyota Motor Corporation is a famous Japanese carmaker. Kiichiro Toyoda founded the company in 1937. He created the first product of the company, the Type A engine in 1934, and the first car, Toyota AA, in 1936 while he was still working at his father’s company Toyota Industries. Currently, Toyota is a public corporation that is also the largest Japanese company by market capitalization. Japan Trustee Services Bank owns 9.7% of the company and the list of other major shareholders includes Denso, Nippon Life, The Master Trust Bank of Japan and Toyota Industries. Although Toyota might be the most famous brand associated with the company, it also produces cars under different names including Hino, Lexus, Daihatsu and Ranz. Besides, Toyota owns shares in other companies in the industry, including Subaru Corporation and Isuzu.

The company produces over 9 million cars a year and is the second largest auto manufacturer. For comparison, the number of cars produced around the world in 2016 was 72 million. In 2012, Toyota announced that it had produced its 200 millionth car. One aspect, in which Toyota distinguishes itself in the industry is the hybrid electric vehicles. In 2017, Toyota had sold 10 million hybrid cars. 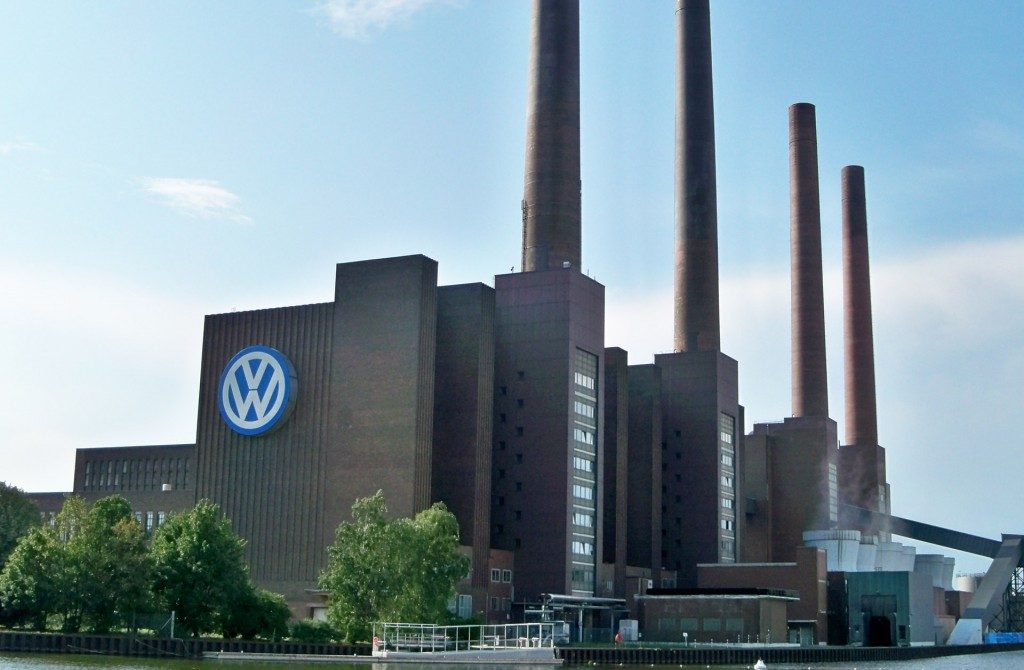 Volkswagen is a German automaker. It was founded in 1937 by a German National Socialist labor organization, German Labour Front, under Adolf Hitler. The company was the largest automaker in 2016 by sales. In 2016, it employed 626,715 people and produced over 10.3 million units. Although VW is a German company, it has manufacturing operations in many countries across the world. The list of these countries includes the US, India, Russia, Portugal, Spain, Poland, Kenya, South Africa, etc. The company’s shares are primarily traded on the Frankfurt Stock Exchange. Its market capitalization is over $75 billion.

BP is a British oil and gas company. It is part of the Big Oil, also known as Supermajors. Big Oil is a term that collectively refers to the world’s seven largest publicly traded oil and gas companies. Besides BP, the list also includes Chevron Corporation, Eni SpA, ExxonMobil Corporation, Royal Dutch Shell, Total SA, and ConocoPhillips Company. BP is also the sixth largest energy company in the world by market capitalization. BP operates in almost all processes associated with the energy sector. It has exploration and production operations, as well as refining, distribution and marketing, petrochemicals, power generation, trading, renewable energy, biofuels, and wind power.

BP has operations in 70 countries across the world and owns a large share in Russian Rosneft. On its own, the company has 18,300 service stations and produces 3.6 million barrels per day. Before BP became this powerhouse company, it had a long history that started in 1908 when the Anglo-Persian Oil Company was founded. Its purpose was to exploit oil discoveries in Iran. It was in 1954 that the company was renamed British Petroleum (in 2001 the company became BP plc). One of the biggest events associated with the company is the Deepwater Horizon oil spill of 2010, which is the largest accidental release of oil into marine waters. The incident cost the company tens of billions of dollars as it had to pay fines of up to $4.5 billion and settle with the five states for $18.5 billion. 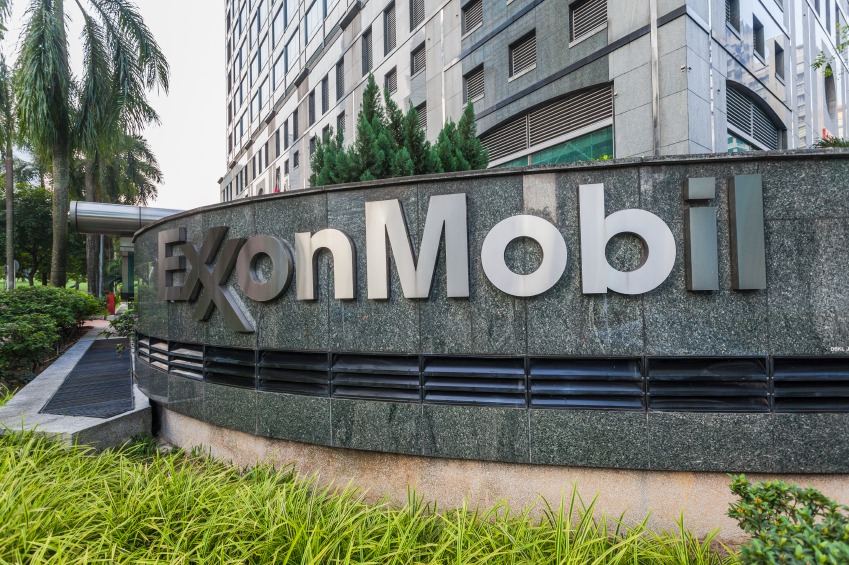 ExxonMobil employs 69,600 people. Darren Woods serves as the Chairman and CEO of the company. ExxonMobil has a bad track record when it comes to the environment. It caused one of the most damaging accidents to the environment with the 1989 Exxon Valdez oil spill in Alaska. Furthermore, the company is known for lobbying for climate change denial.

Berkshire Hathaway is an American conglomerate holding company that operates businesses in various sectors. Some of the famous names under the company’s management include GEICO – a well-known auto insurance company, Dairy Queen – a chain of ice-cream restaurants, Long & Foster – largest private real estate company in the United States and others. Furthermore, the company has sizeable shares in other large companies such as Kraft Heinz Company, American Express, Coca-Cola, Wells Fargo, Apple, Bank of America, etc. A famous American investor, Warren Buffett, is the chairman and CEO of the company. He also owns 36.8% of the company. The number of employees under the Berkshire Hathaway’s management exceeds 370,000. Notably, Berkshire Hathaway also makes the list of top ten of the highest valued companies in the world, with a market capitalization of over $512 billion. The company hasn’t had a stock split and according to Warren Buffett will not have one. As a result, it has one of the most expensive shares in the world, with Type A shares costing about $300,000.